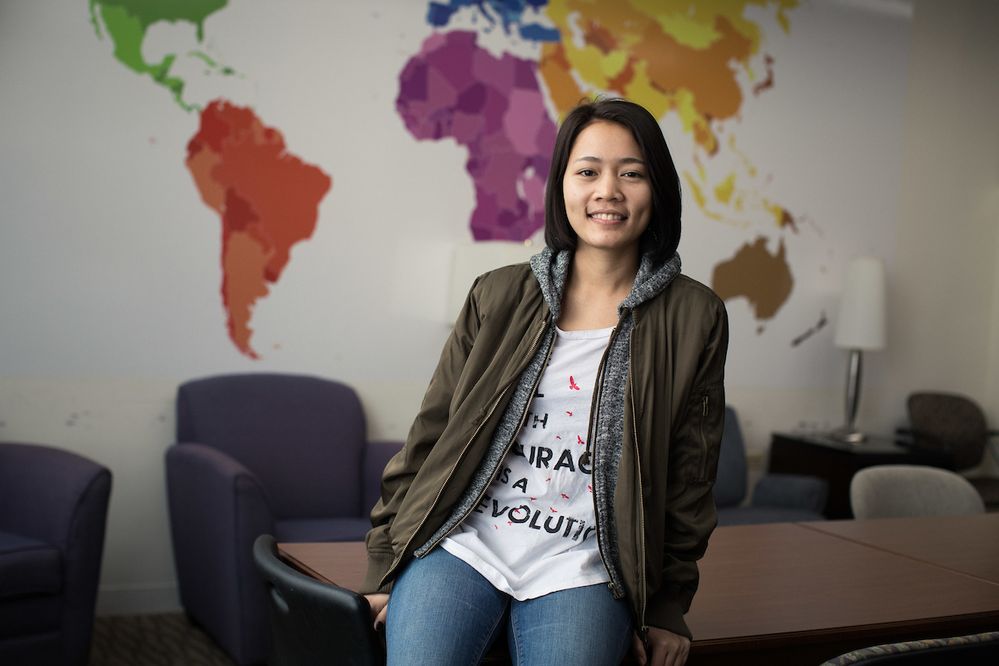 This week the world will celebrate International Women’s Day recognizing the social, economic, cultural, and political achievements of women. Issues of gender parity, equality, and the need for women to have an influential and safe place at the table have permeated recent news and actions. Working to create a more inclusive and equitable world for girls and women has been a core part of my career. Gender equality starts with girls’ empowerment and access to education. No one company, program, or nation can solve this issue on their own. It requires ongoing shared ownership and collective action.

Five years ago, our Intel team recognized that it would be impossible to achieve full gender parity when millions of girls were still being denied the basic right of an access to education. Instead of focusing on a new singular program, we realized that we could play an important role in activating an increased focus on this issue. So, we took a leap – we decided to invest in a movie in order to launch a movement.

Today marks the fifth anniversary and re-release of the film, Girl Rising. This film emphasized how access to basic education can drastically change the lives of young girls in the developing world. Through the stories of nine ordinary girls from Haiti, Nepal, Ethiopia, India, Egypt, Peru, Cambodia, Sierra Leone, and Afghanistan the world experienced their challenges and passionate journey to obtain a good education. Girl Rising introduced us to the faces and families impacted by a world where 66 million girls at the time were not in school* and the what that means for their lives.[1]

In 2010, Intel became the first major corporate sponsor of the Girl Rising film with a strong commitment to the girls featured in the film and to the Girl Rising movement. Our commitment went beyond the financial support needed to produce the film. Our team was truly invested in not only the successful outcomes of these nine girls’ lives, but also in amplifying the message for the need to invest in girls’ education in order to spark a movement. And what a movement we helped to create! To date, Girl Rising has received more than five billion impressions; the film has been shared in countless classrooms, and it has been translated to more than 20 languages worldwide.

Over the last five years, Intel has continued to invest by partnering with local NGOs to ensure each girl in the film has continued to receive a good education. We feel equally responsible for the success of their siblings and have worked to provide quality education to many of them as well.

Intel employees also felt a deep connection to the film and thousands of Intel employees attended more than 100 screenings all around the world. Intel employees helped to spread the word both within Intel and beyond by sharing the film with their external networks, as well as bringing young girls and friends to the screenings. Many were so touched by the film that they participated in volunteer events in 30 countries and hosted special screenings in their homes, at their children’s schools, local churches, and community organizations. Girl Rising touched the souls of some the most innovative technologists on the planet and proved the impact media can have on galvanizing people around an important cause.

When the film was first launched, I expected it would be well received because the girls’ stories were too powerful to ignore; however, I never imagined the ongoing response and the halo effect of this film. Five years later, the stories and impact of Girl Rising remains. Sokha, Wadley, Suma, Azmera, Ruksana, Senna, Mariama, Amina, and Yasmine are now part of the lasting Girl Rising narrative. Intel’s commitment to girls and women endures and while there has been progress, we recognize there is still a lot of work to do. Intel remains a dedicated supporter of girls and women.  We truly believe in the importance of our role and in helping support more girls around the world receive a good education.

Intel is committed to increasing the number of women who go into careers in computer science and engineering. Our work continues to ensure women in Africa have equitable access to technology. And as the world enters the 4th Industrial Revolution, we aim to ensure that the next generation of innovators is more diverse in terms of ethnicity, gender, geography, and socioeconomic status.

As we continue to make a positive difference for women around the world, Girl Rising reminds us that it all starts with one girl. It was true five years ago and it’s still true today. I’m so proud to celebrate the fifth anniversary and the re-release of  Girl Rising which will update the world on the lives and progress of its inspiring stars. It did and continues to make a difference.

From learning to read to becoming a Community Medical Assistant, Suma has pursuing her dreams. Next, Suma would like to attend a more advanced medical course in order to open a medical clinic in her village, where there is currently no doctor. Her ultimate goal is to become a social worker.

Mariama, a teenager from war-torn Sierra Leone, is the first in her family to go to school. She is now studying engineering and, in the future, hopes to advocate for education for girls from lower income families.

Senna has moved out the struggling Peruvian mining town where we met her 5 years ago. She completed high school and is currently in college, studying business, engineering and computer science. Since becoming a mother in 2015, she is more determined than ever to complete her education.

Haiti’s catastrophic earthquake destroys Wadley's home and school but it did not break her spirit. She is now in grade 6, is one of the top students in her class, and is hoping to realize her dream of becoming a doctor.

We met Sokha as an orphaned child, forced to pick through garbage to survive. Now, she is in college studying hospitality management.

Want to learn more about Girl Rising? Watch the “Where Are They Now” documentary short of Sokha from Cambodia and witness where her journey has taken her. Learn more about the other girls featured in the film and how you can watch the re-released film here.