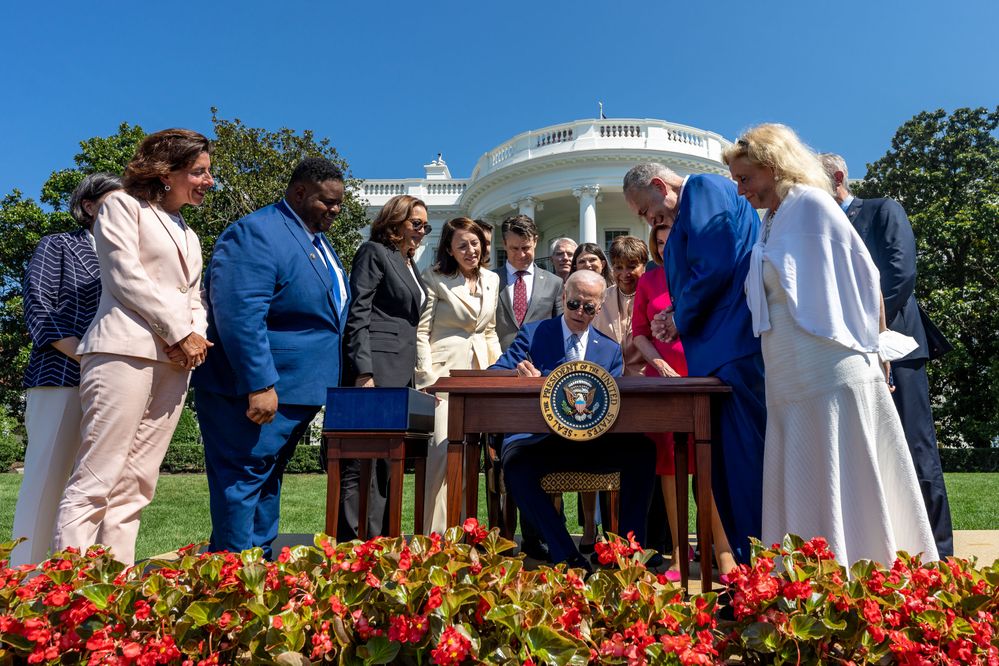 Today, when the President signed into law the CHIPS and Science Act of 2022, he signed the most significant competition policy in a generation. This is a victory not only for the semiconductor industry but also for American technological leadership and innovation. We are already hearing about the massive new investments resulting from the promise of this policy. While the path to this stage was arduous, this is just the beginning of the journey.

For those who haven’t spent a lot of time in Washington, D.C., once a bill has become law, regulatory agencies – in this case the Departments of Commerce, Defense and State – must kick into gear and work on the details of the specific provisions. That’s where the rubber meets the road.  We appreciate the great support from President Biden, Senators Schumer and Cornyn, Representatives McCaul and Matsui, and our delegations in Oregon, New Mexico, Arizona and Ohio. And, of course, the unwavering advocacy from Secretary of Commerce Gina Raimondo has been invaluable. Now the Department of Commerce is accelerating its plans to manage many new programs to advance the act’s implementation.

We don’t have to look far to see what’s at stake with this new law. In just one industry – automotive –  a lack of chips cost $200 billion in lost revenue. Dealer lots are still empty, with 11 million fewer autos produced. Buyers expecting increasingly smart cars have had to, in some cases, accept cars that don’t have the full array of automated features because of the chip shortage.

Unfortunately, daily headlines from East Asia to Ukraine remind us we live in and need to plan for geopolitical uncertainty. That’s why the CHIPS and Science Act is crucial now. It provides a big shot in the arm for U.S. leadership in R&D. It will also ensure that the U.S. builds a leading workforce for semiconductor manufacturing. Whereas the U.S. share of chip manufacturing is heading toward less than 10 percent, now the nation can start heading in a positive direction.

At Intel, site preparation is underway for our Ohio fabs, projected to generate 7,000 construction jobs and 3,000 long-term positions in manufacturing and engineering. This $20 billion commitment builds on another of the same amount to expand Intel’s operations in Arizona and a $3.5 billion manufacturing investment in New Mexico. We also recently celebrated the grand opening of the latest expansion of our lead-edge factory in Hillsboro, Oregon, representing the next phase of Intel’s commitment to driving U.S. leadership in semiconductor R&D.

Yet these won’t constitute our only initiatives. We’ll be supporting the efforts of the Department of Commerce and other leaders as they determine how to move as quickly as possible to address the urgent need to drive semiconductor leadership back to the U.S. We look forward to moving forward on implementation together and helping these investments in U.S. innovation and leadership deliver great returns for U.S. taxpayers.