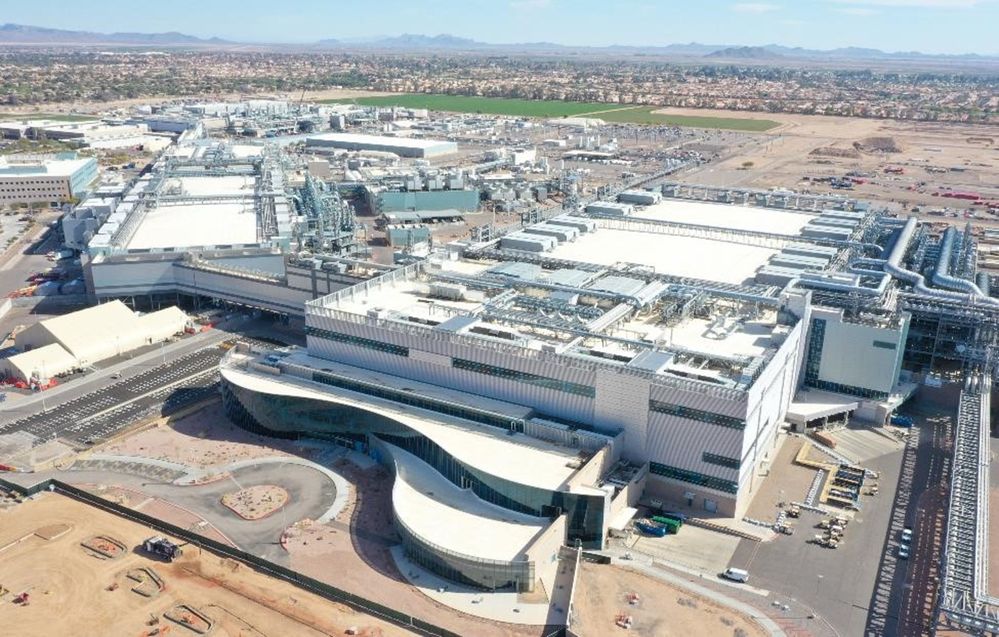 Today, as part of an IDM 2.0 vision set forth by our CEO Pat Gelsinger, Intel announced plans to build two new state of the art semiconductor facilities in Arizona, at our Ocotillo campus. This represents a new investment of approximately $20bn. The new operation will support Intel Foundry Services, a new, standalone foundry business.

Our new facilities will support both the growing requirements of our current customers and provide committed capacity for foundry customers. In the process, we will help to grow the U.S. economy and improve its competitiveness, bolster U.S. technology leadership and innovation, and strengthen U.S. national security and the resiliency of the nation’s supply chains.

Our investment will create over 3,000 permanent high-tech, high-wage jobs, over 3,000 construction jobs, and 15,000 local long-term jobs in Arizona, where we already have a strong presence. In terms of total economic output, Intel contributes 58,600 direct and indirect jobs and $8.6bn in GDP in Arizona.

Our most recent facility in Arizona – Fab 42 – manufactures our newest generation of products, and the Ocotillo site is a great location for our two newly announced facilities. Planning and construction activities will start immediately.

While we’re proud of this new investment, there is much more that could be done to support this critical industry. Semiconductors are the essential building blocks for the digital economy. They make computers, mobile devices and the Internet possible, and they underpin the critical technologies of the future such as artificial intelligence, 5G networks and quantum computing. These are the technologies that will support our nation’s ambitions to build smarter cities and infrastructure, tackle climate change, and improve our security.

Earlier this year, Congress passed the Creating Helpful Incentives to Produce Semiconductors (CHIPS) for America Act as part of the FY2021 National Defense Authorization Act (NDAA). The bill, which passed with strong bi-partisan support, tasks the Department of Commerce with establishing a program to provide up to $3 billion in federal grants for each project involving an investment in facilities and equipment in the U.S. for semiconductor fabrication, assembly, testing, advanced packaging, or research and development. The bill also allows the Department of Defense to provide federal grants for the development of measurably secure microelectronics.

We strongly support the CHIPS for America Act, and we hope Congress takes this opportunity to fully fund the legislation that it authorized. Those funds are important to level the playing field for U.S. semiconductor companies like Intel that face a 25%-50% cost disadvantage with foreign competitors due largely to the incentives those competitors receive.

At the same time, the Act will help to accelerate the development of the technologies of the future, grow American jobs, and strengthen U.S. national security. It will also improve the security and resiliency of our supply chains which both our commercial and government customers tell us they require.

We are excited that our announcement today to invest in semiconductor innovation and manufacturing can play a key part in helping our nation on the road to economic recovery and better security. But together there is much more that we can do.