An important moment is on the horizon. This October, the United States Supreme Court will hear arguments on whether US LGBT+ workers are protected under Title VII of the US Civil Rights Act of 1964, a federal law that protects employees from workplace discrimination, harassment, and retaliation. Intel strongly believes that all employees deserve these protections, regardless of sexual orientation or gender identity. We are One Intel and we all belong. We urge the Court to come down firmly on the side of inclusion and equality, we stand behind the amicus brief filed in this case before the Supreme Court.

We can – and must – do better. Equal treatment and protecting everyone in the workplace from discrimination is not only right and moral, it is also pro-business. Access to talent is becoming more competitive around the world, and the way any country protects talent from discrimination will impact its competitiveness and overall economic performance. Simply put, a healthy, non-discriminatory business environment enables companies to tap a wider talent pool and to compete better. The data shows that companies with inclusive cultures report improved market share, are more likely to capture a new market, generate more profits, and rate themselves better at innovation.

At Intel, we know that we do our best work as an inclusive company and that diversity is key to our continued growth. Our support of LGBT+ employees remains unparalleled and our commitment is unchanged. This fall, we urge the Supreme Court to take an important step in the fight for inclusion and equality.
0 Kudos
Share 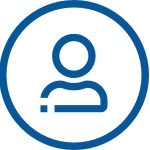 Steven R. (Steve) Rodgers is senior vice president and general counsel of Intel Corporation. He leads Intel’s Law and Policy Group, is responsible for the company’s legal work, serves on Intel’s senior executive team, and reports to the chief executive officer. Rodgers joined Intel in 2000 as senior litigation attorney. Subsequently, he served as director of litigation, as head of Intel’s patent generation group and intellectual property licensing group, and as deputy general counsel. Before joining Intel, Rodgers was a partner at Brown &amp; Bain, P.A., in Phoenix, Arizona. After completing law school, he served as law clerk to Chief Judge David K. Winder of the U.S. District Court for the District of Utah. He has also served as a faculty adjunct professor at the Sandra Day O’Connor College of Law at Arizona State University, as a member of the board of editors of Arizona Attorney magazine, and as a member of the board of advisors of the Utah Law Review. His volunteer service includes handling contested family law matters on a pro bono basis. Rodgers received his bachelor’s degree in political science from the University of Utah. He also attended the University of Hawaii at Manoa. He received his law degree from the University of Utah, where he served as editor-in-chief of the Utah Law Review.