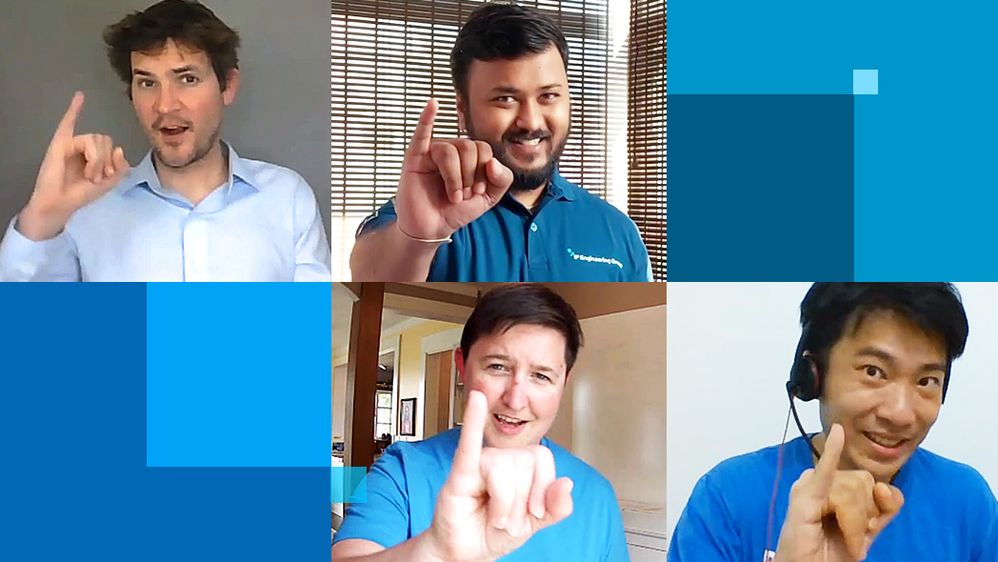 Munder is general manager of Omnibridge (formerly Comm-Verse), an Intel Emerging Growth and Incubation (EGI) venture that’s bridging the gap between the deaf and hearing communities.

To celebrate GAAD, Circuit News spoke with Munder to learn more about his endeavor to make the world and Intel a more accessible place using Intel® technology.

Bridging the gap between the deaf and hearing communities
Six years ago, an engineering team at Intel approached Munder with an idea for a sign language interpretation app. At first, Munder — who is deaf — did not like the idea. “I felt like hearing people were telling me I had a problem that they could fix,” says Munder. After some thought, he realized he was blessed to be at an inclusive company like Intel. “I [wanted] all deaf people to experience an environment like Intel, with no barriers ... I wanted to help bridge the gap and level the playing field [between the deaf and hearing communities].”

At Intel, Munder has two full-time interpreters. However, he acknowledges that this is not the case for many deaf individuals in the workplace. “Deaf individuals are often forced to write back and forth via hand, which is challenging. And hearing individuals often truncate their message to be very brief,” says Munder. “Outside of work, I don’t have those interpreters with me, and I am forced to face the same struggles [that many others in the deaf community face].”

Omnibridge allows an immediate and seamless conversation between the hearing and the deaf using American Sign Language through improved gesture analytics using depth data and machine learning. “Our goal is to remove the communication barrier — providing seamless communication between deaf and hearing people without forcing either population to change how they communicate,” says Munder.

A prototype of the AI-powered interactive translation system, called Omnibridge

Omnibridge isn’t necessarily going to replace interpreters — who are valued in the deaf community — but to ease the burden when, for instance, going to the grocery store, DMV or hospital. One day, the team hopes Omnibridge kiosks will be at the fingertips of deaf individuals worldwide.

Intel steps up for the deaf community
Intel is taking its support for inclusivity a step further by announcing its first-ever name sign — a special sign created and used in the deaf community to uniquely identify a person, or in this case, a company.

After thoughtful conversations across Intel — most importantly among the company’s deaf community — the name sign has been officially created. It is inspired by Intel’s new brand, incorporating the square dot of the “I” in the Intel logo, which represents the microprocessor and the “spark” that Intel can provide for world-changing ideas.

The ‘magic’ behind Omnibridge
Omnibridge is table-top device that takes the critical words and patterns from one language (in this case, sign language) and finds an equivalent in a second language (English). Munder says this is called a “transformer-based solution.” It allows people who are deaf or hard of hearing to communicate back and forth with hearing individuals.

The team had to modify and combine solutions for the device to recognize and translate a visual language like sign language. “It’s kind of like magic, you put it in a black box, and it all comes out beautifully. Of course, that’s simplified, as it’s actually a really complex process.”

Omnibridge comprises Intel® RealSense™ 3D cameras, as well as Intel® CPUs and GPUs. Munder explains that “the RealSense 3D cameras can catch all of the occlusions that happen when one hand covers the other [when signing].”

Currently the device can translate sign language to text; however, Munder says they are working on a model that will translate sign to voice and voice to sign through a lifelike avatar interpreter.

Looking forward
Munder says he is excited about bringing Omnibridge to the market. The team is working on a go-to-market plan with specific customers and is on track to have the prototype in customer’s hands by the end of 2021. Customers will provide feedback and help test the AI capabilities.

Right now, the team is focused on the software, in hopes of eventually licensing it and having it built into existing hardware like tablets, computers and phones. They are also working on software that can be offered as a subscription-based service.

Omnibridge’s vision is to create an accessible world for all — not just for the deaf community. The team wants to make it easier for others to communicate with deaf people too. Munder compares Omnibridge to curb-cutting. “You don't just cut the curbs in front of a home of someone who has a wheelchair. You cut them everywhere,” says Munder. “So, like this product, we believe that it won't just impact those in the deaf community, but it will have a larger impact.”
0 Kudos
Share
1 Comment