Diversity and Inclusion: More Than The “Shiny Thing To Do” 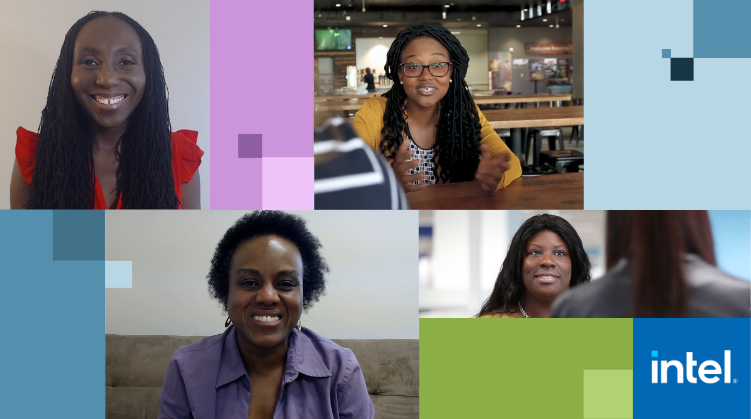 The last two years have brought diversity and inclusion to the forefront of corporate conversations. But long before that, Intel has been committed to advancing underrepresented groups and ensuring equity among its team members. Over the past decade, Intel has reached full representation in its U.S. workforce for women and underrepresented minorities, two years ahead of schedule. We’ve also achieved global gender pay equity over the last three years.

How diversity comes to life for Intel team members
No one can attest to this commitment better than Kekuut Hoomkwap and Lenitra Durham, who have been with Intel for 10 and 18 years, respectively. Throughout their time here, Kekuut and Lenitra have seen how important diversity and inclusion are through firsthand interactions with teammates and executives.

“You see a conscious effort being made by management to ensure diversity. They recruit from colleges that have a diverse population, and they ensure that when you are hired that your voice is being heard,” she said. Kekuut added that she would often be prompted for her thoughts when she was quiet or silent. “It really made me feel like I mattered and that my voice mattered.”

Lenitra knows that when women of color are hired, it’s for their work and skillset and not to check a diversity box. She has seen a lot of companies now rebranding to become more open and welcoming of the diversity of their employees but says that Intel has always been that way.

“We really want people to come and be themselves and not to feel that you need to act a certain way. You can just come in and be your authentic self,” Lenitra said, noting this applies to people of color and individuals of all ages, religions, genders, and sexual orientations.

How a supportive culture builds inclusion
Intel also empowers its employees to find solace with each other. During the pandemic, Lenitra’s colleagues founded a cohort group called Women at Intel Labs to support each other through this challenging time.

“We had the feeling that working from home now seems harder for the women who are also caregivers. It is difficult to still seem present when you’re in these virtual meetings with everything else going on at home,” she said. “So, we formed what we called the Women at Intel Labs cohort, and we have three objectives: to focus on the career, networking, and the mentoring piece.”

Feeling included and valued at Intel even has Kekuut’s daughters considering working for the same company as their mom.

“Long before it was the shiny thing and the cool thing to do, Intel was actually vested in diversity. And I would say that confidently anywhere. It makes me feel so good that I tell my daughters—I have three of them—that if they do intend to be engineers, Intel is the place they should consider coming to work for.”

Want to make an impact with your career?
Learn more about open roles at Intel.