Don't just kick the tires on a new career - take it for a ride! 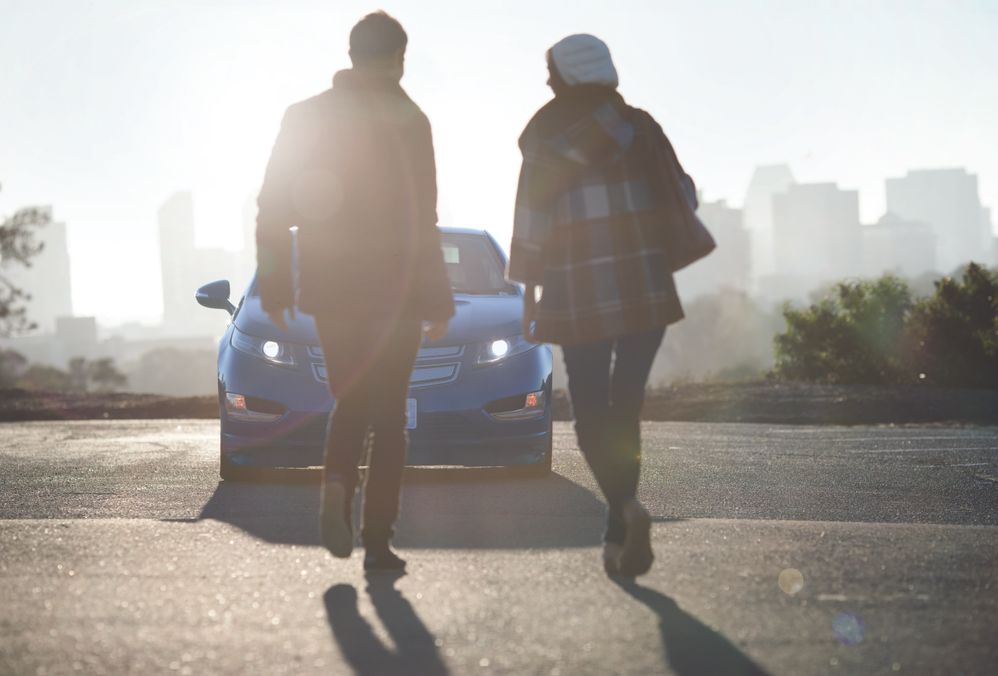 Not applicable
0 0 90
If you don’t wake up in the morning excited to pick up where you left your work yesterday, you haven’t found your calling yet. -Mike Wallace

I love that quote. I think mainly I love it because it gives us a simple, effective way to know whether you're in the right job.  If you wake up in the morning and think to yourself "I can't wait to get to work!" then congratulations; you're right where you should be. If, on the other hand, you wake up, drag yourself out of bed, procrastinate getting ready…the whole time dreading what's awaiting you at work; well, then maybe you're in a job that isn't a great fit for you.  When it comes down to it, a job is something you do because you have to, while a career is what you do because you want to.

I've written before about some of the great perks of working at Intel, and this time the perk I'd like to talk about is one that many people, even Intel employees, may not be aware of…career changes.  Intel is one of those companies where changing roles is not only possible, it's encouraged.  The ability to jump to a new position is seen as a win-win.  It allows employees to try things out and find what works for them, and it gives the company a regular rotation of "new blood" in different jobs.  Ask anyone in management and they'll tell you a happy, fulfilled employee will work harder and produce more than someone who's stagnating in a job they're tired of or just plain don't like.  Opportunities abound for changing your career trajectory and finding the path that's right for you.  I'm an example of that.

I've been with Intel for 14 years. In that time I've had what you might call a "diverse" career.  When I first joined, I took a position designing software builds for internal training.  When a group wanted to teach a class on a particular software package, it was my job to figure out how to get that software onto all of the computers in a classroom quickly.  Not exactly a job that you go to school to learn, but I found it was challenging, interesting, and at the end of the day, fun.  After about a year, I had to make a change (long story) and moved into the group that monitors and supports servers all over the world.  I had no experience with it, but the group was willing to take a chance on me, so I found myself staring at a screen for 12 hours a day waiting for a server somewhere in the world to have a problem.  It was slow, tedious, and boring, and I found it wasn't my cup of tea…actually, I drink coffee, but you get my point.

My next job at Intel was on the help desk; answering support calls from employees.  Again, couldn't be more different from my previous roles.  Now I helped people solve problems with their laptops.  I actually really enjoyed being able to fix things for people.  It was a great feeling to hear them say "You fixed it! You're amazing! Thank you so much!"  That a part was great. But, as anyone who's worked a help desk can tell you, there are other parts of the job that aren't as fun.  Like less than friendly callers, or callers who have impossible to meet expectations.  You know the stories "why can't you just call the other company and have them delete the email?" or "I'm taxiing on the runway but my Wi-Fi isn't working!" Or, my personal favorite, the person who complained his computer was making a buzzing sound every few minutes (it turned out to be his pager, in the drawer below the computer).

I worked on various help desks inside Intel until I moved over to a role supporting servers for the engineering groups. THAT was a very different experience. No more walking employees through troubleshooting over the phone.  Now I was knee-deep in Linux.  I'd never used Linux before (something they were aware of when I got the job) so there was a steep learning curve.  This was a busy, fast-paced environment, and for a while I didn't have time to worry about whether it was right for me.  I was too busy doing it to like or dislike it. Eventually an opening appeared on the backup and recovery team, so I decided to give that a try.  Once again, I was coming in green.  Data backups were something alien to me, and I'd never touched the tools for the job. But I learned, and I found the job had a lot of what I liked; It was technical, I got to solve problems, and occasionally I got to be the hero by restoring a critical file for someone.  I enjoyed that a lot. But after several years, I found myself getting bored with it, and I wanted to try something more creative.

Which leads me to where I am today: marketing.  That's right, I found a home in a world that had nothing to do with any of my previous jobs…again.  I wanted to try something new, and this is definitely it. Think about that; I've changed careers multiple times, but never once did I have to quit the company to do it.  I got to stay with the company and build a history, but still pursue the things that interested me. In many companies this kind of jumping around either isn't possible or is seen as a sign of a flighty employee. But here at Intel management loves it.  When you find something new, they get the benefit of your enthusiasm and excitement. And when someone else moves into their "something new" by taking your old job, everyone wins again.  Over the years, Intel figured out a simple truth about employees: some of us want to change the tires, some of us want to work on the engine, and some of us want to drive…but everyone wants to enjoy the ride.