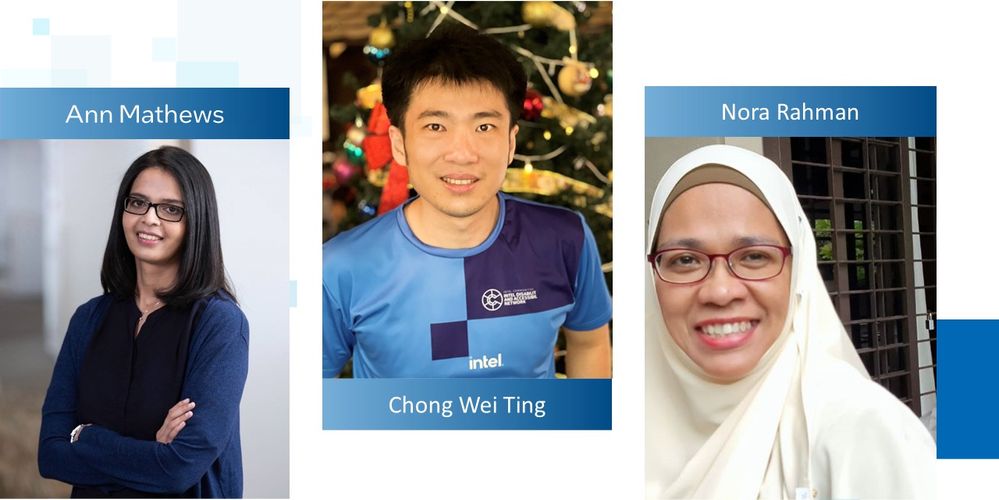 Inclusion tends to be spoken about more often than it is practiced, largely because creating an inclusive culture at any workplace requires intentional and continuous effort. Coming together is only the beginning, as Henry Ford said: keeping together is progress, and working together is success.

At Intel, inclusivity is synonymous with success. We’ve seen how inclusive environments can empower employees to fully capitalise on their diverse skills, perspectives and experiences. By identifying and removing barriers at work, everyone can participate to the best of their abilities.

A space where thoughts and ideas are welcome

In describing what inclusion looks like at Intel, “being heard” is the common yet all-important thread. “Inclusion plays a crucial role in creating a conducive workplace environment and in the context of Intel, to drive innovation,” Ann says. “On the ground, this translates to nurturing a culture where every employee’s thoughts and ideas are heard.”

Nora emphasises how inclusivity at work establishes a foundation of belonging, upon which trust and support can then be built—all for the better. “We’re now more supportive and ready to embrace our differences,” she enthuses. “We feel it’s safe to speak freely and have become more open to giving and receiving feedback for the sake of the team’s success.”

Wei Ting shares his personal perspective on the importance of awareness in cultivating workplace inclusivity. “As someone who is hard of hearing, I mention this to my colleagues because I might not always catch what they are saying,” he explains. “And this is why being in a space where everyone’s voice is heard, regardless of their circumstances, really matters.”

Commitment across the board

Looking at inclusion efforts within the immediate context of their role, as well as beyond, each MDC member outlines a facet which makes up the full picture of inclusivity at Intel. For Wei Ting, it’s about participating in a related initiative.

“Beyond my core work as a silicon design engineer, I spend time contributing to the Intel Disability and Accessibility Network (IDAN). Our efforts are focused on accessibility for all at the workplace.

“We amplify the voices of the disabled through awareness-raising initiatives such as sign language workshops, pilot programs in collaboration with employees with disabilities, and many more. Our goal is to achieve RISE2030.”

For Nora, who embarked on her Intel journey 27 years ago, the work environment has changed and grown tremendously—at the beginning, she remembers being the only Malay member of her team. “Most of us spoke our native languages back then,” she shares. “As an organisation, we’ve undoubtedly come a long way culturally.”

Regarding Intel’s inclusion initiatives, Nora warmly remarks, “Even though I’m part of a small Business Group locally, we’re included in events, trainings and projects that tie into MDC’s overarching role. This not only gives us equal visibility but reminds us that we’re part of a bigger family, and an important part of the equation.”

Ann expands this equation with a summary of the planning process for various inclusion agendas. “Within the high-level context, it’s important to us that there is an end result for all our activities,” she notes. “We track this using a comprehensive inclusion survey, and also have a focus workgroup consisting of many different teams from the organisation that link up monthly.”

What about the inclusion structure of MDC itself? Ann elaborates, “We have representatives for various MDC sites, weekly sharing sessions, inclusion talks, and also bigger quarterly events, such as those part of the ‘Women@Intel’ network.”

Making your voice heard and being part of the change

In advising new hires about how they can contribute and integrate into Intel’s inclusion culture, two themes stand out: “awareness” and “speaking up”. About the former, Ann observes, “Intel’s a fun place to be in and the space is there for a diversity of opinions.”

“Keep an open mind, get to know those surrounding you, and build rapport and trust with your network,” Nora says. “Self-reflection is an important part of the journey.” Wei Ting adds, “Be mindful of others and their situations; practice empathy wherever possible.” Everyone acknowledges that sensitivity and being able to see from others’ perspectives go hand-in-hand towards reaching a better understanding of workplace inclusion.

“Intel’s a place that celebrates diversity, openness and being vocal, so don’t hesitate to speak up,” advises Wei Ting. Ann encourages employees to write to the MDC Inclusion Core Team if they find it difficult to communicate their concerns to their manager or peers. “Ultimately, we have to be the change we want to see, and that’s why it’s important to speak up to create that difference.”

Join Intel Malaysia and play a key role in driving and influencing our diversity and inclusion efforts. Learn more here

Inclusion is vital to success. IDAN ERG here at intel is a great resource as mentioned.