From Code Talkers to Code Writers: Intel Invests in Computer Science and Engineering for Navajo Students 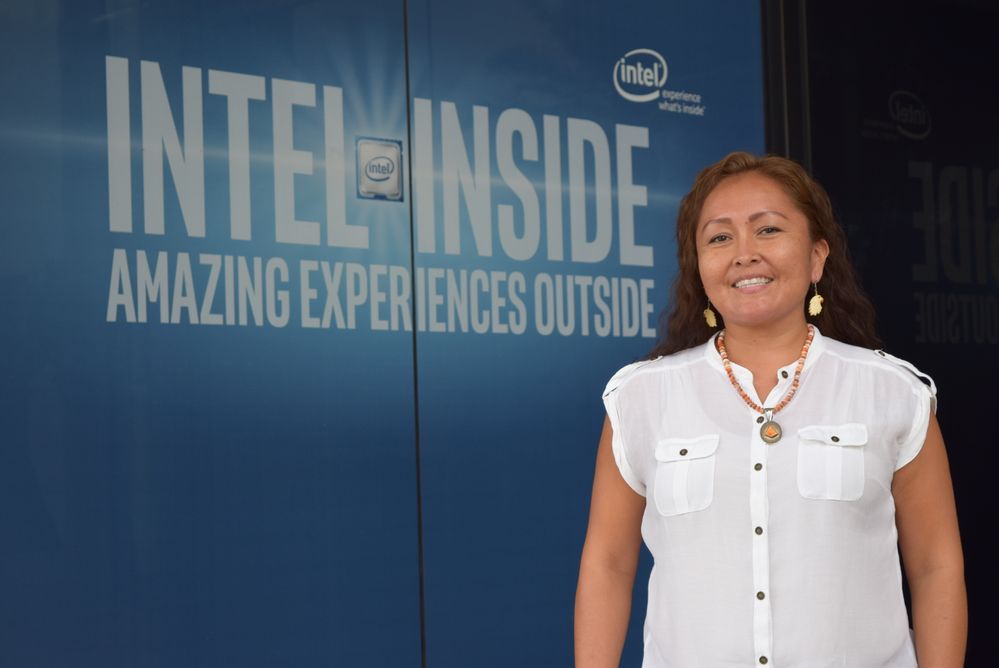 Barbara_Whye
Employee
0 0 144
Today marks the 70th anniversary of Japan’s surrender to the Allies in World War II, a pivotal moment in world history. However, you may not know that August 14 is also a national day of commemoration honoring Native American heroes who played a critical role in this victory and throughout the war: the Navajo Code Talkers.

Recruited in 1942 to develop and use a secret code based on the Navajo language, the Navajo Code Talkers’ courage and ingenuity saved thousands of American lives and helped turn the tide of the war in the Pacific. At the Battle of Iwo Jima, the Navajo Code Talkers delivered more than 800 encrypted messages relaying critical information about troop movements and field operations. In the words of 5th Marine Division signal officer Howard Connor, “were it not for the Navajos, the Marines would never have taken Iwo Jima.”

To recognize the contributions of the Navajo Code Talkers and continue their legacy, Intel is proud to support Science Foundation Arizona’s Code Talkers to Code Writers Initiative, recently announced by Arizona State Senator Carlyle Begay. The Code Talkers to Code Writers Initiative is a unique program designed to create pathways to computer science and engineering for Navajo students. Just like the Navajo Code Talkers engineered their own code and created a new way of communicating through the Navajo language, these students will learn to do the same through computer science and engineering.

Over the next three years, Intel will invest $250,000 per year at three Arizona high schools in the Navajo Nation: Chinle High School, Monument Valley High School and a third school that will be announced at a later date. Intel will work with Science Foundation Arizona to implement a comprehensive education transformation plan at these schools that includes:

Through the Code Talkers to Code Writers Initiative, we aim to support and strengthen the Navajo community in Arizona – a state that is home to one of our largest factory sites, as well as 81% of Native Americans – and open up a world of possibilities for Navajo youth. Our hope is that this initiative will encourage these students’ interest in computer science and engineering; expand their awareness of education and career options; and provide them with the resources, access and guidance they need to reach their full potential.

Intel believes that science, technology, engineering and math (STEM) can have a transformative effect on the lives of young people, which I can confirm from firsthand experience – my decision to pursue a career in engineering propelled me out of poverty and changed my life forever. If you earn a computer science or engineering degree, where or how you grew up doesn’t matter – a job will be waiting for you.

My colleague Jolene Begay, an Intel engineer and president of Intel Native American Network’s Arizona chapter, also understands the vital importance of this initiative on a personal level:

“Like many of these students, I grew up in Chinle, Arizona in the heart of the Navajo Nation. I’ve seen how the challenges of reservation life – from economic hardship to lack of resources – can prevent Navajo youth from reaching their full potential. I also know firsthand how much educational opportunities and exposure to STEM can make a difference in their lives – for me, learning some basic programming in my sixth grade computer class was the catalyst that sparked my interest in technology and put me on a path to becoming an engineer.”

The Code Talkers to Code Writers Initiative is a key component of Intel’s $300 million commitment to strengthen the computer science and engineering pipeline for women and underrepresented minorities and increase diversity in the tech industry as a whole. As we work to achieve full representation of women and underrepresented minorities in our workforce, hiring and retaining Native American employees continues to be a top priority. Through this initiative, we hope to advance our efforts to achieve full representation of Native Americans at Intel and help fill the tech pipeline with diverse students, which we believe is critical to fostering future makers and innovators who will create the technology of tomorrow.

As an Intel employee, I’m proud to work for a company and a CEO that has made such a strong commitment to diversity and is making demonstrable progress toward these important goals. If you’re interested in learning more about Intel’s progress on diversity to date, our recently released mid-year diversity report is available here.

As the Deputy Director of Intel's Diversity in Technology Initiative, Barbara leads the strategy and execution of Intel's recently announced commitment of a $300M Diversity in Technology (DiT) Fund. Barbara works in collaboration with key stakeholders and respective fund decision makers on an integrated strategy that drives Intel's funding selections and public announcements. She is responsible for developing the infrastructure, operational and implementation design of the Fund that positions Intel to successfully achieve its 2020 full representation of women and underrepresented minority goal. As part of her oversight, Barbara also directly leads the team focused on DiT Fund investments in the education pipeline focused on Intel's immediate workforce development needs. Barbara has a BS degree in Electrical Engineering, an MBA and is currently pursuing a PhD in Human and Social Dimensions of Science and Technology at Arizona State University. Prior to transitioning to the philanthropic side of Intel, she spent 15 years in key leadership and project engineering roles responsible for acquiring and starting up new facilities for Intel Corporation worldwide. Barbara led operations for multiple international startups with fast paced ramps resulting in rich and rewarding cultural experiences. She and her family lived in Costa Rica for two years as Intel established a critical manufacturing presence there. She is a Certified Executive Leadership Coach with the International Coach Federation (ICF) and a Professional Facilitator with experience in the fields of program management, strategy development, and mergers/acquisitions. She is a graduate of the Business for Diplomatic Action Fellows Program that resulted in a three-week global leadership exchange in the Middle East and is a recipient of Intel's Lifetime Diversity Achievement Award.