He Battled a Brain Tumor and is Winning His Fight against Cancer, Now Intel's Oscar Garcia Advocates for Individuals with Hidden Disabilities 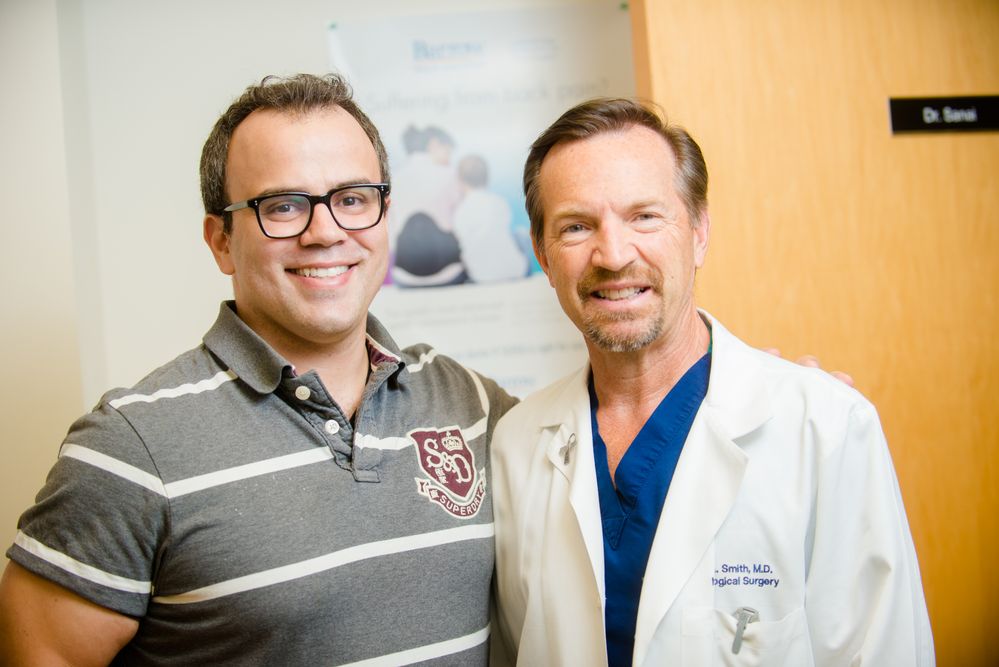 We_Are_Intel1
Employee
0 0 82
This blog was posted on behalf of Oscar O. Garcia. Oscar is a Program Controls Analyst/PM in Intel Federal LLC and is passionate about developing people looking to further their careers, helping those with hidden disabilities, and providing resources for those whom have health difficulties similar to what he’s going through.

Three months after he joined Intel Federal as a Program Controls Analyst, Oscar Garcia started dropping things, picking them up, and dropping them again. He became forgetful, unable to remember where he parked his car. He began to get lost around campus.

It was clear that something was wrong.

After a whirlwind of specialists and testing, an MRI revealed a large tumor in the right temporal lobe of his brain which stunned even the neurosurgeons. Given the “extremely scary” diagnoses of brain cancer, Oscar says he urged his doctor to be frank: “I asked the guy ‘Do I have a chance?’”

His best chance lay in a risky surgical procedure to remove the tumor only 2 days after the initial diagnosis due to the urgency.

Oscar with a get well basket from Intel Federal President Neil Green and staff.

Compounding the stress and uncertainty of the situation was its timing – occurring right on the heels of a career transition. Oscar was new to his team and still ramping up, but his manager, Tufail Ahmed assured him his health took priority and the President of Intel Federal, Neil Green, sent him a get well basket with a heartfelt personal note. These gestures of encouragement, Oscar says, “meant a lot to me, because at that point I’d started with the organization in January and got diagnosed in March…only three months and already I’m being treated like family.”

A picture taken immediately post-op shows Oscar recovering from surgery and giving the medical staff a cheery thumbs up. That same vital sense of humor and positivity remains undiminished after a delicate second surgery only four months after the first and intense post-operative speech therapy.

Adjusting to a New Normal

Though Oscar made a remarkably quick return to work after both brain surgeries, he continues to deal with the invisible effects of his cancer, which qualifies as a hidden disability. He has a handicap permit for visuospatial issues that make it difficult for him to drive at night or navigate in unfamiliar places. He notes that when he travels for work, finding his rental car in a crowded parking lot is almost impossible unless he’s parked up front in a handicap spot. And because he doesn’t outwardly appear impaired, this can garner him unwarranted attention. “What happens, at times, is I get a stink eye from people like “Look at this guy, he’s fit and healthy, and he’s in a disability [spot]. He must be a faker …” but what they don’t realize is that it’s hidden.”

The lesson Oscar most wants people to take from his experience is that of empathy: “You never know what people are dealing with.” Many individuals prefer to keep things private in the workplace – but that doesn’t mean they don’t need understanding and support. “We all work hard, we all have a job to do. Let’s make sure we consider we are all humans and some of us may be dealing with things that aren’t visible and be sensitive to that.” It’s a good lesson to have in business and life in general. “Be respectful when you interact with colleagues because you don’t know what else has happened to them in their personal lives.”

Oscar now serves as an honorary ambassador for those with hidden disabilities and speaks to colleagues who are also impacted. He hopes his openness helps empower others and build awareness to the resilience of individuals living and working with disabilities.

As for the future? Of his cancer, Oscar notes, “there’s always still little bits and pieces left and there’s no known cure, however I’m in a good position. It’s a slow growing form of brain cancer which is monitored with regular MRI scans. In addition, I’m doing very proactive things to prevent reoccurrence.” He aggressively manages his health with a strict medical diet and focus on wellness. The café at the Chandler campus works with him to provide ketogenic meal options and he is careful to prioritize sleep.

Now, he says, “I look, act, and perform well. It’s hidden. I still get lost in new places due to the visuospatial issues. Sometimes I just really need a break due to ongoing fatigue issues; back-to-back meetings in program management about big, sophisticated, complex super computers can take the wind out of you. My team is very receptive and supportive.” But at the end of the day, “I’m still me, I just now have an excuse to use the cheesy phrase “It’s a NO BRAINER”!