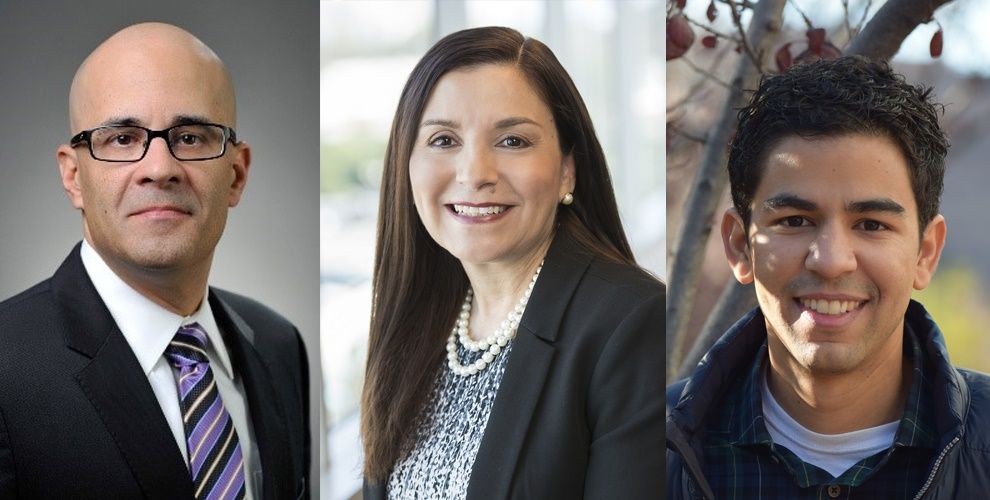 Paving the way for future leaders

In 2006, Rick Echevarria became Intel’s first Hispanic VP. At the time, it was a personal accomplishment. Looking back, he wishes he’d use that milestone to accelerate the recognition of other Hispanic leaders. Rick sponsored the formation of the Intel Hispanic Leadership Council (IHLC) – in support of his HR colleague, Ernie Felix – for members to serve as leadership role models and champion Hispanic employees and initiatives. Through other employees, he understood his impact as the first Hispanic VP. He was approached by others in the company and they shared how seeing him in the VP position was inspiring, realizing they too could get there.

The IHLC helped create a pipeline for future employees and it also supports the retention of Hispanics. Since the creation of the IHLC and Intel Latino Network (ILN), Rick says there has been more outreach among Latinos; but there are still opportunities to engage, ask questions, and overcome some of our cultural biases.

Today, Rick enjoys mentoring one-on-one and seeing the outcomes of teaching and helping other employees. He emphasizes that Intel employees must be constantly learning and keeping up with the tech industry—being at the center of the tech vortex requires adapting to change. You have to be ready to speak up and be comfortable challenging others. For Hispanics, Rick says, it’s important to become comfortable with the expression of ideas while overcoming the “fear” of challenging hierarchy.

Recruiting in a new era of diversity

At this year’s Latino Leadership Conference many inspiring leaders are being recognized. Among them is Isaura Gaeta, vice president of Security Research at Intel. In the past, she has also been recognized with Intel’s most coveted award, the Intel Achievement Award. While recognition as a leader in her field is an honor, Isaura is most proud of the work itself, and the impact her team has had.

Finding solutions is her greatest reward—she’s not one to shy away from tough technical problems.

Isaura believes there is huge value in having employee resource groups (ERGs) in corporate America. ERGs help foster a sense of community, especially for people who are underrepresented. She says being the only female or Latina in meetings can be difficult, as people will test you to prove whether their assumptions about you are true or not. Being part of an ERG gives you the resources and network to talk to people with similar experiences.

Isaura was an informal advisor when the Intel Latino Network started in Santa Clara. Now, there is a chapter at each site, and a virtual chapter for remote employees. As chair of the Intel Hispanic Leadership Council (IHLC), Isaura partnered with HR and advocated for more visibility, and mentorships and sponsorships. Isaura is now a board member of the IHLC and uses this platform to give back to the Hispanic community. Intel has offered internships to help Hispanic students finish their engineering degrees, and Isaura has seen Intel step up its recruitment over the two decades she’s been with the company.

Representing those newer recruits, Andres Marquez joined Intel in 2015 as part of the Imaging and Camera Technology Group. For the last year, Andres has been a project lead, working on advanced camera systems for a variety of markets.

Originally from Colombia, Andres completed his bachelor’s degree in electronic engineering before coming to the U.S. in 2007 for his master’s degree. Andres joined the Intel Latino Network (ILN) and is currently the group’s president in Santa Clara. Andres wants to raise awareness of diversity, and does so through ILN with projects like Diversity Day, exposing employees to different cultures. He is also the president of the Silicon Valley chapter of the Society of Hispanic Professional Engineers.

Andres focuses his volunteering on STEM initiatives, and believes that access to STEM has been improving but minority groups still don’t get the same exposure to opportunities. He tries to connect with students as a fellow Latino, and hopes to have an impact on the younger generations. Andres believes people should be proud of where they come from and he looks forward to having a continued impact on his community.