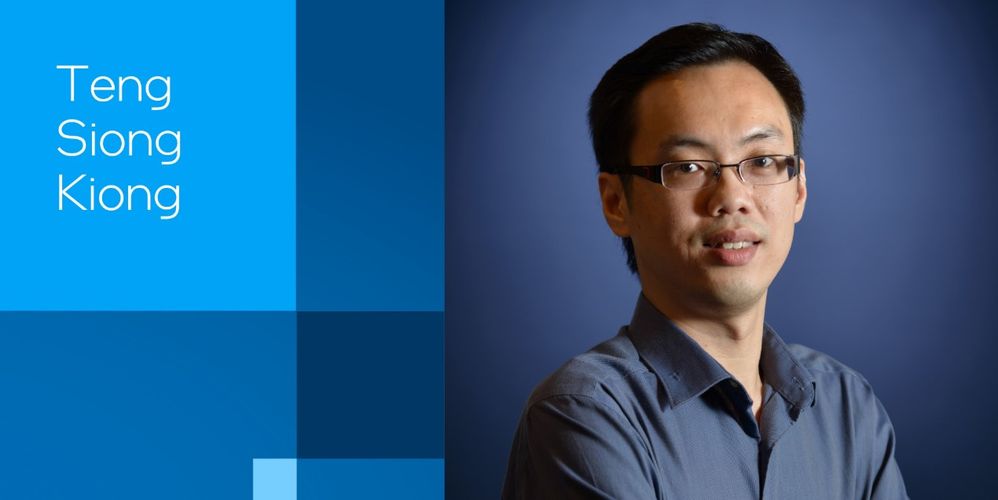 Siong Kiong’s thrilling journey at Intel began in 2000 as a structural and physical design engineer. Just over a year later, he was relocated to the U.S. to bolster the establishment of Malaysia’s very own CPU design center. The young engineer was gifted an opportunity to step into the mecca of chip design just two years into the job.

The Johor native always had a fondness and knack for mathematics and science. He went through the sixth form, which culminated in the notoriously challenging STPM examination, before the offer to pursue his degree in electrical engineering at University Malaya. Having developed an early curiosity in chip design, he knew Intel was the place to be when the opportunity came along.

Today, Siong Kiong is a senior principal engineer and heads up the Structural and Physical Design Engineering Team.

Learning in the midst of execution

When asked to describe his work in simple terms, Siong Kiong puts it this way: “We’re like the civil engineers. The architect designs (the chip), and we lay out the bricks (circuitry and transistors) to make the structure a reality.”

He derives his motivation to keep going from the very nature of the role. People look to him to solve problems every day, and that’s the nature of his job. “You can have ideas, but no matter how perfect you think it is, there will be a snag. And this translates to time spent brainstorming and navigating with my team, a process which I find both exciting and rewarding”.

Upon returning to Malaysia in 2004, he continued as a technical lead, guiding a small team of engineers. He picked up more leadership roles as he went on and, in 2016, became a principal engineer (PE).

Seeing it as a journey and not a destination

Many laud being a PE as a career pinnacle, but for Siong Kiong, it’s just the continuation of his journey and not a destination. Reflecting upon the title, he says: “For me, the greatest part about it was that it opened even more opportunities for me to expand my technical role and perspective.”

Carving out opportunities to turn ideas into design and nurturing creativity in the team is where Siong Kiong finds his fulfillment and thrives. His team is constantly working on improving design solutions, reducing System-on-chip (SoC) chip power, integrating leadership IO and connectivity, and increasing compute platform capabilities like audio, video, and security. A big part of this process is learning on the go.

“This is a learning-centric space. We learn, become experts, innovate, and share. I went through this, and it is exactly what we put the younger engineers through. That’s how we organize: the convergence of great minds to brainstorm and solve problems. Collaboration is absolutely key, and we don’t work in a silo.”

The importance of intention and retrospection

In his journey, Siong Kiong has been mentored by brilliant engineers, attended many conferences, and published technical papers with funding and support from the company. To him, it ultimately boils down to one’s intention and the path you want to take.

“Intel has a huge focus on technical leadership. Just as becoming a VP is a possibility for a manager, so is becoming a PE, Senior PE, or Fellow for an engineer. For those who want to be on a technical career path, this is where you innovate and create tech that can change the world. And it’s great that our CEO is encouraging us to bring back the geekiness!”

“One of the most important things I’ve learned is that it’s normal to make mistakes. But you have to make sure you learn from them. You retrospect, improve, and keep moving forward.”

Ready to build your technical career at a place that values learning and mentorship? Find out more about jobs at Intel Malaysia here.