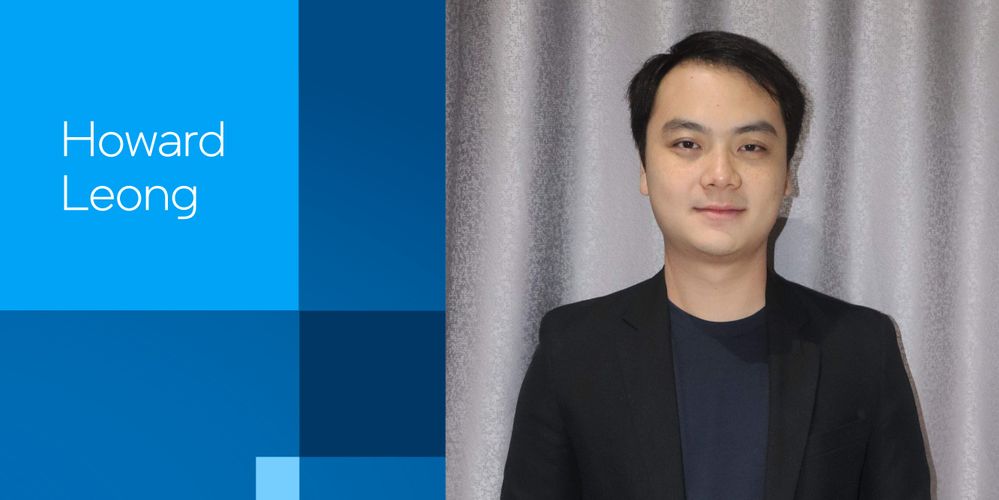 An electronic engineering major from Universiti Teknologi Malaysia, Howard started his career at Intel Penang right after graduation in 2018. After three months as a graduate trainee, he stepped into his current role as a design automation engineer. The Perak native spends most of his workday providing support, getting user feedback, and enhancing tools used by his fellow engineers.

“The coolest bits about this role are the different personalities that I regularly come across and also the debugging process; it’s about finding you way to the root cause of an issue—and sometimes coming across new discoveries.”

Keen as he was in sports and outdoor activities, Howard was never an outgoing person in his early years. He remembers being shy and quiet as far back as primary, often preferring to hide in the corner or the back of the classroom. And this tendency was the same even when he joined Intel.

“The design automation role involves meeting people. Because we’re subject matter experts, we are often expected to conduct basic training. I remember how just imagining training a room of people was enough to make me nervous.”

One day, during a one-on-one, his manager asked him: “What is the weakness that you see in yourself? And do you want to overcome it?” Howard’s answer was public speaking, and he was determined to try. With an introduction from his manager he began his journey with the Intel Penang Toastmasters Club (IPTMC).

Members would meet once every two weeks to work on public speaking and leadership skills. “There’s a session where we’re given a random topic and required to come up with an impromptu speech. At the start, my mind would often go blank and I’d blabber away, not knowing what to say. But this was where the evaluation sessions were helpful—I was given pointers on where and how to improve.”

In July of this year, two years since joining, Howard was elected the club’s president.

You won’t know until you take the leap

Joining IPTMC was the turning point for Howard. It was at the IPTMC sessions that he started opening to strangers, and also to the world. Seeing how the Toastmasters community is an international organization, he also had opportunity to network with members beyond the Intel chapter.

“I’ve always been the kind to go with the flow. Before I started working, I was limited by the mindset of needing to become a manager in order to excel. But being at Intel has showed me possibilities beyond that, and my journey in Toastmasters has given me an idea of what it would be like as a leader.”

He’s also learnt that you won’t truly know what something is like until you jump off the deep end and start doing, as uncomfortable as it may seem. And putting yourself in a positive, encouraging environment is a good start.

“If you’re looking for continuous learning and self-improvement, Intel is a highly progressive place. The leaders see work-life balance as an important key to success and the environment allows you to take on new and more challenging things outside of work. It has empowered me to learn, to grow, to change, and not to be encumbered by my personality. I have not only become a better engineer than before, but I have also become a more effective communicator and leader. This development opportunity is valuable, especially for someone like me, who only has a few years of service under my belt in this company.”

Are you interested in launching your career at a workplace that prioritizes your learning and development? Find out more about jobs at Intel Malaysia here.