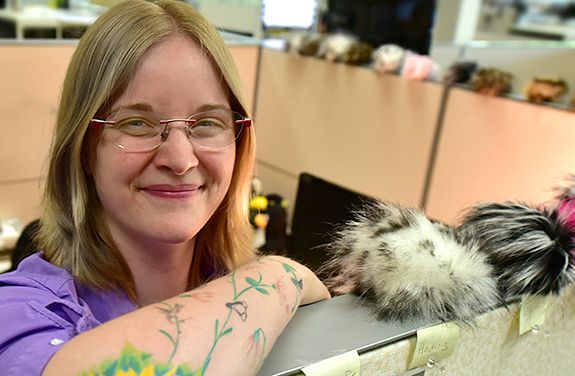 Sharp, an engineer in Intel's Software and Services Group's Open Source Technology Center, is the inaugural recipient of Red Hat’s Women in Open Source Community Award. Says Red Hat of the award, “It's time to recognize the contributions that women are making and inspire a new generation to join the open source movement.”

She’s a technical marvel—authoring USB 3.0 for Linux and working on rockets in her spare time. She’s a champion of Linux community newbies who’ve been blasted for inexperienced—if earnestly submitted—code. And she spends a good deal of time mentoring groups traditionally underrepresented in open source software.

Read on to learn about Sarah Sharp’s path to software, sending sensors into the stratosphere, and the pivotal childhood moment that convinced her that hardware can power amazing experiences.