Software Compilers in Gdansk, Poland talk about what it’s really like working with Intel SSG. 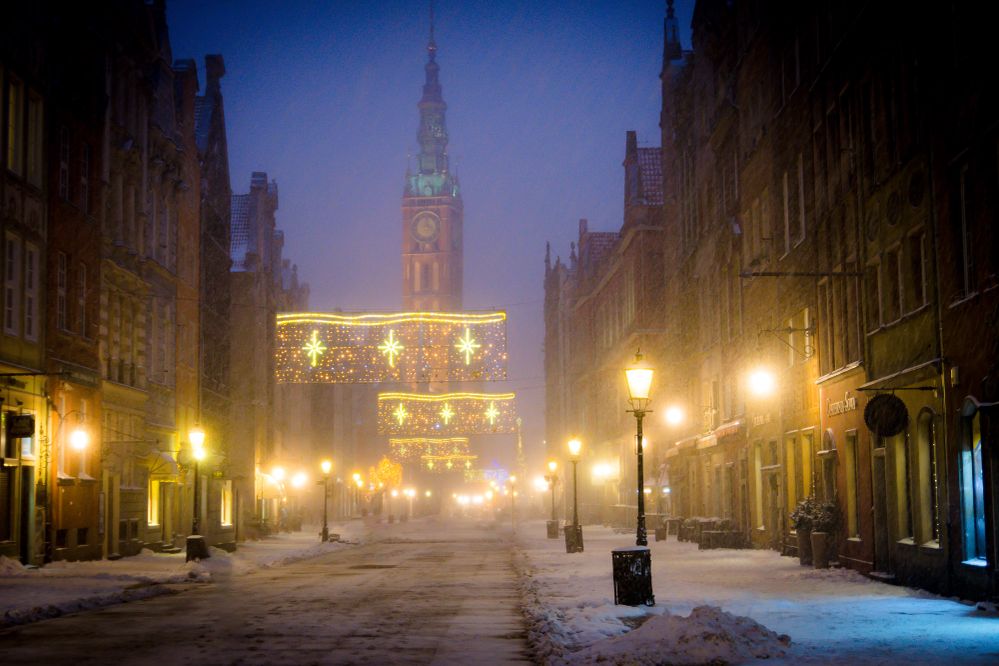 We_Are_Intel1
Employee
0 0 82
When you talk to people about Intel, you might think of computer processors, data centers, or maybe those commercials with the workers in the white clean-suits, but did you also know that Intel is one of the biggest software vendors in the world as well? Having powerful hardware is all well and good, but it takes efficient, high performance software to draw out the full potential of an Intel device. That’s where the Intel Software Services Group (SSG) comes in. We had a chat with Ksenia Petukhova and Mateusz Belicki, two software engineers working on compilers at our location in Gdansk, Poland to get the story on what they do to bring the power of our devices to the hands of our customers, and what it’s like to relocate abroad to work with Intel.

Ksenia Petukhova has been working at Intel for only a year and a half, but she had plenty to say about what working here is like and what it means to her.

“I initially entered the company as an intern on the compiler performance team, and sometime later I converted to engineer and moved to the embedded compiler team. My main task now is to support compilers for different OS (operating systems), especially for Android, and also to support the Bi-Endian compiler.

Essentially it means I need to develop the product, fix bugs, adapt it for the latest versions of different related projects, and so on.

I didn’t really know much of anything about Intel before I came here. I think I knew that Intel made processors and I had heard the jingle, but that was about it. I thought that it would be a company full of clever people, and I was glad to be proven right on that count.

The thing that has impressed me most about the working culture here has been the international perspective and level of tolerance and ethics. Intel has offices in many countries, so there are many different people, different nationalities, different backgrounds, and so on. It’s really hard to support such a complex system, but Intel manages it. As a woman I can tell you: Intel really cares about every person in the company.

That level of inclusiveness combined with exciting work and great benefits are the main attractions for people working here. For example, our compiler team delivers the best performance for IA C/C++/Fortran compilers, as well as enables and helps to co-design new Intel hardware. The compiler team is also among the top contributors to open source compiler projects in the world. We work with Google, Apple, RedHat and others on different aspects of GNU toolchain, LLVM framework and Android NDK development.

On the benefits side, we have good health and life insurance, which is very important to anyone, of course. As for other benefits, for me the lunch card is one that is very useful, as well as the multisport card and the fact I can get free access to many swimming pools and climbing walls in the city, not to mention fresh fruit and so on.

I only recently moved here, but I love living in Gdansk. For me it has been a really big experience - moving to another country. So I was really scared about it, but Gdansk surprised me. It is a very old and beautiful city with his own history. I like go for walks to the seaside in Sopot or visit old town. There’s also a very convenient transportation system, you can get to different places almost any time, day or night.

I also like people here, because they are all, not only in Intel, polite and responsive. That culture is a big part of making people feel welcome.

If I were to describe Intel in three words, they would be: “Make it possible”. It might sound like a slogan, but it really is true!”


If you are interested in joining our Software Services Group in Poland or across the world, check out our current opportunities here and apply today!

Mateusz Belicki is a software engineer who has been working on Intel compilers for just the last two months. We talked to him to get a sense for what it is like being a new engineer with our team in Poland.

“I came to Intel because I saw it as an opportunity to improve my own skills and knowledge. I’ve got an interest in compiler engineering and programing language design, and Intel is one of only a handful of companies that is working on solutions in these areas. It’s also important to me that Intel does a lot of work in the open source software space. What surprised me was that I assumed Intel would be a like most large corporations, with a lot of strict policies and corporate oversite, but I’ve found it to actually be a lot more laid back than I expected.

For example, a very important thing for me is how each employee is able to adjust their working schedule to fit their personal preferences by just having a simple conversation with their manager. This greatly reduces the interference between work and the rest of life. It’s also a very mature stance for a company to take, focusing more on getting results from your work than with the minutiae of when you are sitting at your desk.

One thing that I definitely see as part of the working culture here is an emphasis on personal and professional growth. There are many initiatives inside the company that allow employees to learn and try new things. Community groups at Intel can be really helpful for people who take the opportunity to relocate to other cities or countries to connect with other people and form a social circle, which can be very hard in a new place. While programs like career workshops and rotation programs are useful for giving you a chance to try other roles and develop new skills.

I feel like my role working with compilers has impact because our compilers allow for the user-friendly way of software creation while still making use of the full capabilities of the CPU. From a developer standpoint, we provide an invaluable tool that lets software which has already been written make use of new hardware advancements.

I am really enjoying working in Gdansk and the whole Tricity area in general. It's amazing that, despite being a rather populous urban area, the city is very close to the nature. Most of the city is located between the sea and the forest, so it is easy to visit either of them. The city center in Gdansk is also a very nice place with a rich nightlife. I’d say it was fairly easy for me to adapt to working here."
Tags (5)
0 Kudos
Share