Taking the Challenge and Making the Leap: A Q&A with Intel VP Carolyn Duran 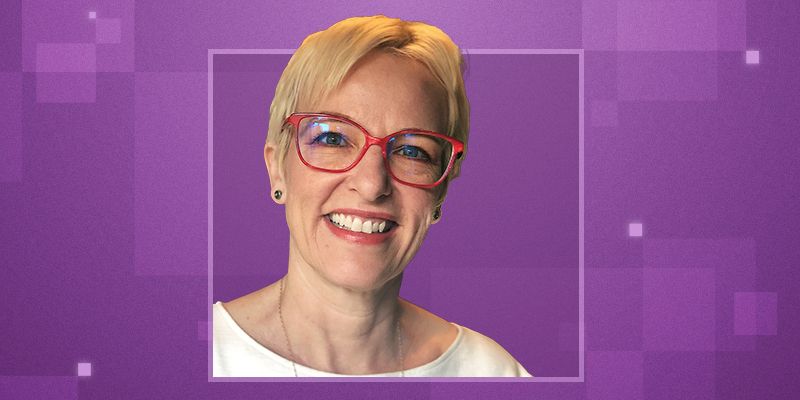 During Women’s History Month, the women of Intel, like VP Carolyn Duran, don’t dwell on the past so much as focus on the future, encouraging and supporting one another and continuing to change the world.

To kick off Women’s History Month, I sat down with Carolyn Duran, VP of Process Engineering and External Partnerships with Components Research (part of Technology Development), to learn about her 23-year (and counting) years at the company, including what brought her here and her experience navigating a niche area of engineering, where there were—and still are—few women working alongside her.

This year, the theme for Women’s History Month is #BreakTheBias. I didn’t even mention bias before it came up in our conversation when I asked Duran if she always knew that she wanted to be an engineer.

“No, I didn't always know that I wanted to be an engineer, but I was very good at math and science, and enjoyed those subjects. I was lucky that I had teachers that encouraged me,” Duran said. “However, when I was in high school, my guidance counselor told me to be a nurse—and didn’t even mention the option of becoming a doctor.”

The checked box that changed her future
One day, while attending church in her hometown of Schuylkill Haven, Pennsylvania, Duran met up with a friend studying electrical engineering at Penn State, who asked her if she’d heard of materials science.

Shortly after that encounter, Duran received a pamphlet from Carnegie Mellon University. Among the degrees offered was materials science. She checked the box. She soon learned she was accepted in Carnegie Mellon’s program and was asked to come work in the department’s lab before her freshman year.

Duran said checking that box and working in that research lab changed her career trajectory. Suddenly, she was in love with the field.

After completing her doctorate at Northwestern University, Duran joined Intel in 1998 and has been here since. In her first role at Intel, in process technology development, she said she could probably count the number of women in the organization on one hand—though she notes that this wasn’t much different from her college and postgraduate experience.

Duran has covered an impressive amount of ground in her time at Intel, including stints in technology development, components research, supply chain and conflict mineral management—and the list goes on.

Duran made it clear that she was not an expert in all the areas when she took these positions. “I love a good challenge,” she says, “and I would make sure that the team knew I’m a quick learner.”

A fork in the road, which way to go?
Senior technical leaders at Intel can take one of two paths, either the vice president or the fellow route. Ultimately, Duran chose to the take the technical vice president route. By doing so, Duran realized that she could help hundreds of people be their best and advocate for them with her technical knowledge and breadth of experience in the field.

Choosing the vice president route has come with its challenges.

“People assume that I’m not technical enough to be brought into conversations. They assume just by my title that I am not technical,” said Duran. “I don’t want to have to put my signature with ‘Ph.D.’ behind it every time … but that’s the thing about being a woman, as I enter new places, I will start with that signature—and I don’t think men have to do that, which makes me irritated.”

She also recalls several instances where she was mistaken to be an admin, once in the fab, where she showed up wearing a skirt (before changing into proper PPE), and another time when hers was the only recognizably female name on an email thread (despite having her name next to a technical line item in the body of the email).

Ultimately, despite the challenges and biases she faced, Duran said that she doesn’t regret taking the vice president route. She believes that her purpose is to be of use—and Intel needed technical vice presidents to help lead, so she did. She also hopes to use her position to help bring in more technical women to Intel and the engineering field at large.

Duran’s work to increase the representation of women in STEM doesn’t stop at Intel. As president of the Materials Research Society, Duran is actively involved in shifting what it means to be a technical woman in materials research.

“There are stereotypes and assumptions,” Duran said. We must challenge these biases, she says, not by telling the woman how to behave differently, but rather by shifting the culture to what we want it to be.

What can we do to make Intel even more inclusive and continue breaking biases?
Duran says that both women and allies must “show up and be active listeners. Demonstrate that you’re listening and learning.” She adds that we also need visible role models who are actively engaged in the community.

Duran adds that people need to lead by example. She recalls a recent situation where a question was asked in a meeting, and someone began to answer. A male colleague of Duran’s spoke up and said, “I asked a question about memory and Carolyn owns memory, so I’d like to hear from her.” Duran thanked her colleague for doing that and then proceeded to take this example back to her team. A few months later, one of Duran’s team members had a similar experience and was able to correct the situation using the learnings that were shared.

“These are things that can be taught, but are better learned through shared experiences,” Duran said.

Advice to her younger self
With little hesitation, Duran said that she would tell her younger self to “be passionate, stubborn and persistent. Don’t close yourself down to one single path; be open to different paths. Maybe that means figuring out one or two things you know you don’t want to do and leave everything else open. Take those steps one at a time and don’t be afraid to take leaps.”

Her next leap forward
Duran is the first to admit that her career path has not been linear. Embracing her own advice, Duran said that she's about to take her next leap, rejoining components research as vice president of Process Engineering and External Partnerships in just a few weeks. “Though it will be hard to leave my amazing team behind, I am so excited for this opportunity to go back to my roots in materials science,” said Duran.

Ready to take a leap in your career?
Discover opportunities with us today.