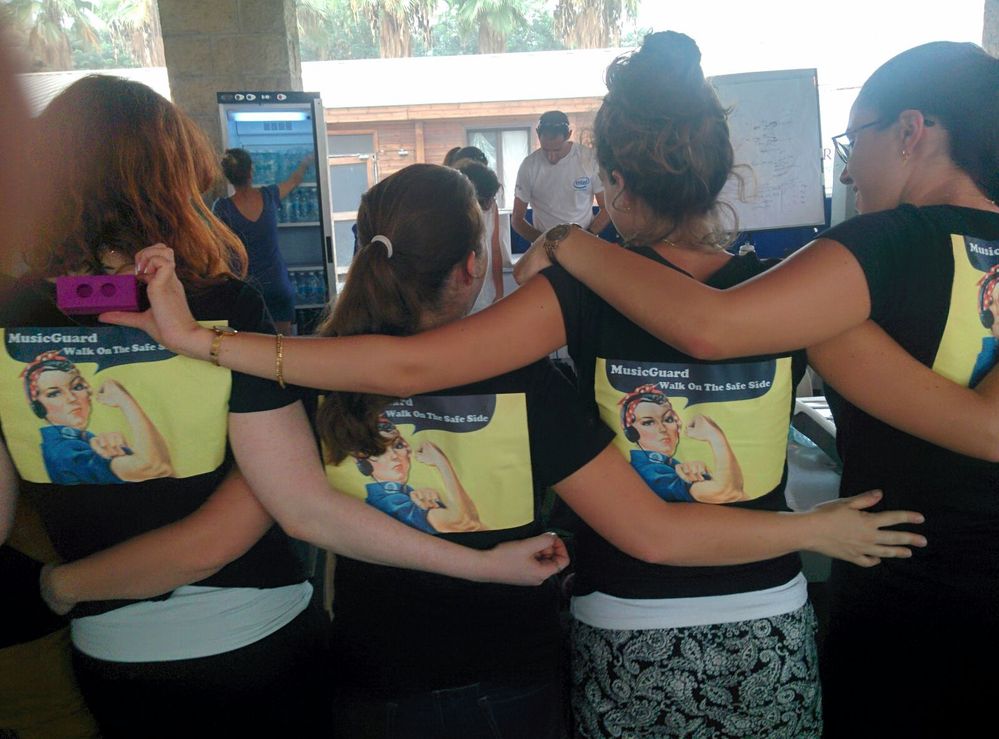 We_Are_Intel1
Employee
0 0 73
The DLD (Digital-Life-Design) Tel Aviv Innovation Festival is Israel's largest international tech gathering, featuring hundreds of startups, VCs, angel investors, and leading multinationals. This year, for the first time, Intel had a large presence at DLD, with various activities aimed at highlighting Intel as a leader in innovation. Among this year’s events was the IOTivity Makeathon, a two-day makers’ marathon in which teams competed to develop the best IoT (Internet of Things) devices based on Intel platforms (primarily Edison). The broad range of projects showcased both the creativity of the strong and vibrant Intel Israel maker community and the boundless possibilities enabled by Intel Architecture.

At this year’s IOTivity Makeathon—where 30% of the participants were women—the winning team was an all-female group who called themselves "MusicGuard—On the Safe Side." They developed a pedestrian safety device that clips to a user’s back and senses when someone is approaching from behind. When the sensor is activated, the device (using an Intel Edison) transmits a command that turns down the music on a user's cellular device to alert the user of the unidentified person’s presence.

“Our idea was inspired by an everyday situation that most of us come across,” said team member Sheli Vail. “Wanting to listen to some music while walking at night. This situation is sometimes a bit frightening, as we can’t really hear what's going on behind us. That's how we came up with MusicGuard.”

The team even used a 3D printer to produce a small, stylish mockup of the wearable device—all within the allotted 36 hours of the Makeathon. “The technology challenges were unbelievable, the weather wasn't on our side (they were very hazy days),” said Vail. “But we worked hard by learning the material in advance, took some training lessons, got baseline assistance from nice people. The most important thing is that we believed in ourselves as a team.”