Getting the Most Out of Your vSphere Tiered Memory Configurations

Flavio_Fomin
Employee
0 0 463
It is not news that the explosive growth of data, the use of data-intensive applications like artificial intelligence and machine learning, and the need to process data in real time are increasing the demand for larger memory. Because DRAM density is not increasing at the same rate as the growth in demand, memory is becoming a very significant portion of a VMware vSphere server’s bill of materials, creating a cost pressure on data centers.

The deployment of a memory hierarchy is an economical solution to this problem, taking advantage of data locality and the trade-offs in the cost-performance of memory technologies. However, the introduction of new memory technologies is not an easy feat. Intel® Optane™ persistent memory (PMem) is the first commercially viable and scalable new memory technology introduced since NAND Flash Memory was introduced in 1989. Intel Optane PMem provides the density and speed necessary to enable the implementation of a tiered memory solution.

The deployment of Intel Optane PMem in Memory Mode transforms the single-tier memory of the vSphere host into a tiered memory. In this configuration, DRAM serves as the memory cache for the hot data (tier 0), while Intel Optane PMem serves as a large-capacity, affordable main system memory (tier 1). This two-tier memory system is simple to implement and transparent to VMs and VMware vSphere operations.

Intel Optane PMem is offered in 128 GB, 256 GB, and 512 GB DIMMs, and is generally far less expensive per GB than DRAM. At current prices, the $/GB for Intel Optane PMem is at least 70 percent less expensive than DRAM, creating opportunities for host memory optimization.[i] For example, you can deploy 1 TB of tiered memory for 31 percent less cost than a traditional 768 GB DRAM deployment.[ii] Or, you could deploy 2 TB of tiered memory for nearly the same cost as a traditional 1 TB DRAM deployment.[iii] Overall, a tiered memory system using Intel Optane PMem can result in a nearly 20 percent reduction on the cost of a fully configured host with 2 TB of memory.[iv]

Tiered memory was introduced with VMware vSphere 6.7. However, many data center architects are not yet comfortable with this relatively novel approach to memory configuration. Two primary questions arise:

These questions are important, because determining the right size of tier 0, or DRAM cache, and ensuring that the utilization guidelines are kept over time, are key elements of optimizing cost and performance.
The first question, regarding configuration, has a simple answer: VMware vSphere systems provide an Active Memory counter that corresponds to the Hot Area of a host. The historical Active Memory information is easily obtained from vSphere, either manually or with sizing tools, and can be used as the basis for determining the size of the DRAM tier. The general rule is that the Active Memory used by a host should fit within the DRAM footprint.

But until now, it was difficult to answer the question regarding monitoring and managing tiered memory. This is because prior to the release of VMware vSphere 7.0U3, few tools were available to monitor tiered memory environments. It was difficult to determine which hosts had tiered memory, how much DRAM cache was left or in use, how much DRAM cache was being used by a VM, or what the read cache miss rate was. However, with VMware vSphere 7.0U3, these questions are more easily answered, because this version provides instrumentation to monitor and manage a tiered memory system.

The new VMware vSphere Memory Monitoring and Remediation (vMMR) tools are fully integrated to the VMware vCenter user interface (UI). vMMR facilitates the verification of whether the host has memory tiering configured and provides details of the configuration, as can be seen in this screen capture.

When monitoring the performance of a host, it is now possible to correlate Active Memory (hot area), DRAM and Intel Optane PMem bandwidth utilization, and DRAM miss rates (that is, how frequently the system is accessing data from the Intel Optane PMem tier). The following screen capture (accessed through the vSphere Client UI by clicking Host  Monitor  Overview  Choose Memory tab) shows an example of the type of information that is available from vMMR.

Data center administrators can use this information to determine whether the host is operating within the recommended guidelines for best performance and use the historical information for capacity planning. This helps to determine when additional DRAM and Intel Optane PMem capacity will be needed or identifying whether further optimization of the DRAM-to-Intel Optane PMem ratios is possible.

An important characteristic of vMMR being integrated with vSphere is that it also issues health alarms if the DRAM occupancy exceeds the default threshold or if the Intel Optane PMem bandwidth exceeds the DRAM bandwidth on a particular virtual machine (VM). In these cases, the information from vMMR can help identify which VMs are consuming most of the DRAM and/or Intel Optane PMem footprint and bandwidth, and determine if a VM should be migrated to another host to rebalance the cluster load.

The screen capture below illustrates that it is possible to customize the columns of the VMs tab (1 and 2), add the counters needed to evaluate memory utilization (3), and sort by Active Memory (4). This quickly identifies the top memory consumers (potential noisy neighbors), which can be migrated to another host.

Important: The migration of VMs with large memory capacities is much faster since vMotion was refactored as a part of VMware vSphere 7.0, which changed from 4 KB to 1 GB pages for memory transfers.

In conclusion, vMMR provides an easy-to-use and comprehensive set of tools that can be used to monitor and manage a tiered memory implementation. For more information, watch the Intel Optane PMem for VMware vSphere vMMR VMworld video and visit the Intel Optane technology for VMware solutions page. 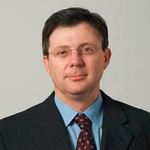 Flavio Fomin is a Cloud Solutions Architect at Intel in the Intel Optane Group where he creates solutions to optimize the cost and performance of hybrid clouds using Intel® Optane™ SSDs and Intel® Optane™ persistent memory.