Artificial Intelligence (AI)
Engage with our experts on topics in AI
Announcements
The Intel sign-in experience is changing in February to support enhanced security controls. If you sign in, click here for more information. 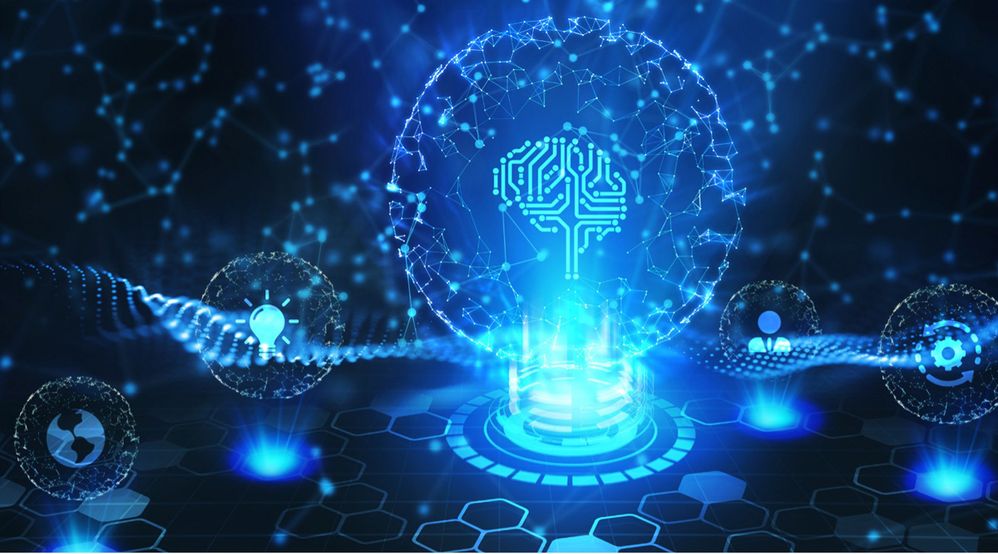 The tech industry is in the midst of “the fifth epoch of distributed computing.”[i] It is a crucial evolutionary moment, driven by the need to support artificial intelligence (AI), machine learning, and data-centric workloads that require real-time data insights. The world is not short of data to power these insights. However, computing resources are often bottlenecked by the inability to quickly retrieve the necessary data. This is especially true in a massive, distributed computing system, where multiple processors share the same data. In a distributed system, the concept of memory caching can be complicated.

During the 2022 International Solid-State Circuits Conference (ISSCC), Dr. Frank Hady presented the need for system-level near memory compute for overcoming the data bottlenecks in future AI data processing systems. The session was titled, “We’ve rethought our commute; Can we rethink our data’s commute?” In his session, Dr. Hady made the following points:

The talk introduced system-level relevance criteria for understanding the likely success of near memory compute solutions. This blog continues that discussion by introducing a novel approach to data management that unifies temporal caching data access methods to maximize performance in these increasingly important applications. The foundation for this new approach is Intel® Optane™ persistent memory (PMem), serving as a secondary memory tier.

Data is retrieved from main memory and stored in cache memory according to the principle of locality. This principle acknowledges that programs tend to access a relatively small portion of the memory address space at any given time. The general rule of thumb is that the average application spends 90 percent of its time accessing about 10 percent of the data.[ii] Now, there are two different types of locality:

Note: The concept of “semantic locality” as part of knowledge management is beyond the scope of this blog.

If a distributed computing system is using “true sharing,” the involved processors must synchronize their caches to ensure program correctness, which can slow down cache access. In this blog, we focus on temporal caches, which can be accessed far faster than most other caches because programs with high temporal locality tend to have fewer true-sharing cache misses. A true-sharing cache miss can occur when two processors access the same data word, invalidating the cache block in one processor’s cache.

Traditional I/O-centric data management practices that rely on Load-Store instructions to access in-memory data and POSIX file I/O to access persistent data do not provide the consistency, durability, or integrity that AI and other data-intensive applications require. As an alternative, we advocate using secondary memory options like High Bandwidth Memory (HBM) and Intel Optane PMem to unify temporal cache data access and minimize latency. In essence, Intel Optane PMem creates a tiered memory system, where the DRAM serves as an L4 cache for the large-capacity and low-latency Intel Optane PMem.

Temporal caching is used in a variety of use cases:

While the benefits of a temporal cache are clear, developers face several challenges when designing them. These challenges include dimensioning the temporal cache (especially relevant to content delivery networks), as well as improving the energy efficiency of memory management. The latter challenge can be partially addressed by using runtime-assisted dead region management (RADAR) to predict and evict dead blocks in last-level caches.[iv]

An example of a general temporal cache model is a parallel job that is designed to implement a query execution plan against immutable data, which is presented as a table described by a schema. (A query execution plan is a sequence of steps used to access data in a SQL relational database management system.) The table is generated from the log constructs that consist of the current mutable (unsealed) log segment, as well as many immutable (sealed) log segments. Amazon Redshift, Databricks Delta Lake, F1 Lightning, and Procella all share a common architecture that uses this model, as depicted in Figure 1.

As shown in the diagram, the current design uses storage – locally attached NAND SSDs – to buffer intermediate results of a query following the first scan/merge operation. This data must be paged into memory before further processing. Unfortunately, the access latency for NAND SSDs is orders of magnitude higher than if this data was accessed in memory.

Aside from high latency, complexity is another problem with the current temporal caching model. Developers typically use one interface (Load-Store) for memory-resident data, and a second I/O-based interface (POSIX) for data that is in storage. The rest of this blog explores a fascinating question: What if I/O operations could be eliminated from all operations in the query execution plan after the initial scan/merge?

As we mentioned at the beginning of this blog, processor speeds continue to increase faster than the ability to access main memory, making effective use of memory caches more important. Therefore, let’s explore the possibility of enabling a query engine to access datasets via a unified Load-Store interface – that is, in memory – using the same log as described for the “current model.” This log ingests new data while ensuring that order, durability, and integrity requirements are met.

In the new model, the query engine fills buffers in a DRAM-backed heap when accessing data that resides in the unsealed log segment. Sealed log segments that are stored in this shared distributed log are accessed by copying the data to a temp file in a direct access (DAX)-enabled file system.[v] This file is then memory mapped, thus treating these segments as a pool that is backed by secondary memory. Sealed log segments that have migrated to tertiary object storage can be accessed similarly by using the same copy/memory-mapping technique. A depiction of this proposed framework is shown in Figure 2.

This copy/memory-map facility is an early embodiment of the envisioned memory-centric temporal cache, in which the query engine ensures that data is uniformly accessed via Load-Store operations.

What’s Next for Memory-centric Temporal Caching?

The following are several opportunities for optimizing memory-centric temporal caching:

For more information, see the following:

[i] Amin Vadhat, “Coming of Age in the Fifth Epoch of Distributed Computing,” https://www.conferencecast.tv/talk-38618-keynote-amin-vadhat-coming-of-age-in-the-fifth-epoch-of-dis...

[iv] “Temporal Locality in Today’s Content Caching: Why it Matters and How to Model it,”  https://ieeexplore.ieee.org/document/7446101

[vi] “What is Predicate Pushdown?” https://phpfog.com/what-is-predicate-pushdown/ 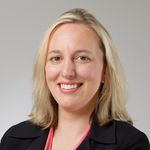 Allison Goodman is a Senior Principal Engineer and Director of Optane Solutions Architecture at Intel. She works closely with customer teams to understand their memory and storage bottlenecks, and collaborates to create solutions through software and hardware changes. Allison has a long history of expertise in storage and solid-state-drive product development. She’s lead firmware architecture, validation, power and performance characterization, and product systems integration. Allison is a change agent and advocate for engineering discipline for high quality at scale. She is an active leader in the Society of Women Engineers and local Sacramento STEM pipeline activities. She a sought-after speaker. Allison has a degree in Electrical and Computer Engineering from Cornell University.
Authors