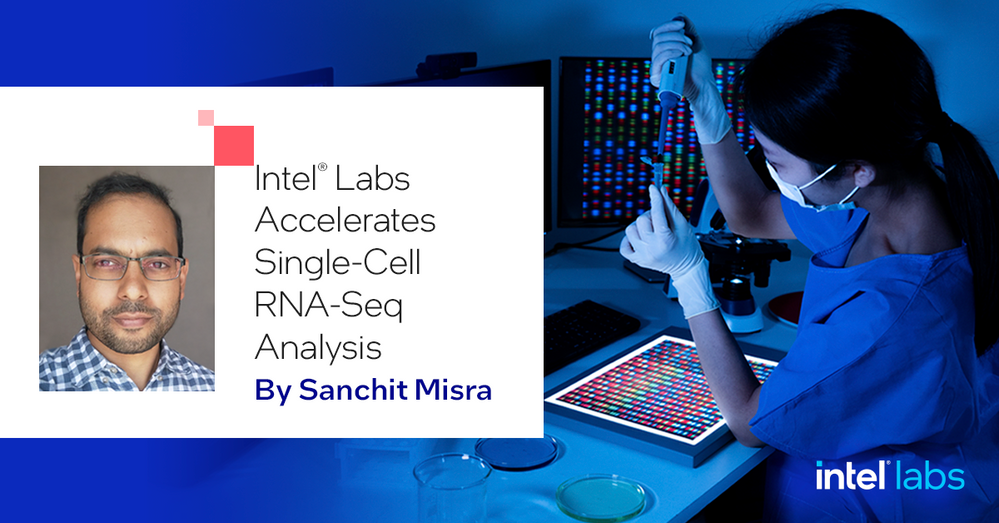 Dramatic increase in resolution of measurement has always revolutionized fields. For example, the incredible scientific impact of the invention of microscope and telescope. Single-cell analysis is a primary example of a similar revolution unfolding in biology. The human body is made up of nearly 40 trillion cells. Historically, these cells have been examined in bulk, sometimes millions of cells at a time, which cannot capture the differences across cells. Single-cell analysis is a field devoted to the study of the individuality of cells. It is beginning to unravel the mystery of cell differentiation by identifying novel cell types, revealing mechanisms that make these cells different from each other, and demonstrating how cells respond to certain diseases or drugs. This relatively new field is already showing immense potential for biological discoveries with applications ranging from cancer to Covid-19 related research.

The amount of single-cell data is increasing at a rapid pace thanks to the advancement of data measurement technologies. The size of individual datasets is increasing at a similar rate. Analysis of this data typically involves running a data science pipeline. Because the steps of the pipeline are often repeated with changes in parameters, it helps to have an interactive pipeline that can run in near real time.

ScRNA-seq Analysis of 1.3 Million Mouse Cells in Just Seven and half Minutes on a Single CPU
There are many kinds of single-cell analyses studying various aspects of cell-differentiation. Single-cell RNA-seq (scRNA-seq) analysis studies the differences in gene expression profiles across cells. It relies on single-cell RNA sequencing, which is an advanced technique that enables measurement of the gene expression of individual cells.

A typical workflow to do scRNA-seq analysis begins with a matrix that consists of the expression levels of the genes in each cell. In the data preprocessing steps, noise is filtered out and the data is normalized to obtain the activity of every human gene in each individual cell of the dataset. During this step, machine learning is often utilized to correct artifacts from data collection. Subsequently, dimensionality reduction is performed followed by clustering to group cells with similar genetic activity and visualization of the clusters. With over 800,000 downloads, Scanpy is one of the most widely used toolkits for this analysis.

For a dataset consisting of 1.3 million mouse brain cells, the pipeline depicted above in Figure 1 would normally take nearly 5 hours on a single CPU instance (n1-highmem-64) on GCP using off-the-shelf (baseline) Scanpy implementation. For the same pipeline, Nvidia has reported an end-to-end runtime of 686 seconds on a single A100 GPU using Nvidia RAPIDS.

At Intel Labs, we collaborated with the Intel® oneDAL team and Katana Graph, to accelerate the pipeline by using better parallel algorithms and tuning the performance to the underlying architecture. While this is still a work-in-progress, the table and chart below report our current performance and cloud usage costs. These results were recently presented at Intel Investor Day 2022. The whole pipeline can now be finished on the same single CPU instance (n1-highmem-64) on GCP in just 626 seconds. This performance only gets better with the newer n2 instance types running 3rd Generation Intel® Xeon® Scalable Processors (Ice Lake). We also reduced the memory requirement of the pipeline so that we can use the low memory n2-highcpu-64 instances instead of high memory n2-highmem-64 instances. On a single instance of n2-highcpu-64 on GCP, the whole pipeline finishes in just 459 seconds (7.65 mins). This is nearly 40 times faster than the 5-hour CPU baseline that we started with. This is also nearly 1.5 times faster than Nvidia A100 performance. 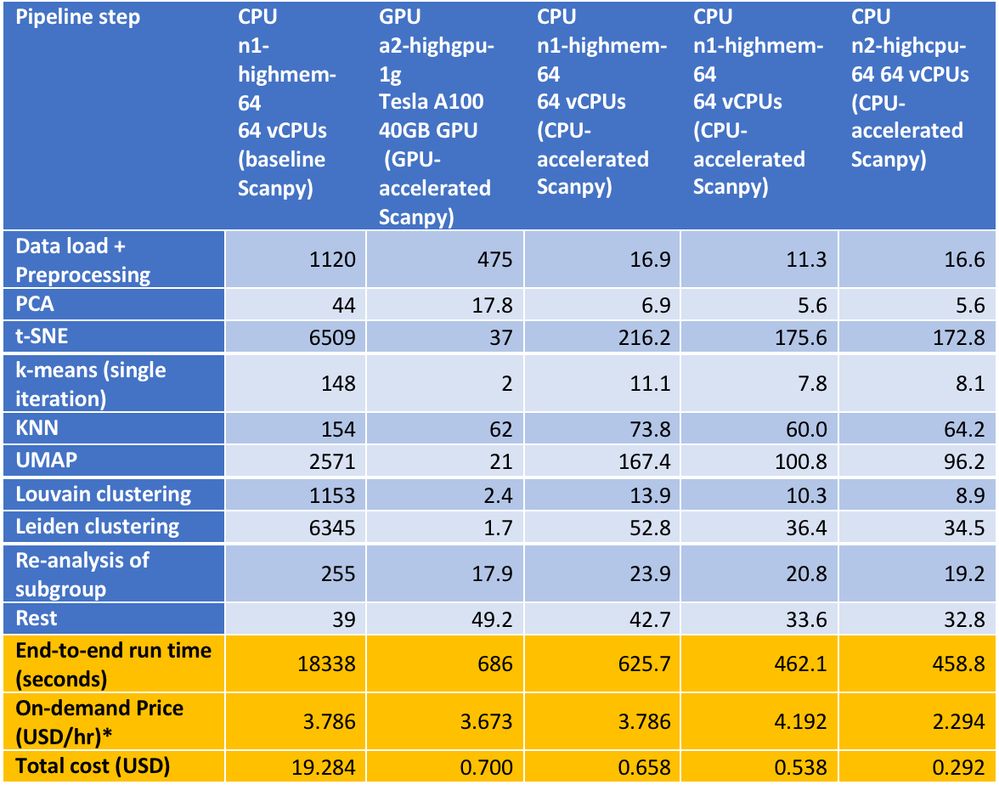 How Was the Data Science Pipeline Accelerated?

Detailed below is a brief summary of the steps we took to improve the performance of this pipeline.

These developments significantly reduce the time it takes to analyze large datasets, allowing researchers to complete their work 40 times faster on a CPU and 1.5 times faster than an Nvidia A100 GPU.

Single-cell analysis has applications in many areas: oncology, microbiology, neurology, reproduction, immunology, digestive and urinary systems. Hopefully, reduced working time will allow for a much deeper understanding of different cells, paving the way for medical advances that could have great collective benefits. We are working on further refining the the scRNA-seq analysis pipeline. Specifically, our efforts are focused on making further improvements in tSNE, UMAP, and Leiden. 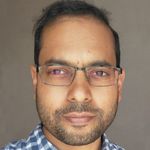 Dr. Sanchit Misra is a senior research scientist and leads the efforts in computational biology/HPC research at Intel Labs. Dr. Misra has ~15 years of experience in Genomics and machine learning and scaling applications on large clusters/supercomputers, extracting every iota of performance from the architecture and driving architecture improvements. Before joining Intel Labs, he earned his PhD in high performance computational biology from Northwestern University.
Authors