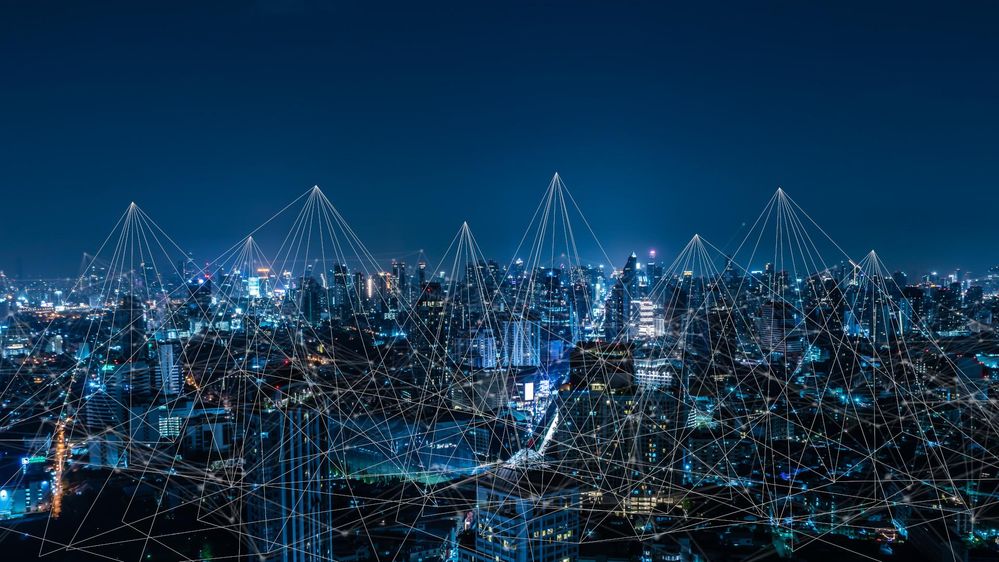 If you’ve watched any science fiction show, you’ve likely heard dialogue related to electromagnetic (EM) waves or phenomena interfering with ship systems. Although most entertainment shows, in the pursuit of drama and excitement, exaggerate these effects, like many concepts, it all starts with a grain of truth.

Ever wondered why even on the most modern aircraft, we are required to turn off our mobile phones and laptops on takeoff, landing, and in general anytime in the flight when the aircraft is below 10,000 feet? This prevents potential interference that could pose a safety hazard as the cockpit crew focuses on arrival and departure duties, according to the FAA. On a given flight, there could be hundreds of different personal electronic devices (PEDs) that may produce interference.

As recent as 2012, the FAA still required anything with an off switch to be powered down during these critical flight times. Today you can use your phone or tablet in airplane mode during takeoff and landing and essentially anytime on the flight. Now most aircraft have on board Wi-Fi so, once above 10,000 feet, you can stay connected.

So, what led to the relaxation and the proliferation of wireless technologies as a feature for airline travel rather than a hinderance? Barriers to allowing the use of PEDs on aircraft were overcome in following three ways:

However, technology does not stand still, and today’s PEDs challenges are somewhat different than the barriers to bringing and using devices on aircraft. Today, our devices are not only faster, they have more functionality. Compared to a laptop of the late 1990s, today’s devices have cameras, microphones, and high resolution displays that connect wirelessly to our companion devices as well as the internet at blazingly fast speeds. They connect and disconnect seamlessly as we move from one room in our home to another, or as we step outside to take a Skype call from a family member. They can have batteries that last eight hours or more and wake up in seconds, ready for a task.

Often forgotten is that the creation of devices with these functions also brought and continues to bring challenges. Not that long ago, old flip phones were principally voice communication devices. In general, wireless communication devices and compute devices such as PCs were distinct and separate devices. All that changed first with the introduction of Intel Centrino technology, which brought wireless connectivity to our laptops, and then more recently with the creation of smartphones. Today’s wireless phones are far more than a phone. They take photos, provide entertainment with games, give restaurant recommendations, and guide us home based on our geolocation, traffic reports, and habits.

Similar to the airline industry where compatibility between PEDs and the aircraft had to be established, the same is true for these multifunction devices. Take the example of wireless functionality and compute/processing/graphics. Once we added high performance compute (the thing that makes our smart phones smart) to our phones and wireless to our computers, a new set of challenges were created. Electronic devices create EMI, which in essence is simply RF noise. That noise is small enough to not affect the electronics themselves typically, but when you now add wireless functionality to the same device, that RF noise can disrupt the frequencies used for communication. Do nothing and the device may not perform as desired. In addition, the RF transmissions generated by the wireless functionality is typically 10-100x greater than the “background” noise created by the digital circuits. Without due consideration and mitigation, those RF fields can affect other functions of the device.

Therefore, wireless engineers need to be cognizant of RF noise created by digital electronics, and computer engineers need to consider and plan for systems with integrated wireless functionality. This means considering these factors at the beginning of the design cycle and not waiting until the product is “done” and finding it doesn’t quite work as intended. The electronics industry needs engineers with broader skillsets as the potential interactions between subsystems becomes a greater challenge to solve.

The future is indeed exciting, as are the challenges in ensuring today’s and tomorrow’s electronic devices work as expected and intended at all times.

Intel and the future of wireless devices

So, what is Intel and the electronics industry doing to ensure today’s devices operate as intended with respect to EM and RF interference?

New technologies: Today’s systems are dynamic and change their operating conditions based on such things as usage and battery power. This can also be said of interference avoidance with systems changing their operating modes in real time based on usage, frequency of operation, and wireless frequency utilization. Circuits can also be designed to be more resilient to RF noise, lowering the risk due to the growing number of RF devices in the environment.

Information sharing: This includes design guides distributed to the development community as well as broad sharing of best-known methods (BKMs) through such bodies as the Institute of Electrical and Electronics Engineers (IEEE) in the form of published papers or workshops.

The world does not stand still. As the demand for greater compute/graphics and wireless performance continues to increase, we use more of the RF spectrum for mobile devices and the complexity of the digital electronics increases. Not that long ago, we only used about 500MHz-1GHz of the available spectrum below 7GHz for our mobile devices. By the time Wi-Fi 6E is released and 5G phones are available later this year, close to 6GHz of spectrum will be used by the myriad of wireless devices around us. Operational frequencies for our PEDs will span from hundreds of MHz to more than 5GHz. Our devices will have not one CPU or GPU core but tens or hundreds of execution units with special chips to do artificial intelligence or other specialized functions. All of this means an exciting future ahead of us as both consumers and designers of these devices.

From the designer perspective, today’s devices cannot be designed in isolation. We must consider how and where they may be used, what functionalities may be integrated and how those functions such as wireless may affect each other. With more RF spectrum being used for wireless communication, the opportunities for interference between subsystems is increasing, and as we pack more functionality into smaller form factors, the RF and digital systems get closer together, increasing the likelihood for unintended interactions.

The future is indeed exciting, as are the challenges in ensuring today’s and tomorrow’s electronic devices work as expected and intended at all times. I still smile every time I hear EM or RF interference in those sci-fi shows. I smile knowing that there is a significant amount of work going on today and planned for tomorrow making sure those “pesky” EM fields deliver great wireless performance while not being affected by or impacting the performance of my really “smart” PED.
0 Kudos
Share