Turn on suggestions
Auto-suggest helps you quickly narrow down your search results by suggesting possible matches as you type.
Showing results for
Search instead for
Did you mean:
Announcements
Intel Support hours are Monday-Fridays, 8am-5pm PST, except Holidays. Thanks to our community members who provide support during our down time or before we get to your questions. We appreciate you!

This wiki page is dedicated towards users that would like an example in using:

This example runs on the TerasIC Cyclone V GX Starter board. 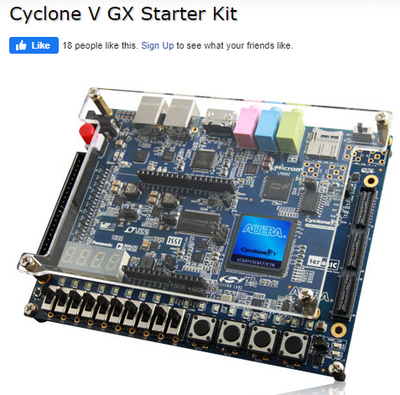 Here is a picture of the setup: 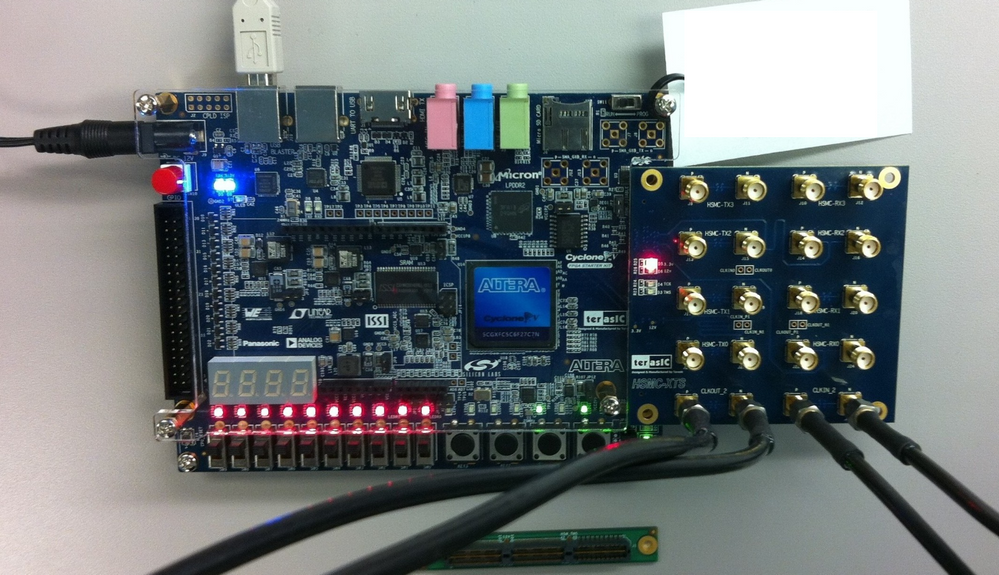 The board plugged into the TerasIC Cyclone V GX Starter board is a TerasIC HSMC XTS daughter board and uses SMA loopback cables. 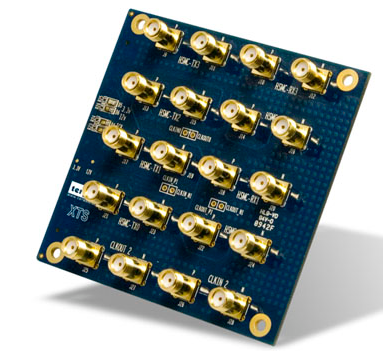 After downloading the design example and opening in Quartus, review the top level of the hierarchy, altlvds_C5_serial_link.v. This file contains instantiations for:

There are links to documentation in the top level code to assist in understanding.

In addition, there is miscellaneous logic for the following:

Again, there are comments in the top level RTL that describe how to use the switches and keys on the TerasIC Cyclone V GX Starter board as well as the control register in the Qsys design.

The following is a picture of the Qsys design used for this example. The design name is pattern_gen_check.qsys. 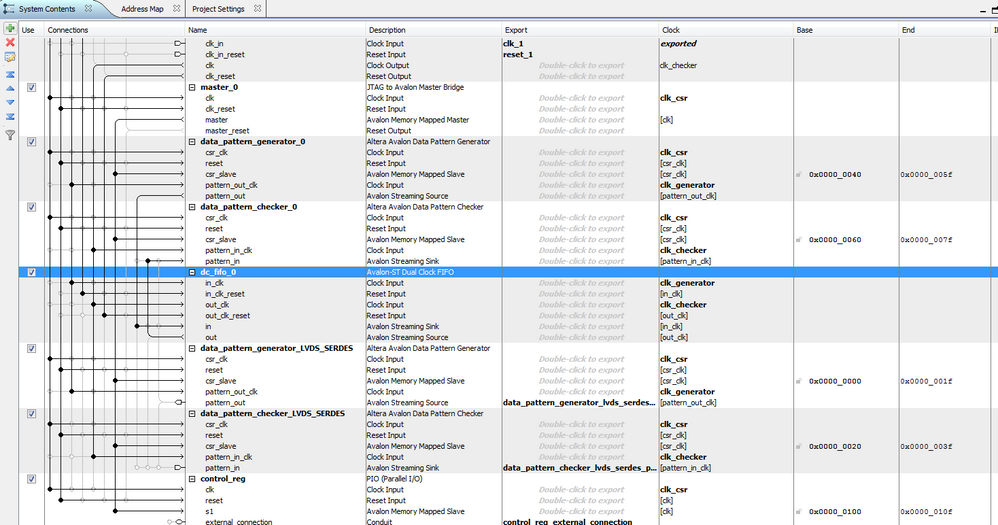 The second set of pattern generators and checkers (*_LVDS_SERDES) are used to send and receive data to/from the ALTLVDS_TX and ALTLVDS_RX IP blocks instantiated at the top level of the project, altlvds_C5_serial_link.v. The Avalon streaming interfaces on the data pattern generator and checker were exported to the Qsys design port map, the top level of pattern_gen_check.qsys.

The Avalon streaming interface for the data pattern generator and checker is 40 bits wide. The width is converted to 10-bits for the ALTLVDS TX and RX IP at the top level, altlvds_C5_serial_link.v.

The following Tcl script was used to automatically word and bit align the RX LVDS SERDES so that the data pattern checker can line up with the data pattern generator. Documentation links are contained in the Tcl file to assist in understanding Cyclone V fPLLs and manual phase alignment. The Tcl script also contains comments to document Qsys registers used in the example design, ltlvds_C5_serial_link.v, which instantiates Qsys design, pattern_gen_check.qsys. 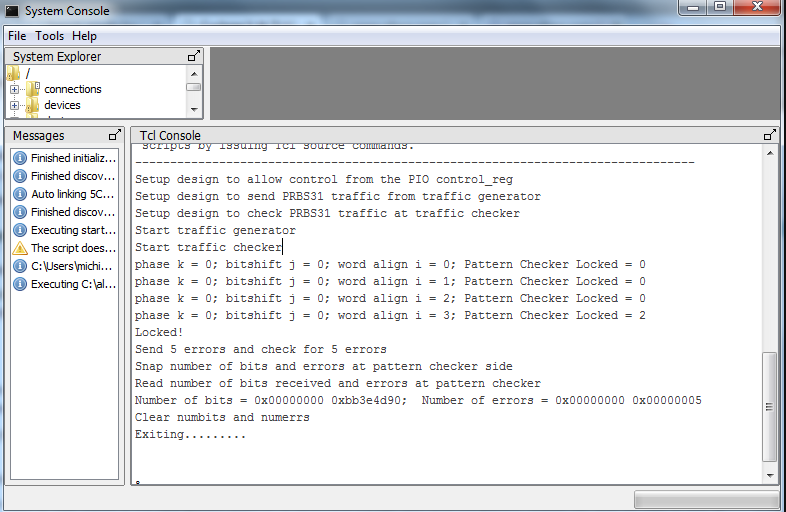 The following Tcl script can be used to watch the phase change occurring on pll_rx when making phase adjustments. A user can monitor the 62.5Mhz clock from pll1 and from pll_rx. Both have been brought out to JP9 on the TerasIC Cyclone V GX starter kit. While monitoring both 62.5Mhz clock outputs and running the below script, a user will see the pll_rx 62.5Mhz clock slide 360 degrees compared to the 62.5Mhz clock from pll1. Notice also that the script is checking to see if the data pattern checker stays in sync. You will see that the data pattern checker will lose and re-gain sync as the phase is incrementally offset.