You can specify which programming cable the Quartus programmer is to use.quartus_pgm -c {cable index}

Thank you for your reply. I know this possibility. But for a variety of reasons, there is a big advantage for us in not having to define the programming interface:  a) We only need one programming interface on a PC at one time, but it would be good if the interface type could vary (...so we remain independent of which programming interface we use, "ByteBlaster" or "ByteBlaster_II", ...).  b) When we use our FTDI device in BitBang mode, "quartus_pgm.exe" recognizes it as "USB-Blaster [USB-?]" as soon the COM interface is opend. The problem is, that for some reasons sometimes the real "ByteBlaster" remains at "[USB-0]" sometimes it changes to "[USB-1]".  c) Third problem is, that the given cable name in "quartus_pgm.exe" ("[USB-0]" or "[USB-1]") depends on the order you connect your interfaces to the pc (and also on the order the COM interfaces are opened).  For these reasons, it would be good if we could continue to use the tool in the same way as we did under previous operating systems (like WinXP/32, Win10/64).  Does anyone know what is technically the reason for this new behavior?  Best regards Dietmar
0 Kudos
Copy link
Share
Reply

You are struggling against 'progress' and the 'improvement of the tools'. Or as you are finding - changes that aren't particularly helpful.

I'm afraid you're going to continue to struggle against this. As you say, simply plugging items in in a different order changes how they are presented by the operating system.  Some of the problems you're encountering are not new. We wanted a number of setups, all the same, for production testing/programming some 10 years ago. We never found a flexible, satisfactory solution. Each station had to be 'assembled' according to a particular instruction, doing things in the right order. I'm unaware of any changes to the tools that changes this.  I think you need to put this question to people who are more knowledgable about PC operating systems and how you might solve it.  Cheers, Alex
0 Kudos
Copy link
Share
Reply 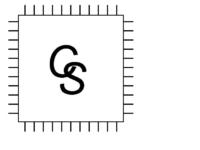 we have some similar, but otherwise different Problem. We have two USB Blasters installed in the Setup, one of them connected to the "to be programmed" electronics, the other one unconnected at the programming I/F, just being connected by USB. As already mentioned, you cannot be sure which one is recognized as [USB-0] and which as [USB-1]. Therefore, the user needs to try one of them, either being lucky or - if that fails - try the other cable. Can this "try and error" be automated? The idea is to start one programm and than the connected one is either detected or if the try with one fails, the second is tested automatically…