Intel® SoC FPGA Embedded Development Suite
Support for SoC FPGA Software Development, SoC FPGA HPS Architecture, HPS SoC Boot and Configuration, Operating Systems
Announcements
Intel Support hours are Monday-Fridays, 8am-5pm PST, except Holidays. Thanks to our community members who provide support during our down time or before we get to your questions. We appreciate you!

I have a local memory declared in my kernel code, which is of type int4 and declared as following

However, I'm not able to see how the block RAMs were calculated for the same.

I have attached the memory reports generated by the compiler for this memory, and as you can see the RAMs consumed by this memory is 14 blocks, which is way more than expected. 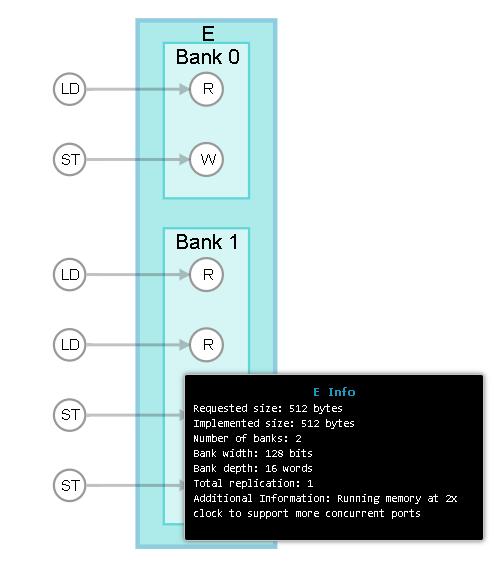 This was implemented on an arria10 soc development board with M20k RAMs. Accordingly the amount of memory with one M20k RAM comes as 32*512/8 = 2048 bytes. So only one M20k RAM block should have been enough for its implementation

Why does the compiler allot this memory 14 RAM blocks even though it mentions in the report that 512 bytes requested, 512 bytes implemented?