Intel® SoC FPGA Embedded Development Suite
Support for SoC FPGA Software Development, SoC FPGA HPS Architecture, HPS SoC Boot and Configuration, Operating Systems
Announcements
Intel Support hours are Monday-Fridays, 8am-5pm PST, except Holidays. Thanks to our community members who provide support during our down time or before we get to your questions. We appreciate you! 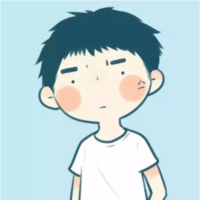 The below picture shows how the kernel work in proper boot process.

In sometimes, it will stuck on 'brd: module loaded' and no anymore logs shows.

We made a change that we would loaded two .rbf from SDMMC two different partitions. We are invoking cff_from_sdmmc_env(); twice.

​Is that invoking cff_from_sdmmc_env(); twice lead this kernel stuck problem?

Any change we should make to support loading two .rbf from SDMMC two different partitions?

Have you tried loading only one of the .rbf file to see if everything works correctly?

Are you attempting to load both rbf files at the same time?

Do you have any followup from your side?