Extreme Fps Drops in Any Game

So basically this issue occurred around 17 hours after season 3 of Warzone was released. At first, nothing was different, the game would run fine at normal FPS (100+ FPS) and all the Graphics settings were the same prior to season 3. The problem occurred once I had logged out of Warzone and back in again, The FPS dropped so dramatically (to about 0-5 FPS) it was astonishing, and in certain parts of the game itself, the game would just stop. Then I decided to pull up MSI afterburner and the in-game FPS viewing options to see what my CPU/GPU percentages and times were at and there was where I saw a problem. In the menus of Warzone, while switching between tabs such as between "Operator" and "Store" the CPU time would shot past 1500ms (normally getting less than 20ms) while the GPU time would stay at 0ms, and in-game the time would be about 1000+ ms for both the GPU and the CPU during the FPS drops (which were more frequent than the game running smoothly) and in any scenario, the CPU % would stay at around 90+ usage.

I've tried most things from deleting then reinstalling my game, lowering my graphics settings to the bare minimum, checking every hour to see if Nvidia or Intel had dropped any "drivers" that I had somehow missed, opening my pc case to see if any my components had been misaligned somehow, following every tutorial on Youtube and nothing changed. This issue stayed the same no matter what game I was playing. So I have called upon the "good" people of the internet to assist me in finding a solution.

Specs:
*Dell G5 5000* (this was the only thing that I could afford so please don't come at me for owning a prebuilt)

Thank you for your advice, but it was actually that the processor drivers needed to be updated (which is unusual since I had checked it several times before) or something along the lines of that, and the issue has come to a resolution. Once again thank you for your statements

Your processor does not include intel graphics, so I am not sure this is an intel processor issue.  You have nvidia graphics.  Have you tried contacting nvidia or the nvidia forum?  What version of Windows 10 are you using?

Thanks for the reply, I understand I do not have Intel Graphics therefore I did not put it under the "Graphics" tag and both the CPU and GPU are having problems so I decided to contact both Nvidia and Intel to find out the solution on their respective forums. 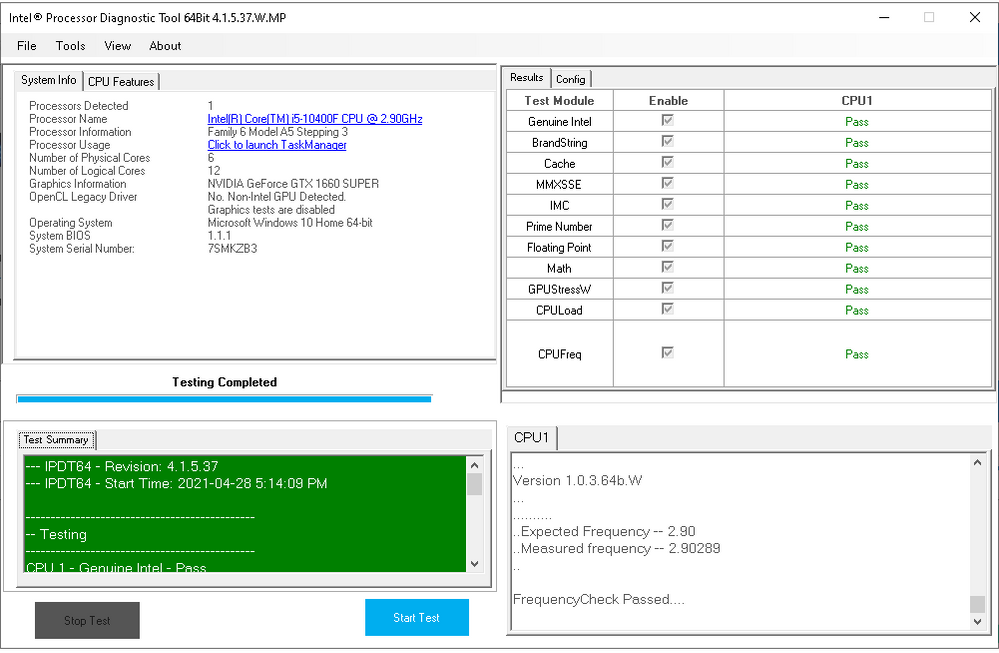 The processor is fine.  My suggestion is to work with nvidia.

Thank you for your advice, but it was actually that the processor drivers needed to be updated (which is unusual since I had checked it several times before) or something along the lines of that, and the issue has come to a resolution. Once again thank you for your statements