Intel Core i7 2600k - how are temperatures of cores measured? 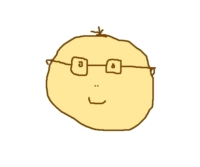 Each processor core has a Digital Thermal Sensor (DTS), located at the Core's hottest spot. Each DTS reports the temperature offset of the Core in degrees Celsius. That is, how far below the processor's Maximum Junction Temperature (Tjmax) the temperature is at the Core's hotspot. Since the Tjmax for a processor can also be read via a MSR, any entity reading these two can combine them to get an absolute reading. A particular Core's DTS reading can be read, via a particular MSR, by code specifically running on this Core. There are techniques for a task to move its execution from one Core to another, in order to read all of the Core DTS available. Now, the processor also has a circuit that combines the readings from these DTS (and other DTS elsewhere in the processor) and generate one temperature, called the Package Temperature, for the entire processor. This temperature can also be read via a MSR, but, more importantly, it can be read across the Platform Environmental Control Interface (PECI bus) by an external entity.

The SIO device -- or any other standalone environmental monitoring or fan speed control device present in the system -- has access to the PECI bus and can use it to read both the processor's Package Temperature and the chipset's (PCH component's) temperature readings. In combination with the (up to) three analog inputs (which will have thermistors or thermal diodes connected to them), the device will have (up to) five temperature inputs that it can monitor and use for fan speed control decision-making.

NOTE: Atom processors, as well as derivative Pentium and Celeron processors, do not support the PECI bus and thus external environmental monitoring and fan speed control devices cannot use it to obtain processor Package Temperature or PCH temperature readings. In this case, they will have to rely on their (up to) three analog inputs for all decision-making.

Thank you for your clarification. 🙂

I have a few questions for it:

In the schematic of my motherboard on page 4 on the LGA1155 processor connector I found the output called PECI on the J35 pin. On page 20 in the IT8728F circuit I found the PECI input on pin 86.

It will probably be a PECI bus, what did you write about?

The IT8728F circuit on pins 119, 120 and 121 also measures three analog temperatures from thermistors.

Correct; the PECI bus can be used by the SIO (your IT8728F) to obtain processor package temperature as well as Chipset (Platform Controller Hub (PCH) component) temperature. In combination with the three analog sensor inputs (thermistors placed in appropriate locations on the motherboard), this gives the fan speed controller five temperature inputs upon which to base its fan speed control decision-making.

Comparing these values to the temperature values in the BIOS, it can be concluded that probably TMPIN0 is "System Temperature" and TMPIN2 is "CPU Temperature".

Could you help decipher these analog temperatures, please?

I would like to name them in my CPUID Hardware Monitor Pro program, as I named four fan speed sensors earlier.

It is certainly possible that Gigabyte chose to ignore the ability to use PECI for CPU and PCH temperatures, but if I were you, I would be pretty disappointed with Gigabyte if they did. Without the CPU Package Temperature readings, the only temperature readings that Gigabyte could base processor fan speed control on would be a from a thermistor placed near the CPU, which would be horribly inaccurate. It is possible, however, that they remapped the PECI CPU temperature readings over top of the TMPIN2 sensor readings, so that the TMPIN0-TMPIN2 sensors could be universally exposed by applications like HWMonitor. If this is the case, I personally think that this is a whimpy implementation and a total waste of capability - but that's just me; I want every input that I can get.

As for what they are measuring, it depends upon where they located the thermistors on the board. There is no way to tell from the information that you have provided; the schematics don't say where they are located. Insofar as the two versus three sensors question is concerned, it is possible that one of the thermistors is simply not stuffed on the board and they ignore the input.

Yes, I agree that the location of the three analog temperature sensors is not given in the schematic of the motherboard. But are you able to guess what these sensors measure after their names SYS_TEMP (TMPIN1 in IT8728F), and PWM_TEMP (TMPIN3 in IT8728F) based on your many years of professional experience with computer electronics?

So far, no one can help me with this on the Polish ELEKTRODA forum as well as on the American GIGABYTE forum ...

Hah! I stopped playing that game a long time ago. Faint praise will get you nowhere. As the vaudeville performers used to say, "Don't clap, just throw money!" 😇

If *I* was making the decisions, and knowing that I had processor and chipset (PCH) temperatures separately via PECI, I would want to position the analog sensors so that I had an idea of (a) ambient air temperature, (b) memory temperature and maybe (c) VR temperatures.

That said, I have no idea what "PWM_TEMP" would be referring to.

Thank you for your commitment and detailed statements in my thread. 🙂