Intel Driver & Support Assistant prompts me to update to RST 17.8.0.1065 but then tells me the platform is not supported

Upon trying to install the update, I am met with an error telling me that the platform isn't supported.

When checking the logs, it appears that the install failed upon checking for an NVMe controller.

I am running a Core i7-7700 on an Odense2-K motherboard with a Samsung 860 Evo as my primary drive. Some info suggests that the install won't work when running in AHCI mode but this appears to be the recommended mode to be running in.

Should this not be prompting me to update? 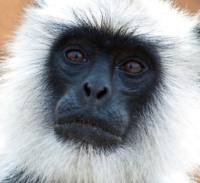 I have the same problem!

If you are configured for AHCI and not for RAID or Optane, then you do not need to be installing RST.

Hi Scott, could you post a link to an official source explaining this?

For example, on my Dell Precision T3620 workstation, even though at O/S and driver/software installation time, the BIOS was set to AHCI mode (not RAID), Dell's support website driver scan told me to install Intel RST. I have a version installed, and the Intel Driver & Support Assistant now insists that I should update Intel RST, but as with the original poster, the current Intel RST installer insists that "The platform is not supported". That's clearly incorrect, since a not much older version is happily installed and runs.

Then, on the theory that Intel RST isn't necessary if we're not using RAID (even though Intel claims that Intel RST can produce slightly better performance even on non-RAID systems .... ?!), looking online for "Do I need Intel RST" and "Should I uninstall Intel RST" tends to come up with warnings that trying to uninstall it can screw stuff up.

So, a better answer from Intel or someone about why already-installed can't-update is happening, and why/when/whether we really do/don't need Intel RST installed, would be good.

Same error for me but I have 6th generation so why is the download being offered.

There should be a way to hide unwanted drivers imo.

I have absolutely no idea why, but Dell seems to always want to install the package, even though it is only necessary if you are configured for and will use RAID or Optane.

Also, show me where Intel is claiming better performance. As far as I know, this made a difference a long, long time ago, but there is parity amongst the storage drivers now.

I agree with Scott that using the RST driver in AHCI SATA mode will not improve the performance. See the Performance of the latest/best

Thanks for all the feedback.

I agree that it shouldn't be necessary. And it's nice to see test results that show that the (old) claims of better performance certainly aren't warranted today.

That still leaves us with the very disturbing behavior of the you-need-an-update detection utilities identifying a relevant update .. which refuses to install.

And, the concern about whether uninstalling RST (which might uninstall the Intel-supplied AHCI driver and revert to who-knows-what Microsoft supplies this week with Windows 10) might trash a system?

Uninstalling the Intel RST Software will not cause your system crash, all the time as you are not changing the SATA mode in BIOS. As always it is recommended to have system backup.

I uninstalled IRST & the PC became laggy/slow so I reinstalled it.

This shouldn't happen. Are you sure you uninstalled it completely? Once the package has been uninstalled, check if the driver being used is from intel or not. If it is from Intel, uninstall it via device manager until you see the Microsoft version loaded.

I used Revo to remove completely.

Still being offered the latest Rapid storage software with the same error.

Why is it still being offered to unsupported versions?