Hi there, I just excitedly bought 3 AC7260 cards for all our laptops in the house cause we upgraded our router to the RT-AC66U and let me tell you I am soooooo NOT impressed with these cards. They are horrible, I cannot keep a consistent connection with my router.

Computer # 1 is a Dell 7720 running windows 8 and all I keep getting is constant unable to access network page errors that only say on a chrome web page:

In my intel event viewer I get around 3 lines marked Information..... authenticating wireless profile XXXXX every minute!!!!!! This can't be right???

Computer # 2 is an XPS 15 running windows 7 home and I get the same problems as computer # 1 just not as many chrome ERR pages.

I'm using all the latest newest drivers on all my laptops and i just can't believe how troublesome these 7260's are. Anyone else actually have a 7260 thats rock solid and if so, how did you do it?

I don't have the Wireless-AC version of the 7260. I have the "Intel Dual Band Wireless-N 7260" and I never have any problems or drops with it running 16.1.1.3 drivers. I stream music and 720p videos from my usb flash drive connected to my N150 2.4 GHz router without any intermittent jitters or pauses. At my university WiFi which uses "Aruba Networks" wireless products, I connect at 300 Mbps 5 GHz band and get their full 100 Mbps download speed. Uploads peaked at 40 Mbps at my university.

I'd say there's an incompatibility with the 7260 AC version with your computers and/or routers.

These two links may be of interest to you:

I am no expert, but it seems counter intuitive to set the roaming to aggressive. From the Intel explanations it seems that the roaming aggressiveness should be set to the lowest level possible in one router environments. If you live in an apartment or house with many nearby routers it may be that they are making it more difficult for your 7260 to choose.

Using inSSIDer to identify the other routers can help you select the best channel.

Are you also aware that 2.4Ghz signals penetrate physical barriers (like walls) better than 5Ghz? From I what I can tell, to achieve the highest AC speeds you want an unobstructed path between your router and 7260. If you have a lot of walls and other interference (e.g. heating ducts, wiring), you may want to move your router or switch to the lower frequency. Unless you have a very high speed internet connection or continually transfer lots of data or video the non-AC speeds should be adequate.

Of course, the Intel wireless drivers for WIN 8 are innately problematic; it may be that until Intel fixes them there will always be problems--which is sad and disappointing (and why I am in no rush to go to Win8).

Both bands work excellent for me. On 2.4 GHz single band Netgear WNR2000v1 router I get about 64 Mbps on a 144 Mbps connection at home (5 meters away with 1 wall between) using copy and paste 500 MB file from another computer connected to Ethernet. My internet plan at home is 15 Dl / 1 Up and I get all that speed throughout the house (maximum 10 meters away from the router). At university 5 GHz band, see my first post in this thread.

Well, that is true that is where the problem "ultimately" resides, because as I've said before, router protocols are pretty standard, and things need to be made to work with them, not the other way around.

But, our particular problem is "also" router related, because as you've said, most people work fine with the 7260 or the other cards from Intel or otherwise. Thus, some people aren't working properly because of something with certain routers.

But anyway, the problem is on the Intel end, and it's nuts that they've been working on this problem for a year now and no resolution.

I have no issues with AC speed, it's the 2.4 band I have issues with.

See my thread here for info that might help? /thread/45025 https://communities.intel.com/thread/45025

I will try it, but I don't think it will help. Intel must fix the drivers period. I have couple older N 2.4 band routers so I will test it. Some other laptops I have supports A 5 band(54 Mbps) so I switched them to it instead of 2.4 G and those work fine.

Leo: an obvious question, but do you have a wireless (landline) phone in the house? If so, what frequency is it on? I used to have a 2.4ghz phone set and it did not like my router and PC--the latter of which seemed mostly unaffected or at least as far as I could tell. Maybe you are getting 2.4ghz interference from someplace else (other routers nearby)? Just a guess.

My 2.4 band was working fine before I had AC card in stalled. My phone is DECT 6.0 and it does not have any interference. Thanks

the 2.4 band tends to house a lot of other device frequencies like wireless phones, and other routers in the area that might also be running the same band. play around with the channels until you find one that works 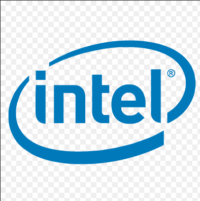 Dell7720, the best recommendation at this time is for you to contact the respective system manufacturer since the wireless integration for laptop adapters is subject to regulatory approval due to FCC or similar local regulations.

Only the system manufacturer is entitled to provide the list of validated adapters that are compatible with your system.

See my recent post here..... What you both said is utter malarkey!

I bought 3 different OEM computers, two with Intel's and one with Atheros (are they intel underneath?), and they all had/have dropping issues.

This forum and so is the net is FULL of people with dropping issues on various cards, various systems, on primarily Win 8 and some Win 7. So, trying to BLAME the OEM's or independent installs for the problems with these cards is bunk. And don't blame the routers either. People are using standard routers, for which many other computers have no problems with, and for years even with some, so it's clearly a fault with the Intel cards. Yes, the router is likely related, but it's a fault in the cards that's making them not work with standard routers as they should.

So Intel.... Please fix this problem!

Just put your hands over your eyes and you won't see it disconnect LOL.

dell7720: My thinkpad T510 and HMW.7260, have been running without problems under win 7 with the Intel 16.1.1.3 drivers (no PROSet utilities; deleted all prior versions before installing new driver) for over two months now. I also have an RT-AC66 router (WPA2-PSK). I recommend that clear the router/NVRAM (which will require that you reconfigure it) if you haven't already done so. Which driver version are you using?

Intel has confirmed that they are having problems with many of their wireless cards and win8.

What do the "pro-set utilities" do anyway?

Also, how did you delete all previous versions?

BTW, is it normal for when installing the non-proset version, driver only that it just runs, and then stops and apparently it's updated? I find it weird that when clicking to install the driver you just see a wireless pic thing, goes round and round and then it just stops. Is that normal?

Proset software allows the use of many features of the WiFi adapter such as creating a mobile hotspot in conjuction with My WiFi dashboard. It also allows Intel Wireless Display in conjuction with the WiDi software. There are other features in addition to these two but if you just basically need to connect to internet wirelessly, you can just install the "drivers only" installer (no proset stuff). All of the WiFi standards like 802.11 abgnac, 2.4 GHz, 5 GHz band will work without Proset software.

What do the "pro-set utilities" do anyway?

Also, how did you delete all previous versions?

BTW, is it normal for when installing the non-proset version, driver only that it just runs, and then stops and apparently it's updated? I find it weird that when clicking to install the driver you just see a wireless pic thing, goes round and round and then it just stops. Is that normal?

As for deleting the previous versions, you have to check "also delete driver software" during uninstallation of the WiFi adapter device. It's true that one can't delete the onboard drivers provided by Microsoft.

To answer your last question, it's normal for that spinning blue LED lights to disappear after awhile when it's done installing. It's not like the proset version where it gives a message saying installation finished. Your drivers are automatically updated to the version you're installing after that.

Message was edited by: theveterans veteran

Just got a new Lenovo Carbon Gen2 with a Wireless-AC 7260. I have a Carbon Gen1 and I get around 70 to 80Mbps downloads. I was only getting around 4Mbps on the new Carbon. I tried everything on here. The last thing I just did was strip all of the drivers, and unload the oldest driver and let it reinstall.

Nevermind... couldn't get it to connect after about an hour..