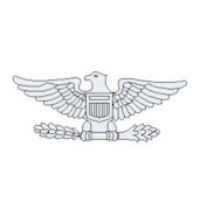 Dell Precision M6800 laptop with Intel Dual Band AC7260. Was running Win 7 and Proset Ver 20.100.xx. Migrated to Windows 10 and was failing to consistently connect to wi-fi automatically, and Proset sometimes did not see any available networks until executing the "Reset Wireless Adapter" command from the Proset interface.

(Foolishly) decided to update Proset from Ver 20.110 (win-7) to Ver 21.10.xx from Intel downloads. The Proset Icon in the system tray no longer appeared, and the shortcut on the Start menu was dead.

Unable to restore the Icon (in order to utilize any of the Proset features by launching the interface), I tried "repairing" the installation with no change, and ultimately decided to remove the new Ver 21 and reinstall the Ver 20 that at least provided the icon and start shortcut allowing access to the Proset app. Ver 20 no longer installed the icon or shortcut.

After consulting these forums, an older post persuaded me to download and install the WLAN drivers with Proset from the Dell support site. This reverted to Proset Ver 18.40.0 from 2016 (latest version specified by Dell for this service tag)... Still no Proset Icon or Shortcut to access the app.

In all versions, Proset services did load automatically at startup, but since the first (foolish) change today, the Icon has been gone and the shortcut on the Start menu of Win 10 has been gone.

Thanks for any support offered.

Thank you for submitting your question on this Intel® Community.

We found another support ticket describing the same issue. To avoid duplication of effort, we are closing this thread.

Please refer to the other support ticket for further assistance.