As the title suggests, I have a problem with the Intel I225-V ethernet controller on my Asus ROG Strix B550-F Gaming, or more specifically, it's windows driver.

I have run several speedtests over the last week, and never crossed 200Mbit/s on my connection: 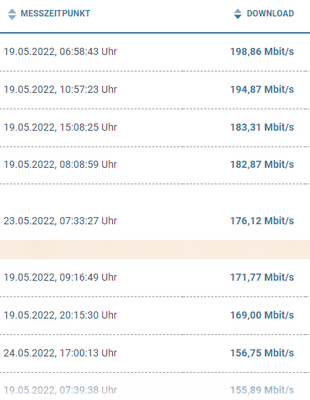 I went through a few troubleshooting steps to land at the conclusion that it is most likely an issue with the windows driver:

- I have used an Ubuntu live boot on the same PC this issue exists on --> Full speed. 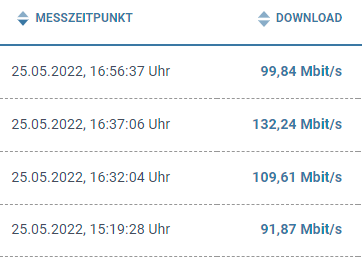 All to no avail.

I am at a loss and looking for your suggestions what the next steps to alleviate this problem might be.

Please provide the following information that would help in checking your query.

1. Just to confirm, does the issue occurs on both Ubuntu and Windows OS?

2. What is the exact Operating System used?

4. Double check the established connection speed in the settings of your system: Network and Internet Settings; View your Network Properties and scroll down to Link speed (Receive/Transmit).

5. When was the issue first encountered? Is it during initial integration? If no, for how long do you have the Asus ROG Strix B550-F Gaming?

6. We'd like to set your expectation that we might have a limited support on this request since you are using an OEM Ethernet controller that's embedded with Asus system. For Original Equipment Manufacturer(OEM) on-board Ethernet controller, it would be best if you can also get in touch with Asus for further support since they have customized drivers and software to enable or alter features on your system. They are in best position where you can seek assistance so you don’t lose features or customizations of the Ethernet controller.

thanks for getting back on this.

3. The Cable is a cat6 flat cable of ~20m. I omitted this above, since the Computer only has the issue in Windows, not in Ubuntu, so I do not see any problems with the cable. I did test the cable with a different device as well and did not have an issue with the DL speed (A Lapotop with Win10). I use the same program to determine the internet speeds on all configurations; Win10 on the machine that has the problem, Ubuntu on that same machine and the Win10 laptop. 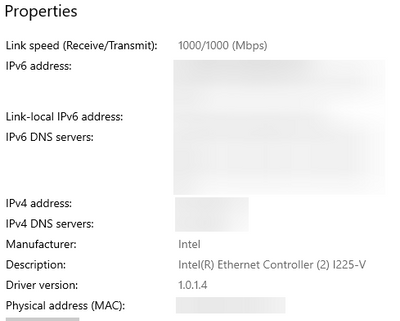 5. I can't pinpoint the exact time I started to encounter the issue. I used to run this same configuration on a Gigabit Internet connection and did not encounter the same problems. Although I do think I remember also having truncated speeds, more like 700/800Mbit than gigabit. But that might have been the ISP. I would say the issue is presisting for at least 3-4 months.

6. I will open a request with Asus as well, thanks for the suggestion.

I'm currently in the process of backing up my data and reinstalling windows to see if that alleviates the problem.

//EDIT: I reinstalled windows. The issue is gone.

We are glad to hear that issue was resolved after reinstalling Windows. Since issue is gone, we'd like to check if there is any other assistance needed on this matter? If you do, feel free to let us know and we will be glad to help. Otherwise, please advise if we can close this request.

Should there be no response, we will follow up after 3 business days.

This is just a follow up to check if you have additional questions or clarifications on this matter. If you do, please let us know and we will be glad to help. Otherwise, please advise if we can close this request.

Awaiting to hear from you.

How are you doing?

Please be informed that we will now close this request since we haven't received any response from our previous follow ups. Just feel free to post a new question if you may have any other inquiry in the future as this thread will no longer be monitored.

Thank you for choosing Intel and stay safe!