REQ INFO: on what PCI-E x4 or x? NIC's to use for WIn10 and Linux LAN machines. I have a 1Gbit symmetrical fiber connection and do a lot of PC to FreeNAS box transfers....more details.. 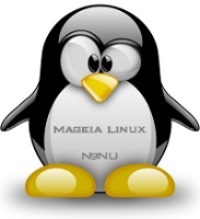 I have my ONT connected to a ClearOS Linux based router/firewall/gateway/server box. Both NIC's within that box I am using two Intel Pro/1000 PT Server adapters at PCI-E x4. From there CAT 7 out to a Netgear Gbit Pro Safe managed Layer 3 8 port switch (GS308T). From there out to each PC....2 Win10 64 machines, 4 Linux and 1 BSD machines. I also have a FreeNAS (BSD based) server and do a lot of file xfering between two Linux PC's to/from the NAS box.

I want to make sure each PC has the same NIC as that would allow me to utilize some options that MIGHT increase throughput (.e.g. Jumbo Frames). It would also allow every machine to be on the same page so to speak. Currently I have a combo of onboard Realtek Gbit controllers and some Intel Pro 1000 GT PCI adapters being used.

I also have an Intel Pro 1000 CT adapter and with the latest AIO NIC software (Intel 25.0) and an experiencing a BSOD with it and the UEFI/driver authentication issue. I read the Readme's and noticed it was NOT officially supported anymore thus my need for new NIC's.

Can the Intel Pro/1000 PT Server adapters be used in desktop PC's while experiencing top performance as compared to another model??

If so, I will just order 6 more of those models OR go with what the community here recommends.

No need for a 10Gbit LAN unless I can find a 10Gbit switch or NIC (dual port) x 2 to dedicate to a machine on a separate subnet to xfer the data to the FreeNAS box.

Thank you for posting on our Intel® Ethernet Communities Page.

We know the importance of having your issue resolve, and we will do our best to assist you.

Please allow us some time to check on this. We may go back to you with some questions to ask for additional information.

Thank you for patiently waiting for an update.

We are still checking your concern.

We need to gather some information that will aid us with your concern.

Will you be using the quad-port variant of this Intel® PRO/1000 PT Server Adapter or just the regular one?

We have not received your response yet, and we are reaching out to check if you need more time.

Should we not hear from you, we will check back with you again after 3 business days.

Since we have not heard back from you, We will need to close this inquiry now.

If you need further assistance, please post a new question.