This example can be leveraged to ALL Altera FPGA families. 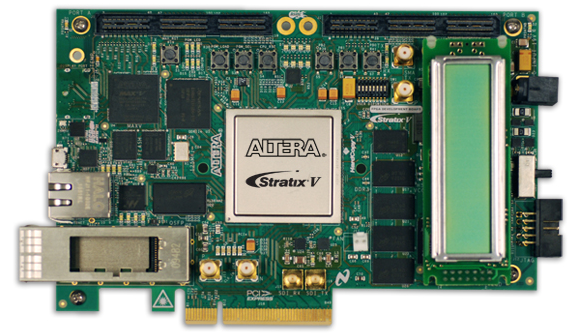 The following qar file contains the design example: StratixV_Top_FPGA_VERSION.qar  - See attached a the bottom of this article.

This design was initially created to perform some example ECO edits. The FPGA Version portion of the design was then added for this example.

Here is the Qsys design:

The ROM in the Qsys design has the following parameters 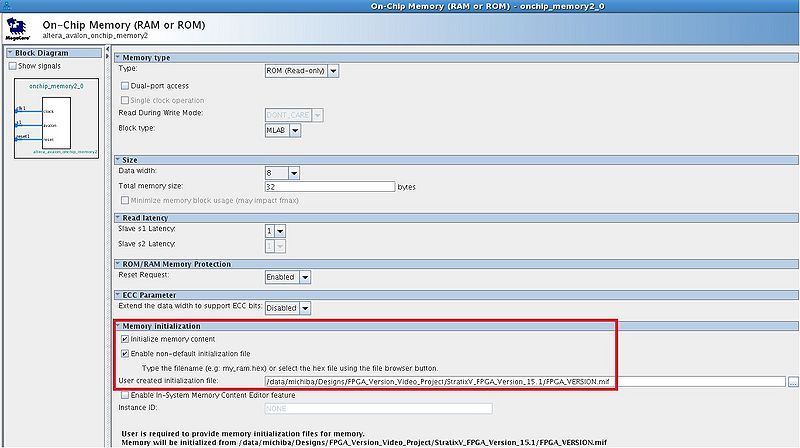 The mif file listed in the above picture is used to initialize the memory contents.

Here is an example of a valid mif file for this ROM. 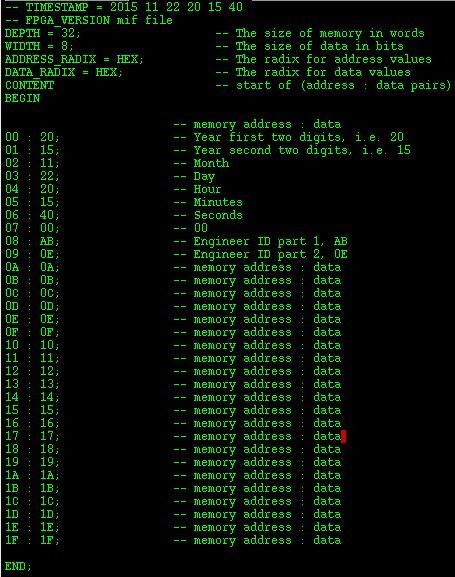 For this example, we will automatically create a mif file that has timestamp and Engineer ID information using a tcl script.

The tcl script is here: d/d9/Create_fpga_version_mif.tcl

Here is a useful link that has an example of a Quartus II tcl date and time stamp:

After a compile or set of seed compiles are run, an Engineer may decide that one is worthy for the lab testing, production testing, or something that requires version tracking. At that point the mif file can be created via the tcl script. You can use the tcl processor in Quartus to run the tcl file.

After running the above, you should now have a FPGA_VERSION.mif file with the latest timestamp information. You can now “merge” this new mif file into the ROM within the compiled database.

Now, you have an FPGA image that has version information inside it!

The example design contains a JTAG to Avalon Master which is used for access to System Console. The design was also targeted towards a Stratix V GX/GS PCIe development kit.

After the sof file was downloaded to the Stratix V GX/GS PCIe development kit, system console was pulled up to verify the ROM contents matched the mif file that was created via the tcl script. After bringing up System console, the following commands were run to read the ROM contents sitting at address 0x0 as seen in the Qsys picture above.

The following picture of the System Console window validates the results. 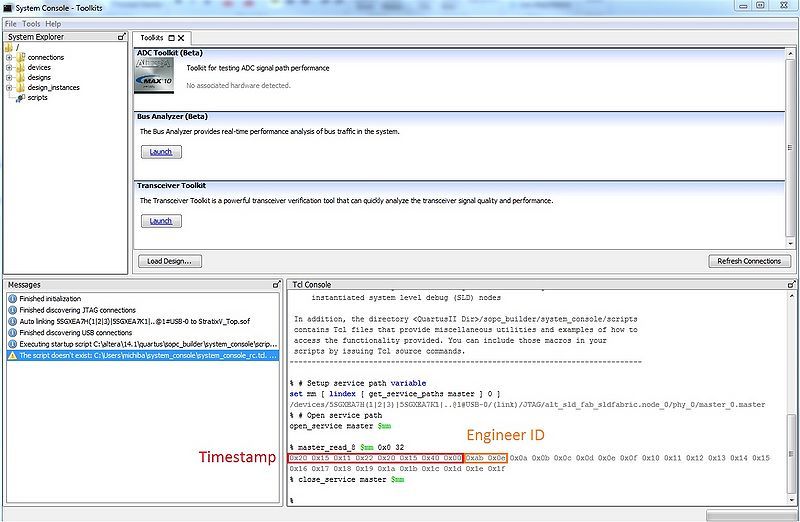