Intel atom d2500 drivers deleted and now i cant do anything

well hello there intel, now i have a problem with my display adapters as they were deleted during the installation of windows 10, i now have a **bleep**ing ugly ass display and i cannot play any game without lag to the max due to the microsoft basic display adapter. would it be possible if you team could maybe create an executable that installs the intel atom d2500 dual core 1.8ghz cpu drivers install on a windows 10 64 bit pc/operating system please. if not possible i can take some advice from you guys so i know what to do thank you. 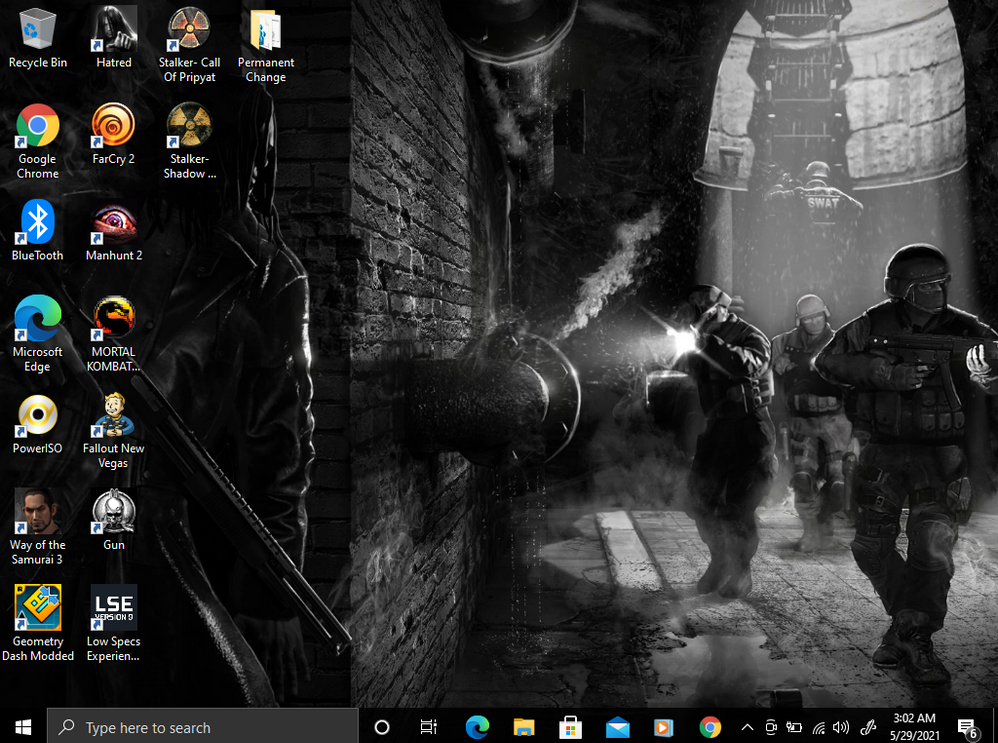 n_scott_pearson
Super User Retired Employee
473 Views
I am sorry, but there simply are no drivers for Windows 10 for the Cedarview Atom processors. Intel chose to not support Windows 10 on these processors. Microsoft's compatibility driver is all you have to support this graphics interface and, as you have seen, its performance and compatibility is pretty awful. You could see if there is a Windows 8.1 driver that could be hacked to install onto Windows 10. Other than that, reverting to Windows 7 may be your only option.
Sorry -- but don't shoot the messenger; I am a volunteer,
...S
0 Kudos
Copy link
Share
Reply

#1 Intel didn't support Atom processors because most were in notebook computers that didn't have enough RAM to run Windows 10.

#2 Computer manufacturers wanted to get rid of Atom processors ... because they worked amazingly well for the low price and they wanted to sell more high-priced computers!

Actually Clarice, for #1, it was more than that. Microsoft had announced that they didn't want to support so many environments that required a level of emulation (it was vague; that was my interpretation) and that they specifically were going to not support some of the Atom generations. I am not sure how much of a role that played in Intel's decision, but they decided to not support the NM10 graphics engines (or the disastrous mess in the N2800) -- but Microsoft ended up including support for these Atom generations, extending their life.

Your #2 statement is certainly true. Fact is, once they hit the Bay Trail generation, performance had risen enough that they started using versions of the Atom designs for many* Pentium and Celeron editions. I personally don't 'feel' much difference between the performance of these Pentiums and the Core i3. Yea, there really is, but I just don't really 'feel' it at the Windows GUI. My frame of reference is skewed (read: I am spoiled) by all the time I spend with Core i7's and Core i9's, so the Core i3 and Pentium and Celeron designs 'feel' just as pokey to me.

Back when Netbooks first came out, I purchased one of the Asus Eee PC models. I used it, mostly because I didn't want the weight of my work laptop on my back during non-work trips, but after a year or two, it was just too pokey (having only one HT core). I still have it after all this time (pack rat that I am), but its battery won't hold a charge any longer so I am definitely discarding it my next electronics recycling.

* Those whose model number starts with 'N'.

So i reverted back to windows 7, installed the driver, and it said  your pc does not meet the minimum requirements for installing the software, so **bleep** im screwed and a decent  graphics card is hard to find here in Eswatini/Swaziland so **bleep** im **bleep**ed in the ass with a tub of lube

if anybody wants to help please welp

You have a bad potty mouth.   Clean up your post.