Is there a support for offloading using openmp to a NVIDIA-GPU device with the ifx-fortran compiler?
If yes, could you give some example how to solve this?

ifx that is part of the Intel oneAPI HPC Toolkit supports only Intel discrete and integrated GPUs. 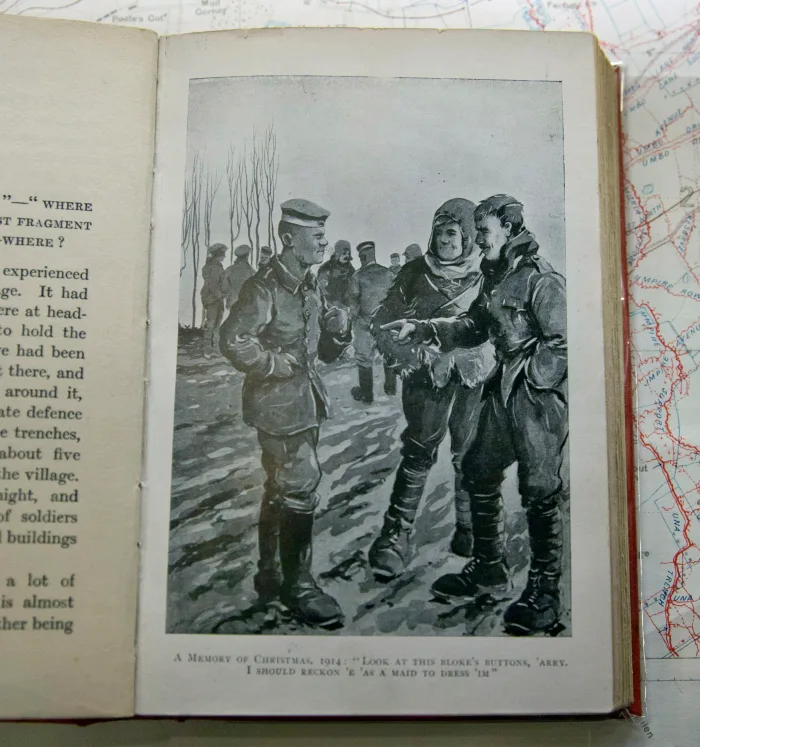 An illustration of soldiers fraternizing on Christmas Day 1914, drawn by World War I British soldier and cartoonist Bruce Bairnsfather.

Or maybe better than that...

@Steve_Lionel  -  I agree entirely with the sentiment and the hope for oneAPI, but I have watched humans as you have over many years, human greed gets in the way of many good ideas and there is a lot of money to be made and so we will see a continuation of the battles.

We do not battle out on the battlefield, well not much, but in cyberspace, the movie Ralph from Disney is probably a good model as a mental image.  Well in my mind.

Plus, I liked the picture for the xmas, it was a nice story, a bit like Microsoft and LINUX, after a 20 year battle MS finally recognized the winner in each battle and decided to stop the war.   Do you want 50% of 1 billion or 10% of 100 million, in the end the war mongers lose and the bean counters rule or some bright spark said - stop this is not helpful.

Unfortunately the three best languages ever invented LISP C and FORTRAN will continue but we have to put up with the Mickey Mouse stuff on the side to solve minor problems.  I can now run my LINUX programs from inside Windows - latest preview is getting a lot better in WSL.  C# is ok as it is just Fortran in fancy heels.