I am looking to but NUC Kit NUC7i5BNH (https://www.amazon.com/gp/product/B01N2UMKZ5/ref=ox_sc_act_title_4?smid=ATVPDKIKX0DER&psc=1 Amazon ) - It is i5 kit, tall version.

Want to know if I can install all of below with this,

- I read that 2*8GB would perform better than 1*16GB. i'd prefer later as that gives me ability to ramp up to 32GB easily. But going with 2*8GB at the moment.

I believe all three of these can be installed in tall version, but would like to have an expert opinion before ordering. 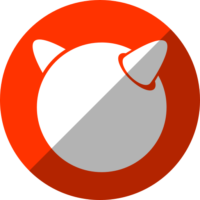 Both the drives should work fine but for the memory it is better to go with the memory modules that Kingston qualifies for this specific system.

So planning to go for Kingston 2*8GB from the link given. ( https://www.amazon.com/gp/product/B01LW6HBSM/ref=ox_sc_act_title_1?smid=ANNSJU9W28Y9J&psc=1 amazon )

My understanding is 2*8GB will perform substantially better than 1*16GB. Is this correct?

A thought: Perhaps you want to consider purchasing a SSHD rather than a HDD. A SSHD (also) contains a small (in this case 8GB) SSD that is used to cache HDD operations and accelerate drive performance. The SSHD version of the drive you selected can be found here: https://www.amazon.com/Seagate-Firecuda-2-5-Inch-Internal-ST1000LX015/dp/B01LWRTRZU Amazon.com: Seagate Firecuda 1TB 2.5-Inch Internal Hard drive. Its slightly more expensive, admittedly, but the cache can potentially help tremendously (it all depends upon your access rate to this drive).

Another thought: The cost per MB is better for the 2TB drive versus the 1TB drive. The cost difference for the SSHD capability is presently lower as well. Here's a summary (using Amazon prices):

Answering your question, yes, since each SODIMM socket is serviced by a separate memory controller, performance is going to be better using two SODIMMs versus one. How much better is dependent upon the usage model. Are you doing complex, time-consuming operations that crunch a lot of data? If not, then you may not notice the difference in performance. Then, you need to factor in your future plans. If upgrading to 32GB is a (more or less) sure thing and not that far out in the future, then I would recommend going with a single 16GB SODIMM so that you can add the second one at any time. If, on the other hand, this is a very-maybe thing or very far out in the future, then sticking with a 2x8GB configuration makes more sense.

I would not advise to use Seagate Firecuda SSHD. Such hybrid hard drive will have performance advantage if used in system as a primary and only drive. In system with SSD as primary drive it doesn't make a sense if you use it as a secondary unit for data storing - it will not accelerate the system in this case. One more thing, after reading the users review of this drive on Amazon site, it's look that this drive has very high failure rate (16% with one star rating)

About the kanadean question of working in single or double channel RAM mode the following link can give some data: http://nucblog.net/2015/09/dual-channel-vs-single-channel-does-it-matter/ Dual-channel vs. Single-channel, does it matter? – The NUC Blog However if you decide to buy 16GB SDRAM (to have later the possibility to buy additional 16GB), you should be aware that even you will buy same memory with same P/N it may not work is double mode, because of slide difference in production batch. This is the reason that in order to assure that the system will work in double mode you should by a kit of exactly same memory. A kit of two 4GB memory cost more that one 8GB module or even 2 separate 4GB modules.

Now I want also comment about of using Kingston HyperX vs Kingston Value Ram. The second one is on Intel Tested and Approved memory list, however the first one (HyperX), although more expensive, will have better performance (CL13 vs CL15) and more important has better cooling (therefore will work in lower temperature).

Thanks all for the advice!

It ticks all the boxes, but it is not tested by Kingston with particular NUC is my only worry.

Personally I would stick to the tested/verified memory modules.

The NUC and internal CPU are verified to go up to 2133MHz anyway.

(Sorry, was looking at the modules I use)

thanks, somehow did not come up in my search. It's bit costlier than HyperX, but should be ok.

One aspect I missed out in my list earlier.

To protect against sudden power cuts, I would need UPS also, isn't it?

Not sure if there is anything else specifically for NUC.

The maximum power draw of the BN NUCs is 65W (even with devices powered via USB on all ports). Considering inclusion of (typical) monitor and printer requirements, a fairly modest UPS is all that is required. This is an example of such a unit: https://www.amazon.com/gp/aw/d/B01HDC236Q https://www.amazon.com/gp/aw/d/B01HDC236. With its 425VA battery, it should give you roughly 15 minutes of operating time, which is plenty to perform an orderly shutdown of the NUC. If you need longer operating time or will connect additional peripherals with higher power requirements, you can purchase UPS units with larger capacity batteries (600VA, 750VA, 850VA, 1000VA, etc).

P.S. Leon is correct; the additional cost of a SSHD is only worth it if your access rate is sufficiently high. I should have qualified it that way. Having the SSHD be the system device is not the only valid scenario, however; any scenario with regular access to the device can be accelerated. Frankly, with the small difference in cost (at the 2TB level), I will purchase the SSHD every time. Don't ever use Amazon for reliability assessment; there are simply too many pinheads involved and the bulk of the drives returned as non-working actually have absolutely nothing wrong with them.

To protect against power cuts a UPS is needed. However the model in the link you provided outputs 12V and your NUC need 19V.

Also whenever a power cut happens you would want a UPS that gives a signal to your system so it can gracefully shut-down before the UPS batteries are drained.

Depending on how long you want your system to run on the UPS batteries there is a UPS calculator you can use.