I am programming a DE0-Nano-SoC by building a Nios II system in Qsys and programming the system in C in Eclipse. I have been running into a problem where my GPIO pins, switches, and any other peripherals are able to input or output the correct values at the start of me running my code in Eclipse, but as the code continues to run, the values do not update, or they update after a few minutes. For example, a clock that I am outputting from a GPIO pin with C code does not switch between 1 and 0, it just stays at the first value the code set it to. When I use my C code on an example University Program system in Altera Monitor Program, the output is a correct clock, so I know it is not my code. This is my Qsys system: 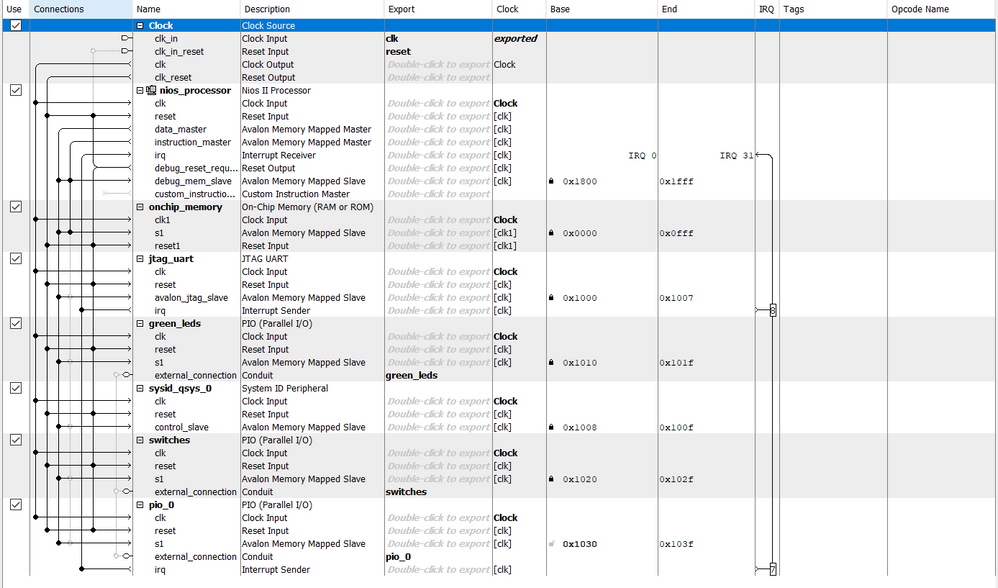 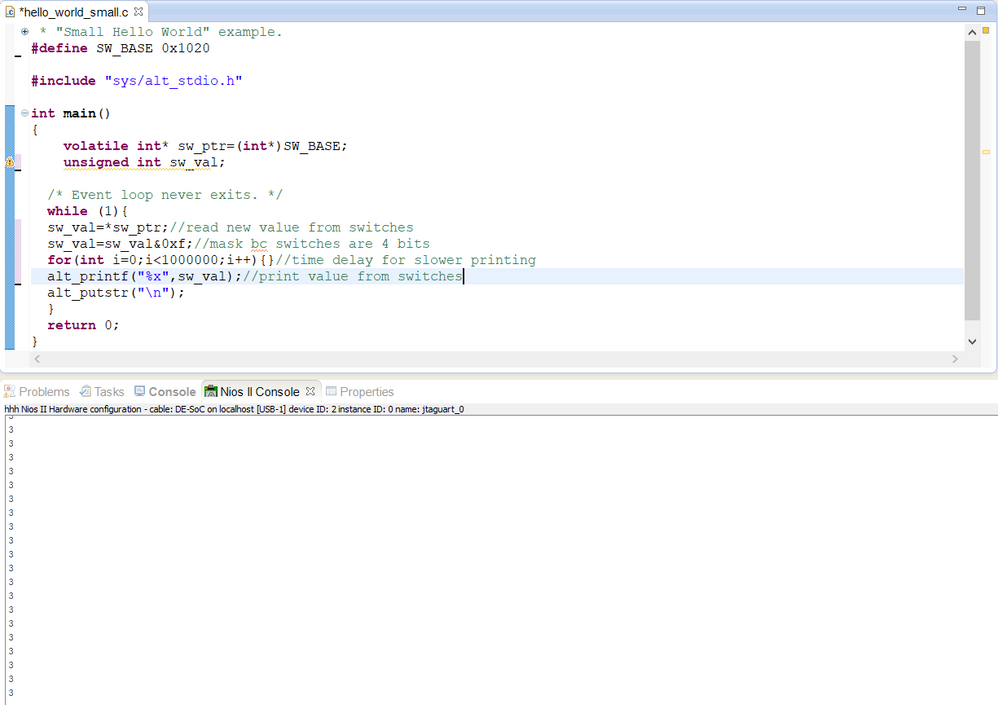 Any ideas on what could be going wrong?

Thank you for posting in Intel community forum, hope all is well and apologies for the delayed in response.
Following up on the queries, please do let us know if the doubts are still here, and we would try our best to clarify.