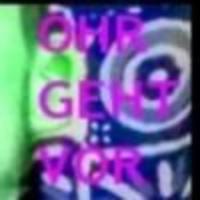 my project starts with a midi - input, its the first thing i have to make - in order to do and test things in the fpga, in order to learn

(by the way i bevore realized this project in max msp, then on uC C, but the midi-uart and routing - this basics, where done by scripts or functions, which where already there, so i know what i want, and now trying to achive it in a new and other way)

i know a midi input is basicly a optocoppler (isolation and levelshift to 3.3V)

in the fpga i now have to setup a uart, on the intel website are a few ips, but none for the cyclone10lp

in quartus i found 2: irD UART and RS232 UART - which one is the correct for this task?

when choosen the rs232, i got some settings to do in the ip:

if setuped correctly what is the output of the uart? (8bits? i gues it when i use memory mapped, i could somehow write into a memory, i guess the UART-ip takes some logic cells and save the 8 bits in it? which i then access outside the UARt-ip?)

best thing would be a example program that already uses a midinput, and do some stuff with it in it (for example a synthesizer, midimerger, midirouter, or anything else which uses midi inputs)

by the way the uart specs for midi are:

2uS max Rise/Fall Time No Handshake No Parity

thx for any help