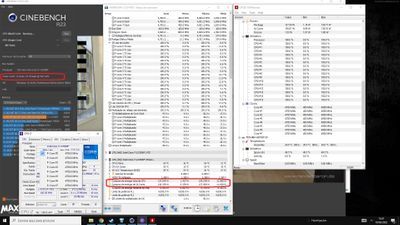 I would like to confirm if you have experienced any performance issue with your system, or your issue is only related to the test you have tried?

It is important for you to know that third-party applications are not valid, since we have no control or clue for how they test the processor. My suggestion is to try using our tool Intel® Extreme Tuning Utility (Intel® XTU) and try to replicate the issue you are experiencing, please download the tool on the following link:

Regarding the core count issue, I believe that this is created due to the program only recognizing the Performance-cores and not the Efficient-cores. What we can try is to check the task manager and see if all the cores are being recognized by the operating system.

Hope you find this information useful.

I hope you are doing well.

We are glad to know you found a solution, since the thread is solved we will close it now.