Intel RST says SSD on cache RAID array has is "At risk (SMART event)," but CrystalDiskInfo says it's just fine. Which do I believe? 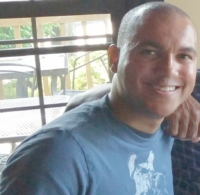 UPDATE: Turns out Intel RST was correct. The mSATA SSD was failing. The key SMART parameter RST was flagging was the B1 Wear Leveling Count one, which starts at 100 when the drive is brand new and decreases throughout its life. The "Threshold," or the value below which the drive deems itself near its end of life, is 10. It appears that RST flags devices once they reach a threshold value, while CrystalDiskInfo only does so once the device has surpassed the threshold value. That explains why RST thought the drive was dying while CrystalDiskInfo said everything was fine.

I replaced the mSATA cache drive with a proper 1 TB model that I now use as the main system drive. Details https://www.reddit.com/r/Dell/comments/8nvw9m/xps_8500_special_edition_32gb_msata_cache_ssd1tb/ here.

Preamble: aside from the status alerts below, I am not experiencing any of the (typical) symptoms of HDD failure. Everything works just fine.

Clicking "Suppress SMART event" only clears the error temporarily; it's back again with a couple hours.

CrystalDiskInfo, however, shows the SSD as good:

What's intriguing, however, is the CrystalDiskInfo shows a Caution status on the 2TB HDD, despite the flagged C5 and C6 parameter values being perfect:

Without disabling the cache functionality and from within Windows 10, I've tried running Samsung Magician and then Seagate SeaTools, but Magician can't see the Samsung SSD (perhaps not while it's behind an RST RAID?) and SeaTools' Short Test just wouldn't complete (same reason?).

I've backed up the HDD so I'm good on data protection. Does anyone have a clue what's going on here? Is RST mistaken about the SSD's status? Why is CrystalDiskInfo showing caution on the Seagate if the SMART parameters have OK values? Any ideas?

Message was edited by: j drch

Thank you for joining this Community.

I understand that your system has been showing "At risk (SMART event)" among other alerts related to the hard drives that are running in your setup.

Since your hard drives are set into a RAID 0, both software (Intel® Rapid Storage Technology and CrystalDiskInfo*) may not be precise, since they are reading the volume itself and not each hard drive individually.

The same behavior happens with tools such as Samsung Magician and Seagate SeaTools, which are no intended to read the whole RAID volume.

We strongly recommend you to go ahead and disable "Smart response or Acceleration" from Intel® Rapid Storage Technology by following these steps:

Once that is done, please reset your SSD to available (non raid volume) from Intel® Rapid Storage Technology, as follows here:

Now that the hard drives are not into the raid volume itself please go ahead and test each hard drive individually with their respective manufacturer tools and please let us know the outcome, based on the last edit of your post, the fact that you are not experiencing any other symptoms of HDD failure, we don't really think that you will have further inconveniences.

I hope to hear from you soon.

Thanks, I'll try that and let you know what becomes of it.

We just wanted to double check if you still need further assistance.Please do not hesitate on contacting us back.Best Regards,Diego S.
In response to jdrch
0 Kudos
Copy link
Share
Reply

I honestly haven't had the time to look any further into the problem. As everything is currently backed up and I'm not experiencing any other symptoms, right now it's not a high priority. Perhaps by next month or so I can get around to troubleshooting it.

Thank you for your response.I totally understand. We are currently closing your thread, however it will remain active for you to answer it again with the results so we can continue assisting you in case that is necessary. I hope to hear from you soon.Regards,Diego S.
In response to jdrch
0 Kudos
Copy link
Share
Reply

I updated my OP with the solution. Basically, RST was correct; it's just that it flags devices that reach threshold values while CrystalDiskInfo waits for the device to actually cross the threshold before flagging them.

Thank you for sharing this information. I hope this helps other Community peers too. Regards,Fred D.
In response to jdrch
0 Kudos
Copy link
Share
Reply