I have Raid 5 with 3 disks, 6GB each. total volume is 12 GB. I tried to expand it by adding one more drive 6GB. After few hours running and it failed, now the raid status is failed. Raid array now has 4 disks with the new one marked as Unknown hard disk. But when I look at the disk serial number, it's matched with available  drive.???? How do I fix this 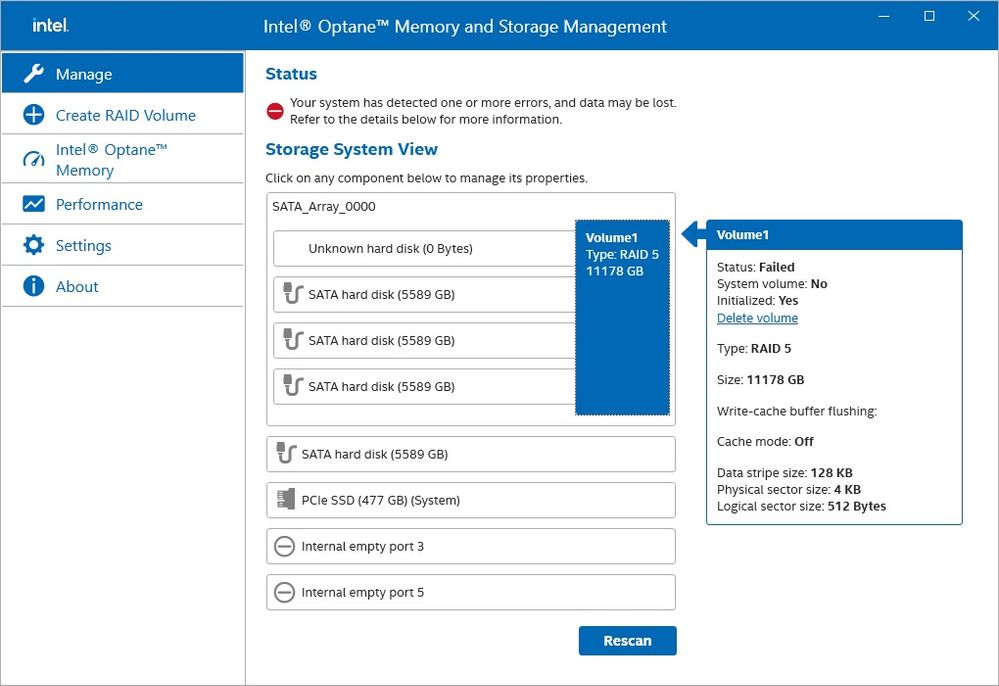 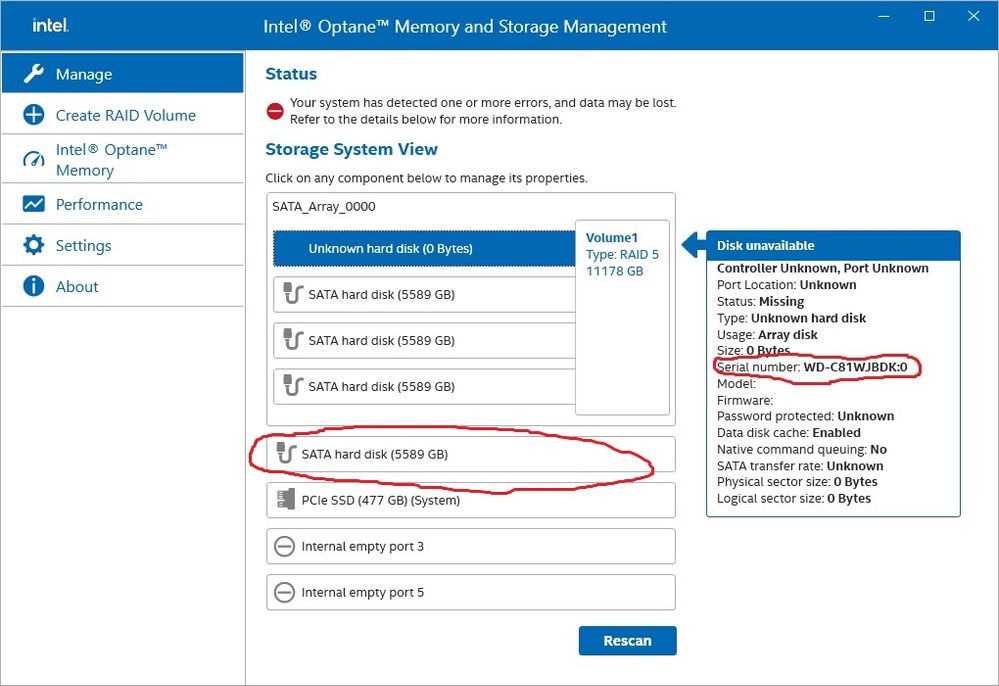 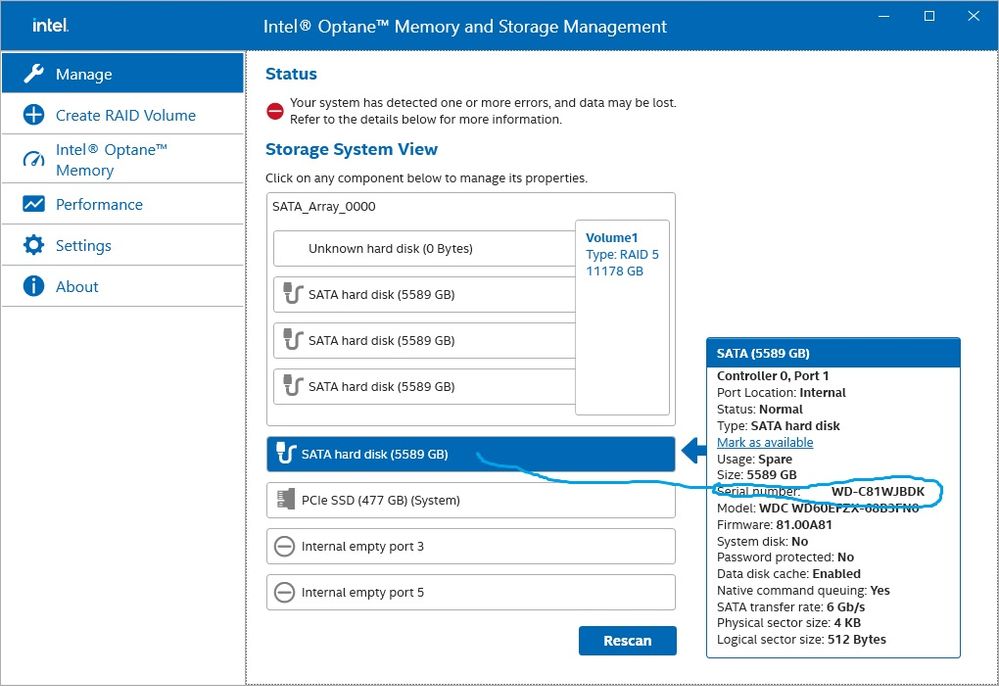 I would like to research more about this issue. In order to do so, could you please confirm if the fourth disk added is being recognized in BIOS as well?

Look forward to hearing from you.

Thank you for looking. Yes, the fourth disk recognized in BIOS. I was messing around after the post and in bad situation now

After a day with the issue, I got back in BIOS and the raid give me option to rebuild but it doesn't seem right. First, I had raid 5 with 3 disks at 6TB, that gave me 12TB storage total, after I added the fourth one, it should be around 18TB total but the rebuild gave me 4 disks rebuilt but only 12TB. My PC took about 2 days to rebuilt and boot up to Windows 10. All the files and directories are there but non of the files are readable and the raid of 4 disks are 12TB only.

Since, no files can be read. I tried other methods by removing all the disks from the raid and try to rebuilt the raid with other software but none of that works. Now, I'm end up with new raid 5, four disks, 18TB unallocated. My data maybe still there because I'm hopeless to getting them back

Thank you for your response and information provided.

We are going to work on this issue. As soon as I have an update, I will let you know.

By calculation, the capacity should be 18 TB, and since you are getting 12 TB, the system is recognizing only three drives.

Depending on the board, not all SATA ports support RAID, these need to be managed by the same controller. For that reason, I recommend you checking with the Original Equipment Manufacturer (OEM) to verify that and also test the new drive you are adding to the array.

As well, please confirm these are the steps you follow when adding the new drive to the current RAID 5:

Like I mention in the original post, I did all the steps from 1 to 5 but after few hours, the status of the raid is "failed". I rebooted my PC and I got those screenshots. So, something went wrong during the expanding the raid. Right now, I lost all data and made new raid. The new raid 5 with 4 disks show total of 18 TB. I haven't format the raid yet because I'm hoping to rescue the old raid. The problem is that Intel Optane Memory and Storage Management FAILED to expand my raid and lost all my data.

We are going to work on this issue and as soon as I have an update, I will let you know.

After investigating about this issue, our engineers were unable to reproduce the issue. It might be an issue while adding the drivers, and should not be an RST bug.