T21
Novice
569 Views
My Dell laptop was working fine yesterday. I was connected and online for hours. I turn my laptop on today and it cannot recognize any networks. My WiFi at home is working so it is not the wifi. How do I fix the network adapter?
1 Kudo
Share
Reply

There is often a switch (sometime a mechanical switch, sometimes a soft switch) on the laptop for having wireless on or off.  You may have inadvertently turned it off.

Jup2
Novice
532 Views
In response to T21
I have the same problem. 2-3 days ago the wifi stopped working properly. I need to restart several times or disconnect and connect again to get back. But if restart, the wifi will disappear again. help! AC 9260
In response to T21
0 Kudos
Copy link
Share
Reply

Based upon a suggestion in another thread, try disabling Fast Boot in BIOS and Fast Start in Windows. Shutdown and power off and then begin testing again from power on. It was shown to be an issue for Bluetooth at least and maybe Wireless overall.

Let us know if this helps,

When it is implemented as a 'soft' feature, it is typically exposed as an alternate capability on one of the Function keys. Look for one of the keys having a WiFi antenna symbol on it.

I personally like the hard implementation. I like having an implementation that does not depend upon the software being used. I also like being able to just glance at the switch to know its state.

Do you mean opening the notebook and reseating the network device?

It seems to be a software problem. When resetting the network settings, the wifi returns normally. But, if you restart your PC or shut it down, it will probably disappear and I need to reset the settings again. 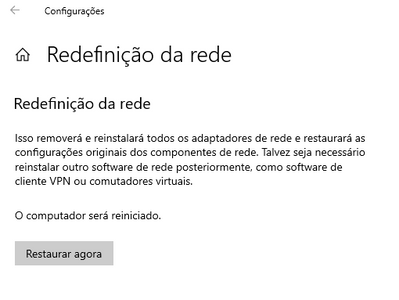 Hi everyone. Thank you for your suggestions. I ended up downloading  and updating the network adapter drive and a few other things.

It is working now.