My WiFi not available during installation

I am using Dell e6400 with Intel wifi link 5300 AGN with Windows 7 64bit. I downloaded the latest ProSet. I uninstalled the old ProSet. When I install the new version the option for My Wifi is not available. I see only Administrator toolkit and WMI. Any idea on what could be the reason?

I've tried both - still don't see My WiFi as an option.

It drieves me crazy since my collegue with the same computer doesn't have this problem.

is this the proset softwaer you downloaded? just to double check

Try check and compare the software installed on your notebook with your colleaque's see if ther is any other software that might causing this problem.

just proceed with the installation. mwt will install automatically.

It's very difficult to guess which software can cause such problems.

And yes, I installed this software several times (different versions: Dell, Intel) and the "My WiFi" software did not install. Or I didn't find a way to find the exe file to start it.

did you check if mwt is in proset/wireless program? in win 7, mwt is installed by default.

What is 'mwt' and how to check it?

MWT is my wifi technology. go to start - programs - look for Intel Proset/Wiress software, MWT should be inside this folder. 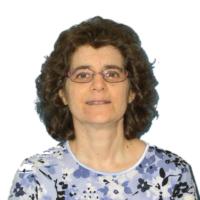 My WiFi Technology should be installed by default. Here's how to find it:

During installation the Intel My WiFi Technology is not available in Setup window. Logically, after installation it is not available in the Start\Intel menu. My collegue has reinstalled Windows and he is facing the same problem. Are there any Windows\Security options that can prevent me from installing Intel My WiFi Technology?

I'm facing the same problem. I have two laptops one with Intel N 6200 AGN and the other with with 5100 AGN.

I keep trying to install the ProSet utlity but it doesnt give me an option to install My WiFi (I know older ones used to work with Vista before I upgraded to Windows 7). After installation I don't see anything to do with MyWiFi in the start menu or the Intel ProSet start menu option.

- when I use the Wireless Advanced Enterprise Software 13.2.2010 I get an option to install Intel MyWiFi

this is the closest i have got, im in the same situation however, when i install enterprise, the driver is not found! i've upgraded back to proset 14.0... now my wifi has disappeared????

This is on a Centrino Ultimate 6300N - actually on two different ones - a generic and a Dell-specific version, no difference. Running Win7Pro x64.

RKell3
New Contributor I
388 Views
In response to idata

It explaind what you have to do to install it.

Thanks Rick, but the problem is the 13.5 installer's "Custom" screen offers My Wifi (which I have installed successfully) while the 14.1 installer's "Custom" screen does not. I fought 13.5 like mad until finding this thread and seeing that at least for my gear, ONLY the "Advanced Enterprise" version of the installer offers My WiFi for install. So I've been successful with the 13.5 Advanced Enterprise installer but cannot move to 14.1. 13.5 seems to have a LOT of issues with the adapter losing its mind and requiring one or more "Reset ProSet" operations - so I'm hoping desperately for an improvement in 14.1.

RKell3
New Contributor I
388 Views
In response to idata

I used to own a 5100 AGN and currently I am using the 6200 AGN and do not have any issues. I have used these http://en.community.dell.com/wikis/networking_internet_wireless/recommended-wireless-router-settings... Recommended Wireless Router Settings I use channel 11. Sometimes people with the connection issues have found that their antenna wires have come loose.

Version 13.4.0.0 worked well, also and might have what you're looking for.

Ok, so here's the final and real correct answer - after a couple of days on and off of sweating over VM installs, log file analysis, some pure guesswork and some pure luck!

The *installer* keeps a token noting that the My WiFi has been blocked at some point, and all future installers obey that (except 13.5 Advanced Enterprise it seems).

I've placed a commented .reg file on pastie (though it doesn't seem to have a type for .reg files) so you can download, rename to .reg, and run this:

which simply contains the following to delete the "errant" value.

REGEDIT4;; ReEnableIntelMyWiFiInstallOption.reg;; Restore the missing Intel My WiFi Technology install option; in ProSet/Wireless versions 13.5 and 14.1.1 at least, maybe; more. ;; OEM installs (like Dell's) often block My WiFi, and even; uninstalling them doesn't return the option to the generic; drivers. This .REG file deletes the UpgradeCode preserved; by the Windows Installer and obeyed by even the generic ; Intel install. This code appears to ONLY be present when; My WiFi is blocked. ;; YMMV and so on.;[HKEY_LOCAL_MACHINE\SOFTWARE\Microsoft\Windows\CurrentVersion\Installer\UpgradeCodes\4AC91165C6D69DE419A86CDFF452E910]"FFBD57B19EA05A2416DB668FE78A4352"=- After running this, I can happily install My Wifi! HTH,RichardP.S. I don't know how to subscribe to threads here, but I'll check in occasionally for a while to see if anyone is NOT able to make this work for them!
In response to idata
0 Kudos
Copy link
Share
Reply

This totally nailed it! Thanx a thousand times. I think I'd never found this myself....

Now only have to buy a receiver.