First off I am in no way an expert computer person and I have never built my own PC before.  I made the jump from console to PC in 2018 having previously been a console player since the Atari 2600 days.

This week I received my second ever PC where I picked the parts and had a reputable company build and ship it to me.

Here is my PC:

I have used MSI After Burner/RivaTuner ever since I began using PC's. When I installed MSI Afterburner/RivaTuner and played my first game (Borderlands 3) I noticed my CPU temperature was 100C! I am not use to seeing this with a CPU and stopped immediately. I checked the back of the case to feel for air movement and it seemed fine and the temperature of the exhaust air was mild. There was no weird noises and everything seemed to be fine but the temperature of the CPU according to MSI Afterburner was a constant 100C. I had a search on Google to see if there was any information on this issue and there was another recommended tool to use called CoreTemp. I installed this and it was also reading the CPU at 100C. I checked the airflow again since the CPU had been idling and the exhaust air appeared to be cool. All fans in the case are operating too.

After a few days of researching this issue there does not appear to be much information about this except either the RAM I am using my not be suitable/compatible with the CPU or the Gigabyte motherboard maybe providing too much power. Once again I am no expert, this is from what I have read or seen. Mean while I was still having low or fluctuating fps and stuttering with Borderlands 3 no matter how much I lowered the in game settings.

Now each day when I boot up the PC, MSI After Burner reads the CPU at about 60C and within 3 to 5 minutes it reaches 100C and stays there until I turn the PC off. Very strange! I have updated the bios for the motherboard, intel updates have been installed and according to GeForce Experience my graphics card's drivers are up to date.

What is going on here? As stated I have being playing Borderlands 3 and have not be able to reach anywhere near the benchmarks of what other people I have seen on Youtube reach with similar PC specs. I have played a few other older much less demanding games and they seem to be fine with the RTX 3080 not even having it's fans turning. I would love to play more games but I have been spending a lot of time trying to work out what is going on with the CPU temperature.

Any thoughts or advice would be very much appreciated.

PS I have reached out to the company I brought the PC from and I have not had a response at this time.

As this is a new PC and you are facing problems "out of the box", this can be a problem with the installation of the cooler and/or the thermal paste, chances are they need to be reapplied. However, please provide the following reports to check additional information:

2. Run the Intel® Processor Diagnostic Tool and send the results either in a screenshot or .txt file. To save the report, once the test is done, click on "File >> View Results File" and attach the .txt file to your reply. 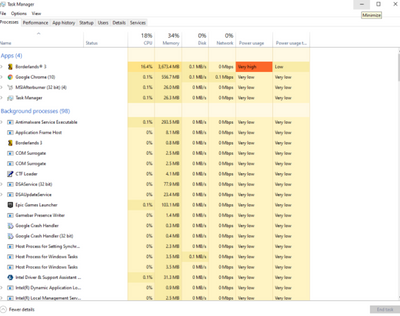 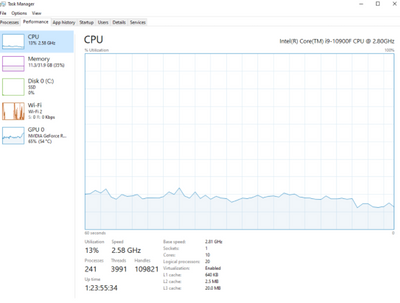 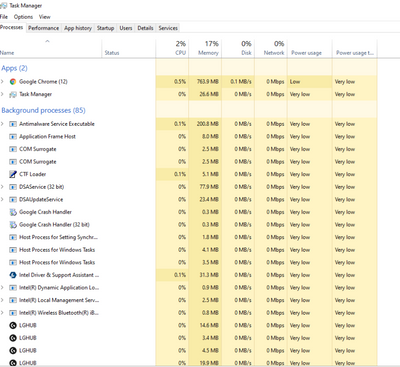 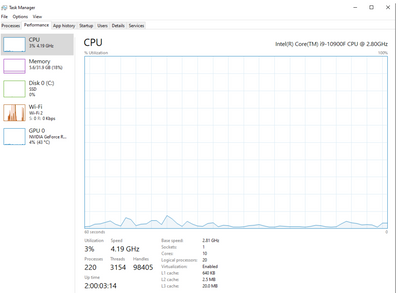 Hopefully all the information requested is here for you. Once again thank you for taking the time to have a look at this.

This problem seems that can be related to some BIOS and/or Operating System (OS) configurations, please try the following:

2. Go to the BIOS and make sure that there are no default overclocking settings in it. Verify with the motherboard manufacturer (OEM) for guidance.

3. Check if Enhanced Intel SpeedStep® Technology is disabled in the BIOS. If not, please disable it.

4. Check the power settings in the BIOS, check these values (we have the settings as a guide, however; you need to check with your OEM for the instructions and specific values to use)

2. I went into the BIOS to check for default overclocking settings. I am not exactly sure what I am look for so I have attached photos of the different BIOS pages.

3. I looked everywhere for Enhanced Intel SpeedStep® Technology and the closest I got to it was Intel Speed Shift Technology. Is this the same or similar thing. Once again please refer to photos.

4. For check the power settings in the BIOS I could not find anything with Watts only volts. Nothing with "PL1=65W  PL1 times=28s or 56s" or similar. Once again refer to photos.

Sorry to be a pain with this but this week is the first time I have ever been into a PC BIOS and I have learnt some very basic things, thanks to Youtube etc but do not seem to know where to look for the above information. I did notice though that the CPU temperature while in the BIOS was down to 90C but this still seems very high for what it is doing.

Thanks again for your reply and patients.

Here you have a video for BIOS reference, please check the minute 5:10: https://www.youtube.com/watch?v=GCJPkzJtUoA

Please remember, that you need to check these settings with the motherboard manufacturer, I am providing you the video for reference and guidance. However, before you change any setting on the BIOS, you must contact Gigabyte* for support.

Links to third-party sites and references to third-party trademarks are provided for convenience and illustrative purposes only. Unless explicitly stated, Intel® is not responsible for the contents of such links, and no third-party endorsement of Intel or any of its products is implied.

Once again thank you, you have been a great help so far. The video was very helpful and I managed to find and action your recommendations.

The good news is after the initial boot up where the CPU was reading 100C it slowly began to fall down (with the odd spike back up too 100C) to between 70-76C within five minutes. This was at idle only. I left it for about 20 minutes and it maintained 70-76C with the odd spike back up to 100C periodically. I still feel this is too high for idle compared to what I am used to. Is this a normal temperature for the 10900F?

The bad news is after feeling slightly confident with the drop in temperature I decided to give Borderlands 3 another go. The CPU temperature shot back up to and maintained 100C like before. I played for about 5 minutes and there was no change in the CPU temperature. One good thing from here though was I experienced no stutter and the FPS were much higher but with sizable dips periodically.

Slightly frustrated I went back to BIOS and loaded the original profile that was loaded. Funny thing is the CPU temperature is now sitting between 70-76C when idle with the original settings. Yet while I was in the bios the temperature was reading a constant 90C. Very confusing indeed. Just for the sake of it I played Borderlands 3 again and the CPU temperature shot back up to 100C and I had huge fluctuating FPS drops, lowest was 28fps and the bad stuttering had returned. So this proves your advice made a big difference in gaming performance.

I have received a return authority from the company that built my PC, that is why I returned the BIOS to the original settings so they could see what was happening, only thing is as mentioned the CPU temperature at idles is slightly lower at about 80C currently. So unless you can pin point something with the information I provided I will return it to the supplier for inspection.

As always thank you for your assistance.

In BIOS Setup environment, none of the power management capabilities of the processor are enabled. As a result, it will always be hotter when monitoring temperature within BIOS Setup.

I still say that you must have an installation issue. No cooling solution, however badly configured, would yield this lack of responsiveness (even if the fan(s) on the cooler were not operating).

Thanks for your reply and your comment on the temperature makes sense too. Looks like I will need to return it for reinstallation.

I must say I have learnt more about PC's in the last week than I have in the last 2 1/2 years of using them!

My PC is behaving in a very similar fashion to how yours was. I’m curious to know if you were able to get to the bottom of the issue. I have my suspicion that it is motherboard related. Mine also being auros is interesting. This issue has continued for me with both a cpu and cooler upgrade.
In response to MetalmanNZ
0 Kudos
Copy link
Share
Reply

I sent my PC back to where I purchased it. The fault was they forgot to connect the power to the water pump hence it was not working!!! I also upgraded my cooler to the Cool Master ML240L as a recommendation and for piece of mind.

Since this has been sorted I can run demanding modern games at 1440p max settings and the highest temperature I have seen my CPU get (while in summer) was 66 degrees celsius and 71 for my GPU.

I did not have to tweak anything on the BIOS except increasing my RAM MHz to 3600 to match my RAM sticks.

Hopefully it is something easy like that for you Runkle, best of luck with it. It is a lot of money to invest and all you want it to do is work!

You are right, the temperatures seem a little high even after the changes made.

I will recommend you to proceed with the physical inspection with your reseller, chances are you need a replacement.

We will proceed to close this inquiry from our side. If you have any additional questions, please submit a new thread and we will gladly assist you.