Bloodstained Ritual of the Night, PC gamepass version overlay issue, game can't be played on A770.

This is an issue raised from another thread from which a moderator suggested to create another thread. This is the original thread where the issue was raised.

When launching Bloodstained Ritual of the Night, a typical pop up screen from PC Gamepass showing your nickname and a button saying Let's Go appears and you can see the game on the background, everything fine and dandy, but once you click on "Let's Go", the game's screen goes totally black and while the music is sounding and the game is running without other apparent issues, the monitor's display tells me that it doesn't find any signal coming from the Displayport port.

Alt + Tab to return to Windows works. When you return to the game via taskbar, same problem, black screen.

Ctrl + Alt + Delete also works very well (I have this set to "Always on Top"). It appears on top of the game and yes, you can see the game's picture running in the background as you should see if you could run the game as the active window.

Once you switch from the Task Manager to the game, bam, the screen goes black once again, you can't play the game even if it is just running perfectly fine save for this issue.

I am pretty sure that gamepass window is the culprit, pressing on Let's go doesn't do much and there are times where it re-appears a second time.

If you use DXVK 2.0 this issue gets fixed, but that's besides the point. 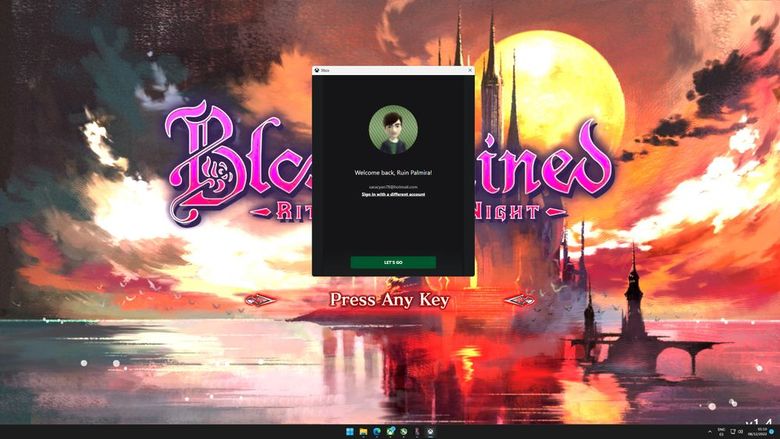 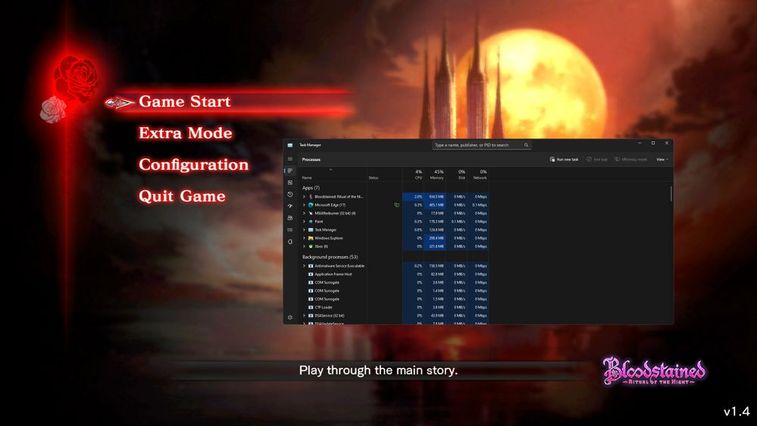 Update from the most recent version of drivers.

The issue persists, with a little change. With previous drivers, when the PC Gamepass pop up window appeared, you could see the content of the window when the game was running. As of currently, you can't. 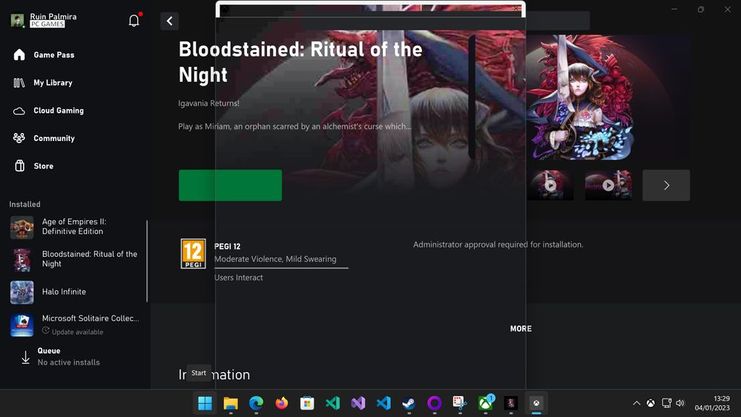 Even if you click all over the place in the pop up window to see if, by chance, you can click on the Let's go button to run the game, the popup window is just totally unresponsive, the only thing that works is the x to close the window, but if you do so, you can't advance to the main menu of the game.

The only fix I found for the pop up window to display as it did previously was to click on the game icon in the taskbar to go to the game and press Alt + F4 to close it. Once you close the game, then the gamepass pop up window appears correctly. Weird. And yes, the game is closed, which defeats the purpose.

Thank you for contacting Intel Technical Support for graphics.

when the gamepass pop screen shows. We are glad to assist.

If the system includes onboard graphics, try it with integrated graphics lowest

configuration for testing/reproduction of the problem, does it happen?

If you have an available 3rd party dedicated graphics card AMD/NVIDIA, does the problem happen as well?

What is the step-by-step for reproduction purposes?

In case you upgraded from different graphics card, follow the website steps to remove any former unnecessary/conflicting driver files  How to Use the Display Driver Uninstaller (DDU) to Uninstall an Intel® Graphics Driver

Please download, run and reply back attaching the .txt file of the tool Intel® System

Support and a graphics report (For download go the link https://www.intel.com/content/www/us/en/download/18377/25293/intel-system-support-utility-for-window... ).

Thank you for choosing Intel.

I am going to reply your questions 1 by 1.

The game is up to date, purchased like 2 years ago on PC Gamepass.

The most advanced settings, 1440p, Vsync off, Borderless.

I had a GTX 1060 3GB and a GTX 1080 when I purchased the game 2 years ago and never ever experienced that issue. The Let's Go button worked and got you back into the game, the game's screen and/or the displayport signal were never lost.

Thank you for the updated information.

Please clarify about the reproduction step by steps,

Does the PC gamepass pop up window shows twice? Does the problem fails when initiates into gameplay?

In order to investigate further , may we get the system reports.

Please download, run and reply back attaching the .txt file of the tool Intel® System Support and a graphics report (For download go the links

To continue helping you, please provide the information solicited before.

Have a pleasant day!

For whatever reason I missed the previous message.

I launched the game, which is the next game I want to complete (completed it already time ago but just got the "bad ending"), using the new update and it works like a charm. Thanks for fixing that!

I am glad to hear that as good news, excellent!

If you need further assistance, please post a new question as this thread will no longer be monitored.

It was a pleasure to assist.